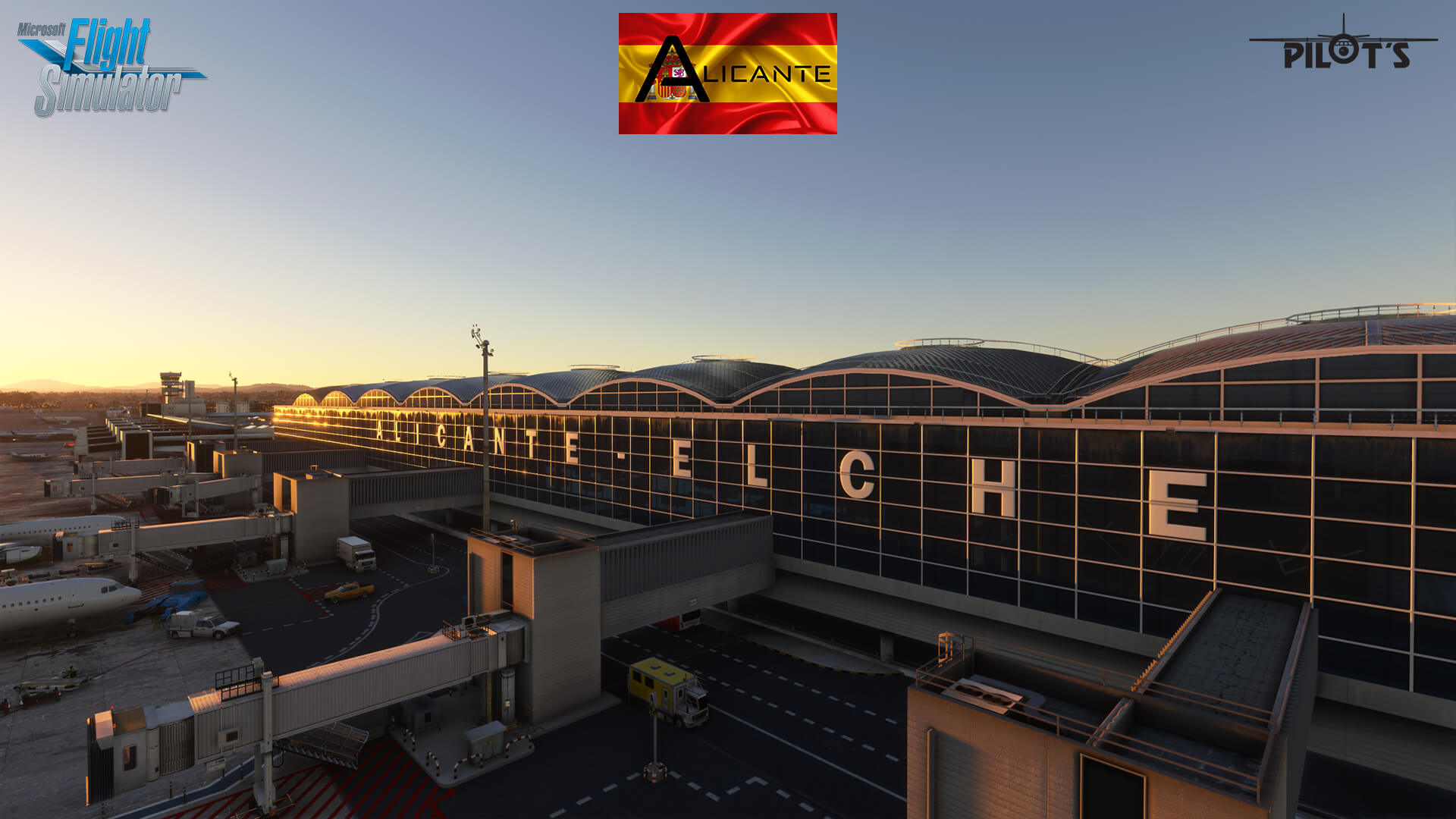 PILOT’S have recently published an update for their Alicante Airport (LEAL) for MSFS. This update brings numerous improvements and changes since Version 1 of the scenery, which was released on September 17th of this year.

PILOT’s have developed numerous sceneries for Prepar3D, Microsoft Flight Simulator, and X-Plane 11. Alongside their scenery products, PILOT’S have also released the Boeing B314 Clipper for Prepar3D. The group has been developing high-quality sceneries for over 2 years now that never seem to disappoint.

Alicante-Elche Miguel Hernández Airport is the fifth busiest airport in Spain following Málaga-Costa Del Sol. The airport is travelled to by passengers who are visiting Spain’s sunny shores, and also travelling onwards to Benidorm. Alicante Airport has over 20 airlines flying to and from the airport as well as over 50 destinations.

PILOT’S states on their Facebook Page that multiple changes and improvements have been made in this update. They have stated that the ALS (Approach Lighting System) has been changed for both ends of the runway and added custom runway edge and end lights. A full changelog can be found below and on their Facebook post:

You can purchase PILOT’S Alicante from their own web store for €22.95(26.65 USD). The developer also mentioned that owners of the Prepar3D version of the airport do get a discount on the Microsoft Flight Simulator version, although this promotion will end soon.