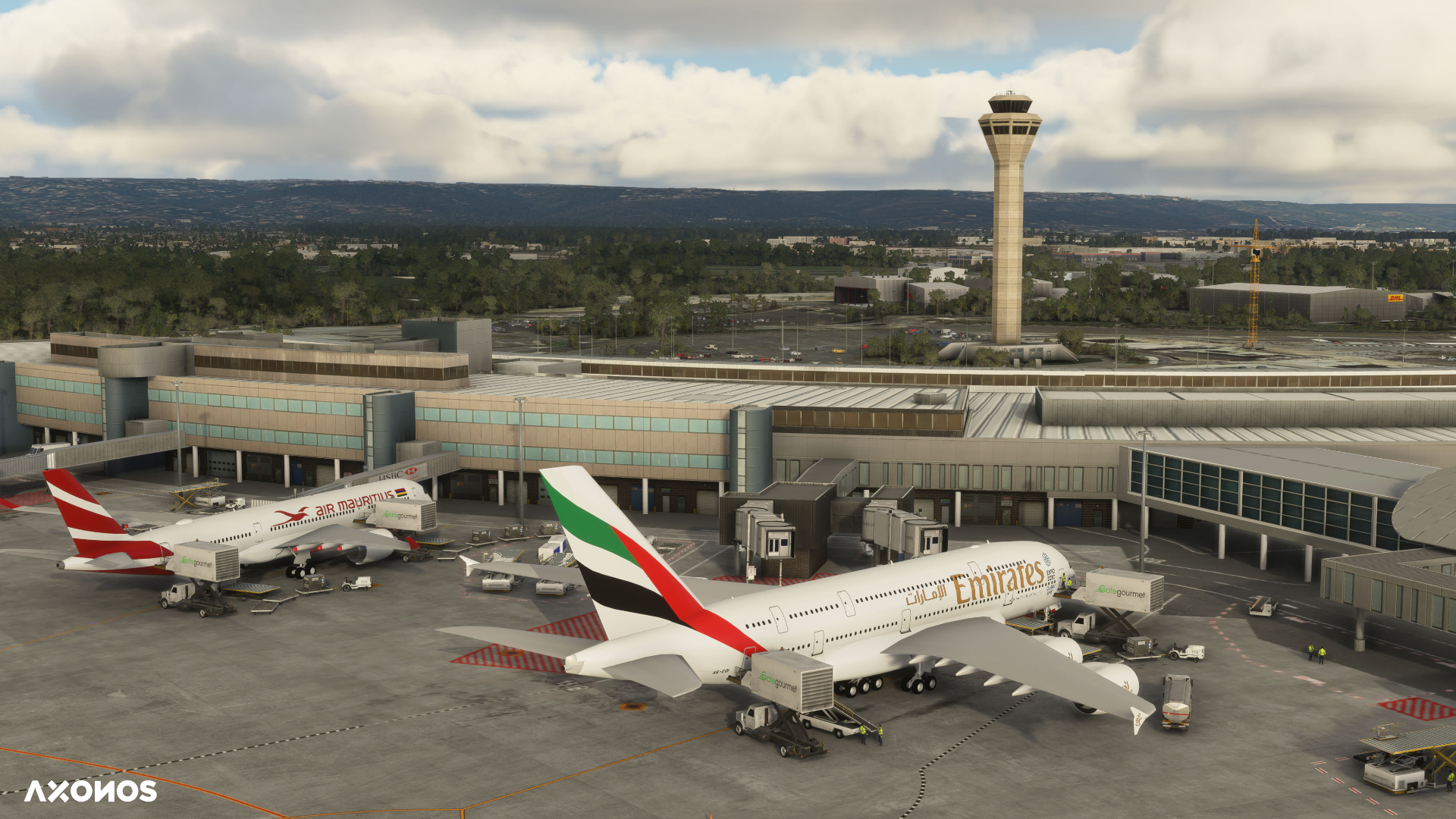 After teasing the project in early April, Axonos has released their take on Perth International Airport (YPPH) for Microsoft Flight Simulator. The package features ortho imagery complete with custom surroundings, PBR texturing and a handful of other items.

“Located in the north-east of the city, Perth Airport sees an average of 14 million passengers each year, with some of the busiest routes seeing flights to Singapore, Melbourne, Brisbane and Denpasar” the development team states, also adding that Perth is the 4th busiest airport in Australia.

This release marks the team’s first scenery release for Microsoft Flight Simulator, following the release of their rendition of Jackson Hole Airport (KJAC), for X-Plane 11, in late March 2021.

Included with the download are the following notable features:

Axonos’ Perth International Airport requires both $19.99 to purchase on Gumroad, as well as 1.45GB of storage.