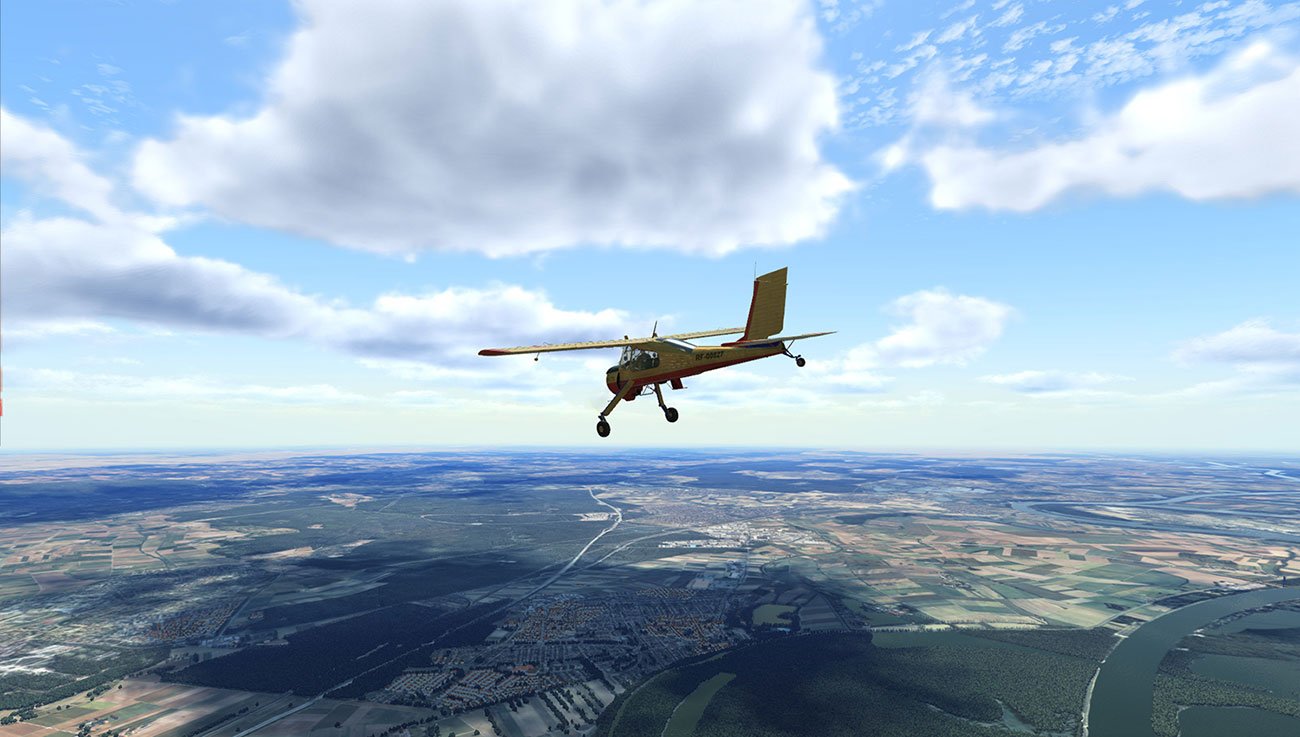 A new simulator appeared early Wednesday morning, The World of Aircraft: Glider Simulator which represents the first to enter the series. Glider Simulator puts you in the cockpit of the aircraft you find on an airfield dedicated to gliders. You will find older and modern gliders, even a motor glider and a glider with auxiliary engine situated in the simulator.

Glider Simulator places you at Herrenteich airport, a small airfield on the borders of the Rhine river, close to Speyer (and Speyer airport is included). A 50 by 50-kilometer area is modeled in high detail with tens of thousands of trees, houses and commercial buildings. A 30-centimeter ground image provides a perfect backdrop for the area.

Some of the features include:

Aerosoft quoted that Glider Simulator is a pure VFR simulator so it only simulates flights done without complex instruments which requires you to navigate with your compass and your eyes. The team added that once you complete the training missions you receive access to a Multi-player gamemode.