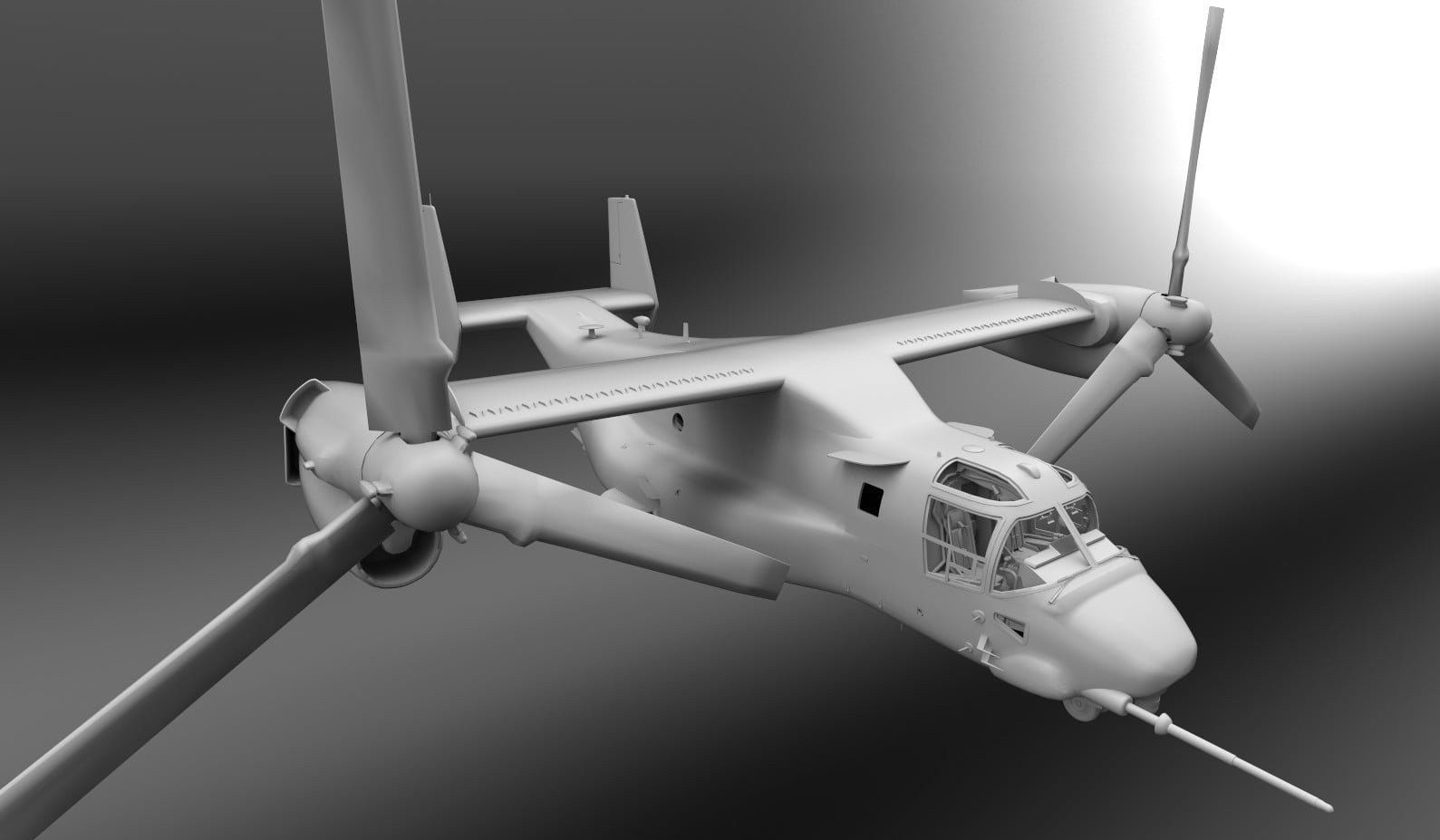 AOA Simulations has taken to their Facebook Page to share their revamped MV-22B Osprey, for X-Plane 11. Since its original announcement over a year ago, the VTOL aircraft has been previewed again today, showcasing more cockpit, cabin, and exterior modelling images.

The new model is on the back of a set of new “unclassified” images the group received. As a result, the team’s 3d modeller pointed out numerous modelling inaccuracies. They add that they found inaccuracies “especially near the main landing gear section and the rear of the fuselage of the MV-22B”.

All work-in-progress paint jobs had been put on hold, as work has now been aimed at updating the 3D model of the aircraft. “We also used that break to add numerous details to all existing objects,” the team states.

All images shown in the previews shared are finalized renders of the 3D model of the aircraft.