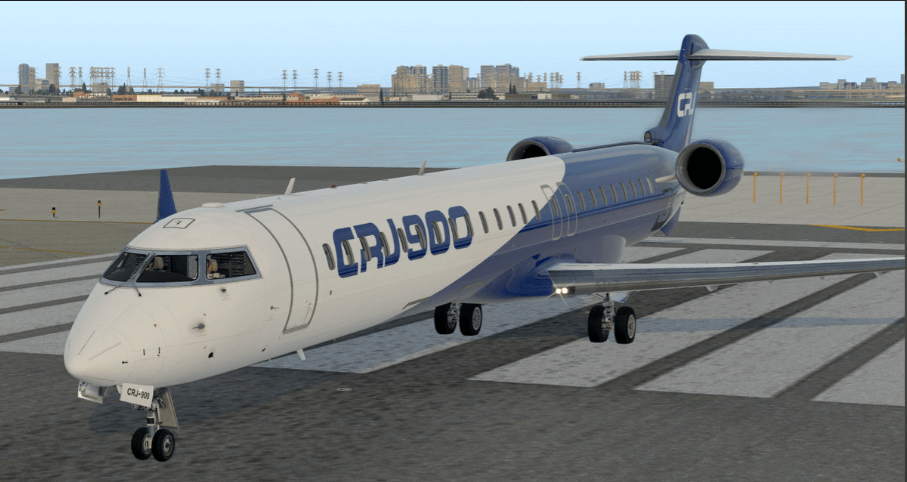 Aircraft developer ADSimulations, known for releasing the CRJ-700 for X-Plane 11, has published a sequel to the aircraft series with their new CRJ-900. The -900, first announced in early April, is an extended variant of the CRJ series. The aircraft features "basic systems" but will contain "deeper systems" in subsequent updates.

The Mitsubishi CRJ-900 is an extended variant of the CRJ-700 base model in the Bombardier Aerospaces' regional jet product line. It features 1,553NM of range, can accommodate up to 90 passengers, and cruises at Mach 0.82. The plane is used in various environments worldwide, though it can be found in excess with American, Delta, Lufthansa Cityline, and SAS.

ADSimulations CRJ-900 has an extensive feature list, so here's a layman's version of it:

ADSimulations previously mentioned that the ensuing release of the CRJ-900 will be an update to their existing CRJ-700 product.

If you're interested in purchasing the ADSimulations CRJ-900, you can do so on the X-Plane.org store for $49.95.

edit: CRJ-700 customers can get the CRJ-900 for 30% off. Please find the discount coupon in the original CRJ-700 invoice at the store.