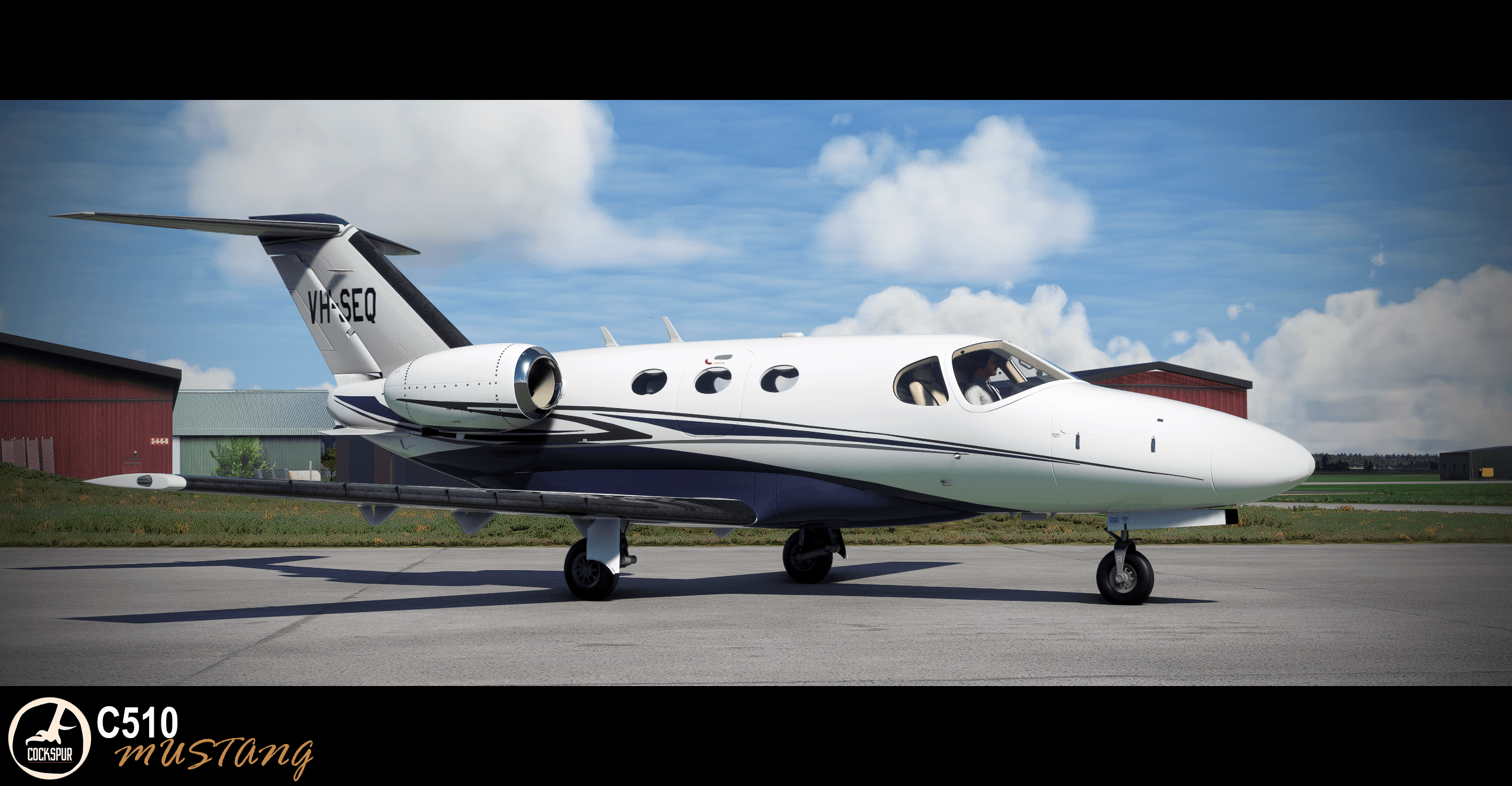 A very cool corporate jet is on its way! Cockspur, an FS2020 developer of the A22 Foxbat and the SG38 Schulgleiter, has posted a recent trailer of its C510 Mustang. The project has been under development and is making significant progress. The trailer shows an accurate rendition of the Citation Mustang, a light business jet capable of seating up to four passengers with a range of about 1,100 nautical miles.