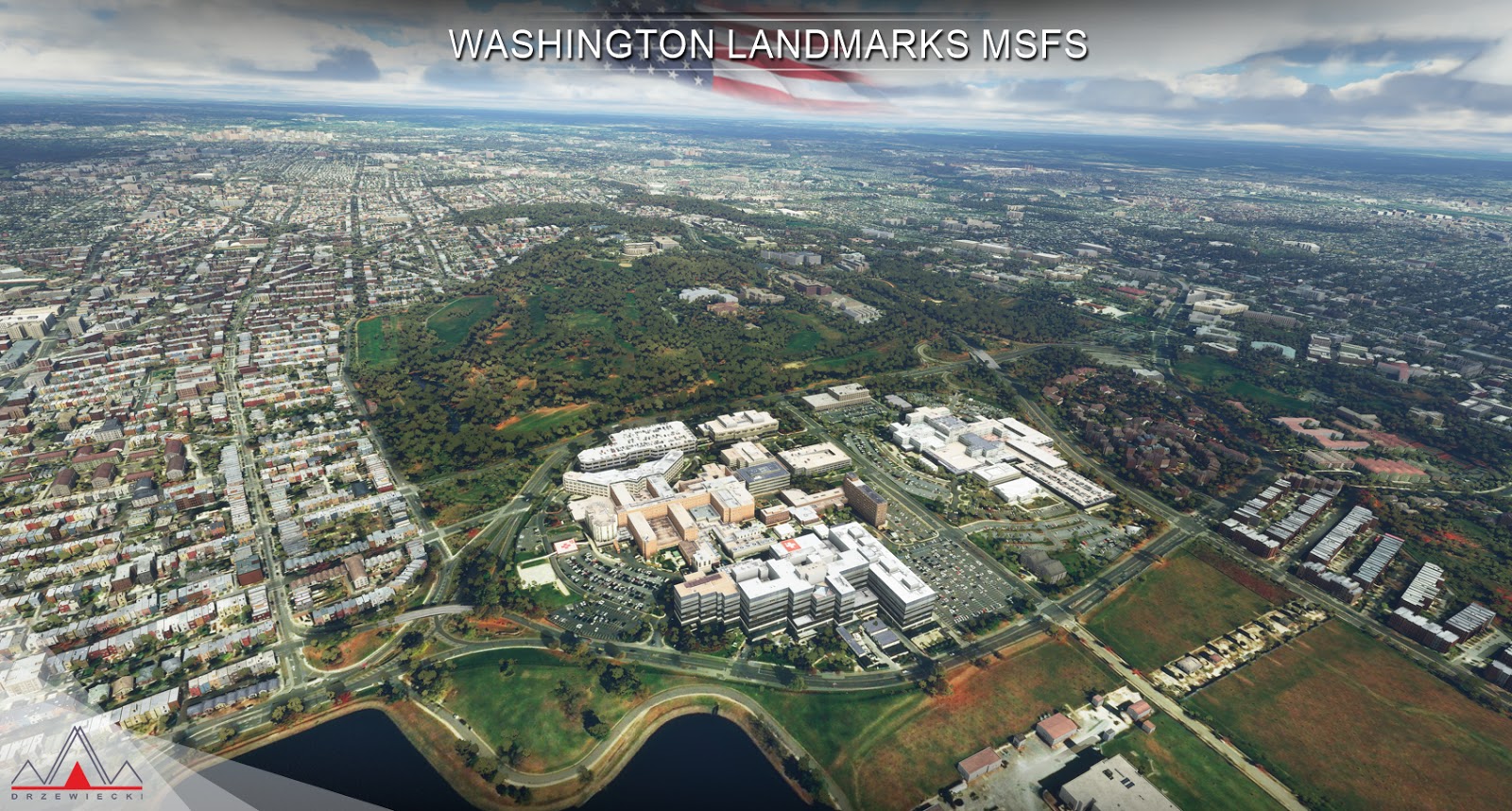 Drzewiecki Design’s Washington Landmarks has been updated to version 1.1, adding some new buildings, bridges and models. This follows its initial release in early September 2020.

This update includes numerous brand new features, some of which include a change in White House figures and the addition of three new landmarks. With the package comes over 1,500 accurate custom made models to recreate the city along with PBR and even some improved airport sceneries.

The changelog includes the following:

In order to update the product, existing customers are instructed to redownload the product completely as the downloads have been replaced with the newest update.

In the meantime, non-existing customers can purchase Washington Landmarks for Microsoft Flight Simulator for EUR 14.99 on simMarket.