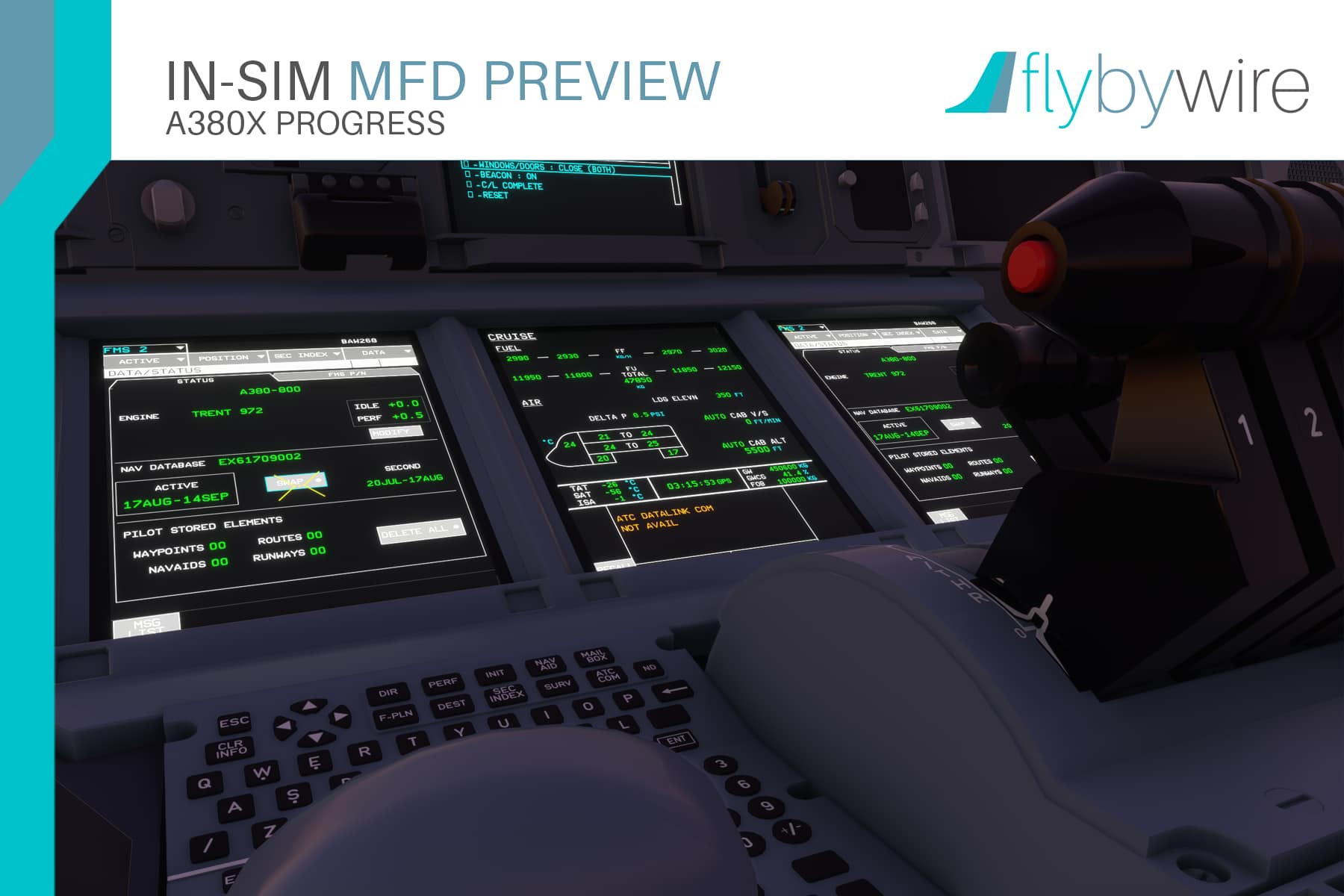 Continuing to bask in the success of their modified default A320neo for Microsoft Flight Simulator, FlyByWire Simulations is working hard on their next project with new images of its cockpit published.

The A380X has been known about for some time now, and it appears that the team is steaming along nicely with the publication of a series of renders and screenshots of the cockpit from a variety of different angles, first shown in their episode of In the Hangar.

FlyByWire stressed in their Facebook post that whilst base colours and decals have been applied, the texturing process has yet to begin.

Much like the Zibo mod for X-Plane, FlyByWire’s success has been the result of over 140 contributors taking the default A320neo and enhancing it further.

They are looking to join forces with Microsoft in a similar fashion to Working Title, but have yet to hear back.

Threshold conducted a series of interviews with FlyByWire in January, exploring how the team came to fruition, the workings of the simulator, and the magic behind the A32NX.