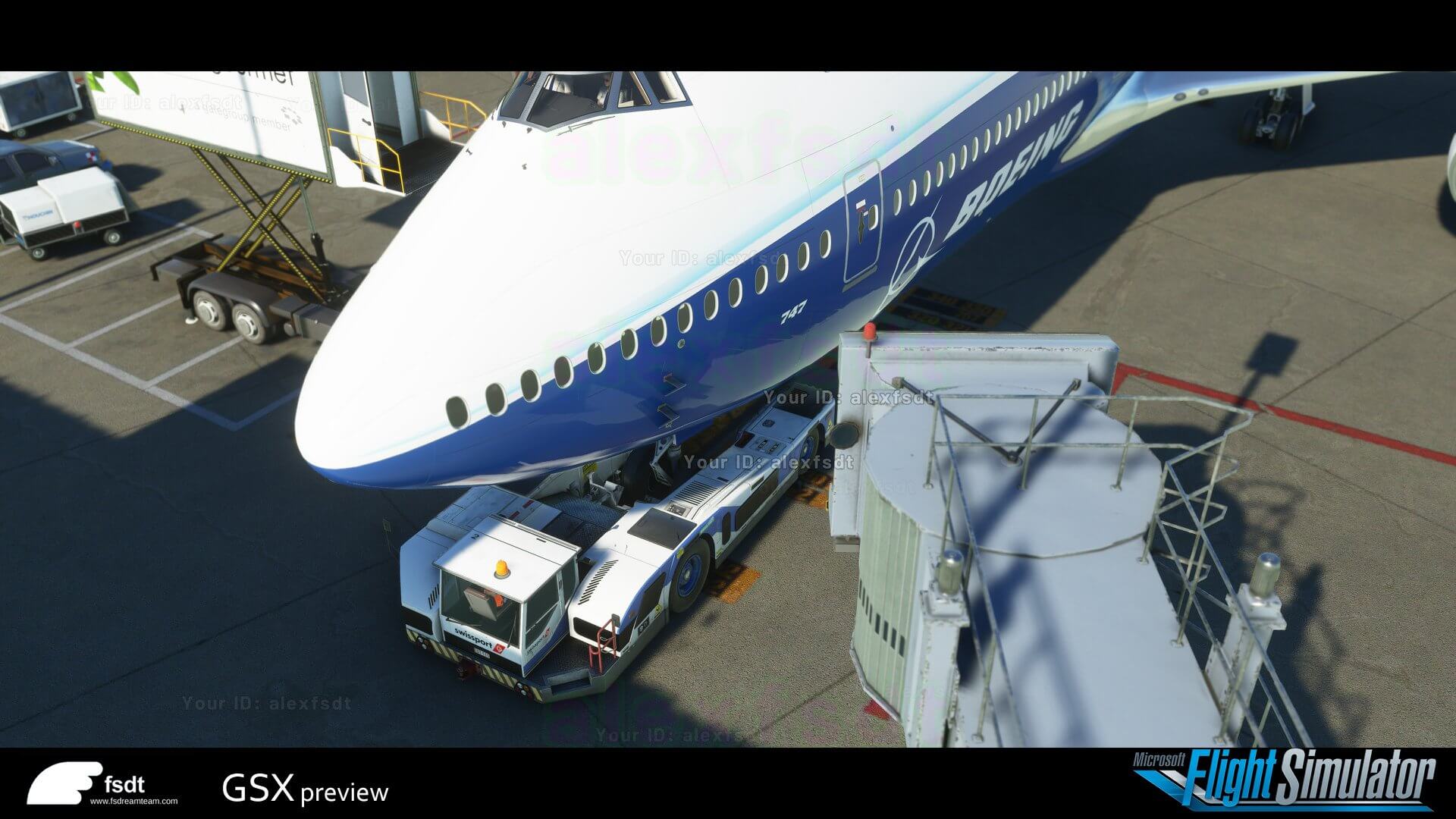 Umberto Colapicchioni dropped a second preview on his YouTube Channel regarding GSX for Microsoft Flight Simulator, showcasing the product's pushback procedures and animations, whilst the upcoming product is in its alpha build stage of development.

This video starts off with Umberto summoning the GSX menu, and from eyeshot, viewers can see a variety of options from the menu. Items such as catering, refueling, boarding, and jetways are all shown in the UI along with other options the plugin is known for in its P3D and FSX counterparts.

After clicking on the pushback option, viewers see a handling operator menu, giving users the option to choose what air carrier operation pushes them back from the gate. The options included in the video are British Airways, Easyjet (both white and orange logos), and Virgin Atlantic. After choosing one of the options, viewers then can see a pushback tug pulling up to the aircraft, involving a ground crew member, fully animated.

After that, the aircraft pushes back, and once again, ground crew animations are fully animated, along with realistic flags and such being animated, and modeled.

FSDreamTeam did add a disclaimer that the product is in its Alpha version with features being subjected to change. Alongside this, no price or release date was announced by the development team.