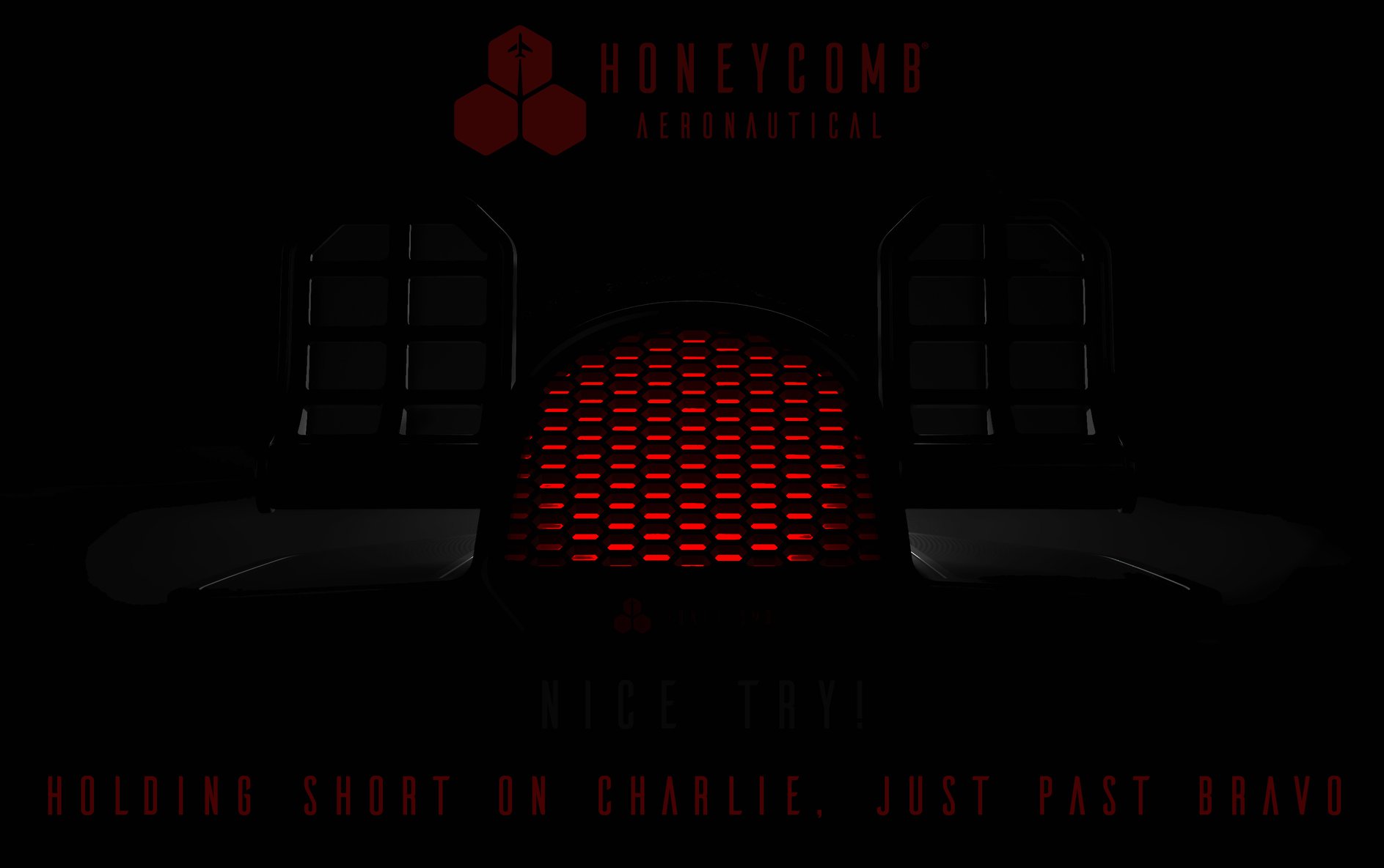 Honeycomb Aeronautical, a relatively new but known name in the flight simulation community, has posted a single image showing what would have been announced at this year's FlightSimExpo in Las Vegas.

The event was cancelled yesterday in light of the coronavirus pandemic, which has left many developers who hoped to make various announcements and presentations in an awkward position, including honeycomb Aeronautical.

Although not formally announced, the hardware manufacturer took to Facebook with an image of what appears to be rudder pedals, likely to be title Charlie Rudder Pedals or similar and following the naming convention of previous products.

"We're very sad about the news that FlightSimExpo has been cancelled, but completely support the decision.

"Here's a little teaser of what was planned to be announced at the show."

The Bravo Throttle Quadrant was planned to be available in the second quarter of 2020, but such a timeframe has been hampered by the coronavirus situation.

This is backed up by a post from Honeycomb Aeronautical two weeks ago, which covered some of the production details and stated the launch of the product has been delayed by at least 2-3 months.

As and when the official announcement of the rudder pedals is announced, Threshold will be sure to keep you informed.

Honeycomb Aeronautical can be followed on their Facebook page.