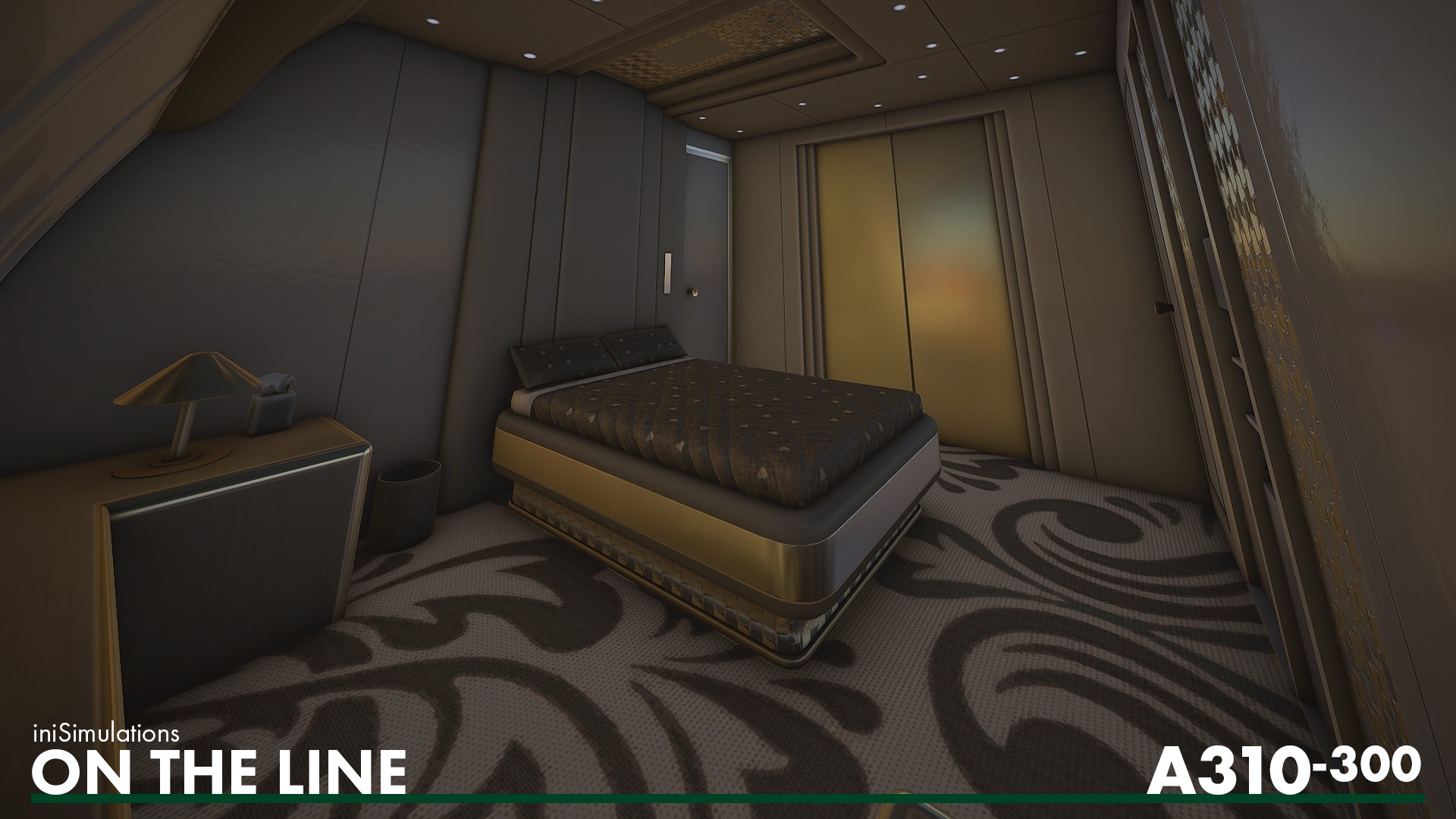 Towards the end of last week, iniBuilds dropped development update number 14, putting significant focus on their iniSimulations A310-300 ON THE LINE.

As can be seen, a personal bedroom, office and lounge make up the cabin interior of the aircraft, with iniBuilds beginning to prepare for its release.

“As another reminder, if you own the A300 you are eligible for a 35% discount off the A310.,” reiterated iniBuilds in the forum post the update was attached to.

“The next time we provide an update on the A310, will be when we have a finalized changelog and completed features list - all in preparation for release!

“In the meantime, a rigorous testing process will continue, to ensure the aircraft is in the best position possible once you get your hands on it!”

iniBuilds also took the opportunity to introduce a loyalty programme for their store, allowing users to earn 10 points for every GBP £1 spent (excluding VAT).

Those who have already shopped at the iBuilds Store will receive 550 points if they have spent £29.99 or more, and those who have spent less than that amount will get 250 points.

“This is one of the key points of feedback we received from a lot of customers who wanted to retail with us; and we are super happy with this new scheme that is now available.”

On top of the A310, iniBuilds also released Fox Islands for Microsoft Flight Simulator on the same day.

“Take a VFR trip over to Lake Michigan and discover this mysterious destination known for its association with a series of unsolved conspiracies,” wrote iniBuilds.

“Currently uninhabited, you can make North and South Fox islands your North American VFR aircraft hub as you please in the world of Microsoft Flight Simulator.”

The scenery can be grabbed for £5.99 from their store.

It consists of these features: