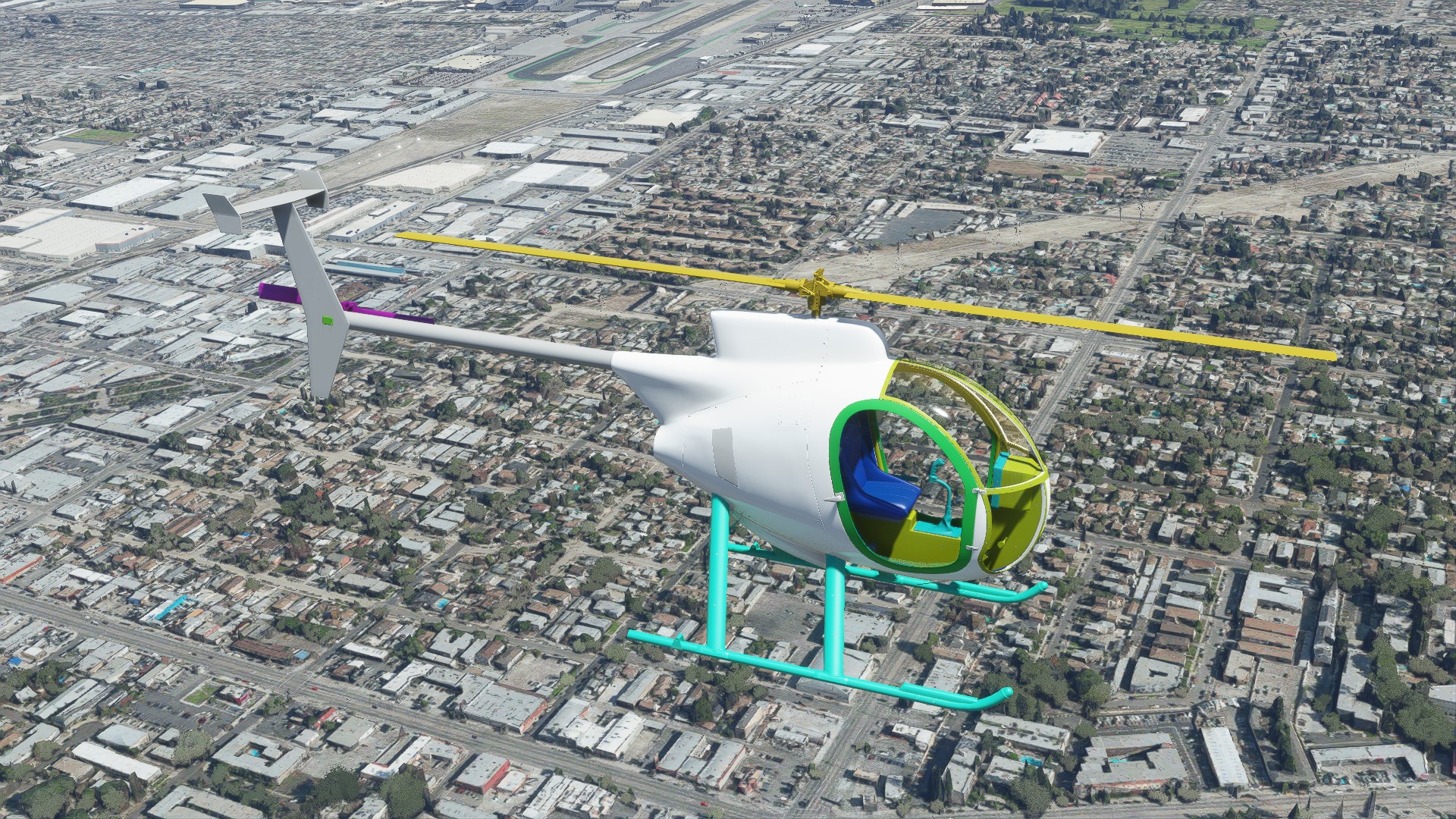 Development team IndiaFoxtEcho has announced their next project for Microsoft Flight Simulator. The group introduces us to the Revolution Mini-500, a single seater helicopter.

IndiaFoxtEcho states that they were able to experiment with creating their own custom flight model, making helicopters a possibility in the simulator. The project, they add, is only a research project exploring those possibilities and may not be officially released.

“We have starting experimenting with this in late December, and it was soon clear to us that we could try and build a proper helicopter. We have also involved experts in helicopter simulation in the development to create a "by-the-book" dynamic model” says the development team.

“We have no release date so far, and actually it is not even 100% granted we will be able to complete it, but it has been an extremely interesting learning experience” the team adds.