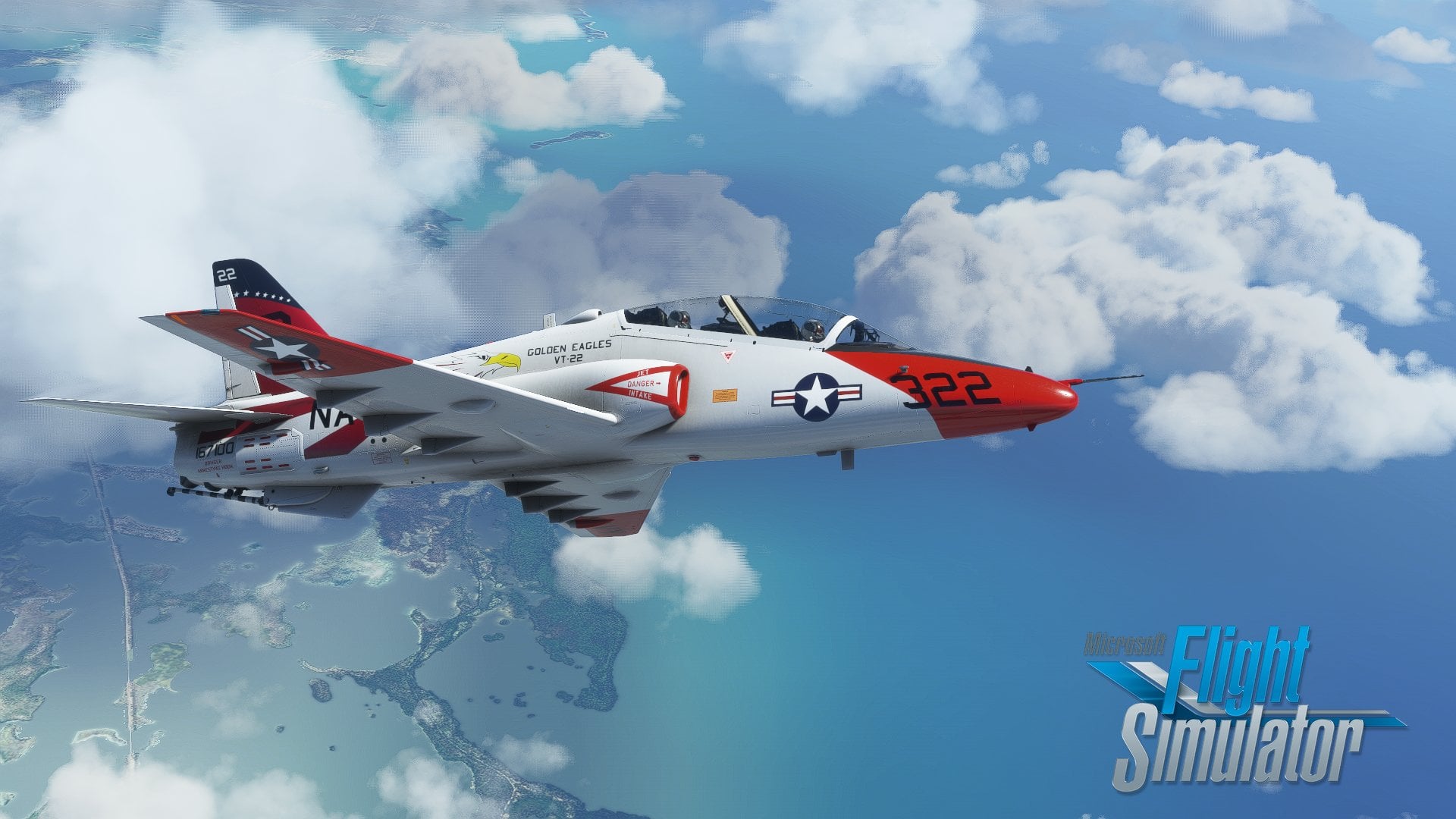 Indiafoxtecho's latest military recreation is now available for Microsoft Flight Simulator, in the form of the T-45 Goshawk - a jet training aircraft capable of both land-based and aircraft carrier operations.

The aircraft is used by the United States Navy as a training aircraft and commenced its service life in the 1970s, replacing a range of other aircraft used for the same purpose.

The T-45 is a highly modified version of the British BAE Hawk.

Indiafoxtecho's rendition of the aircraft includes the following features:

A few strings come attached to this list, however, with the developer stating that due to 'SDK limitations', the heads-up display is not collimated. They say that 'this can create minor problems during precision landings.'

It is also recommended that users disable the Temporal Antialiasing (TAA) option for optimal HUD readability.