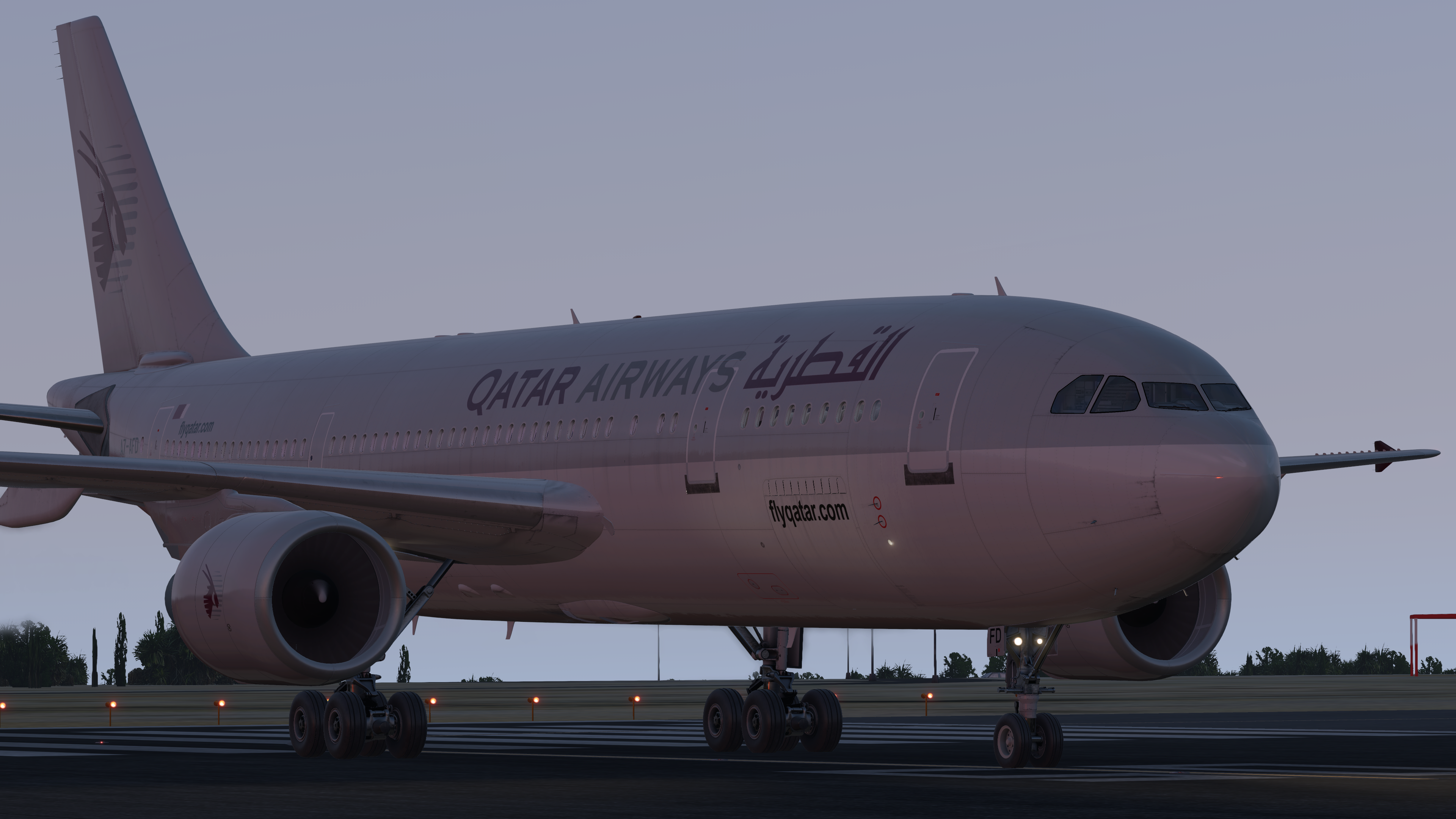 The original article is still available below.

Following on from their changelog publication yesterday, iniBuilds has finally pushed out their first major update to their much revered A300 simulation. The update pushes the version number to 1.10 and brings to the board a plethora of improvements along with a heavily anticipated addition to the lineup: the standard -600 passenger variant.

The sheer scale of the update neccesitated users to remove their existing installation and redownload the aircraft again through their iniBuilds store account.

In addition to the pax variant, the update opens the product up to accesibility towards macOS users, and users flying with the weather add-on Active Sky for XP. Other major additions include a Custom Weather radar, and a substantial rewrite of the system code (20-30% of the entire code as detailed on the team's 30 minute walkthrough of v1.10).

The significant reworking of the codebase also brought a long list of bug fixes across the product. Significant redevelopments and enhancements to the EFOB, A/THR, ND Drawing for FPS, Autoland, and an entirely new thrust control logic & spool times also comes included in the update.

Here is the rest of the changelog:

This update can be downloaded via your iniBuilds Store account, remember to uninstall your previous/existing copy prior to installing the new version: store.inibuilds.com/account

Special thanks to Recoil for the scoop on our Discord server!