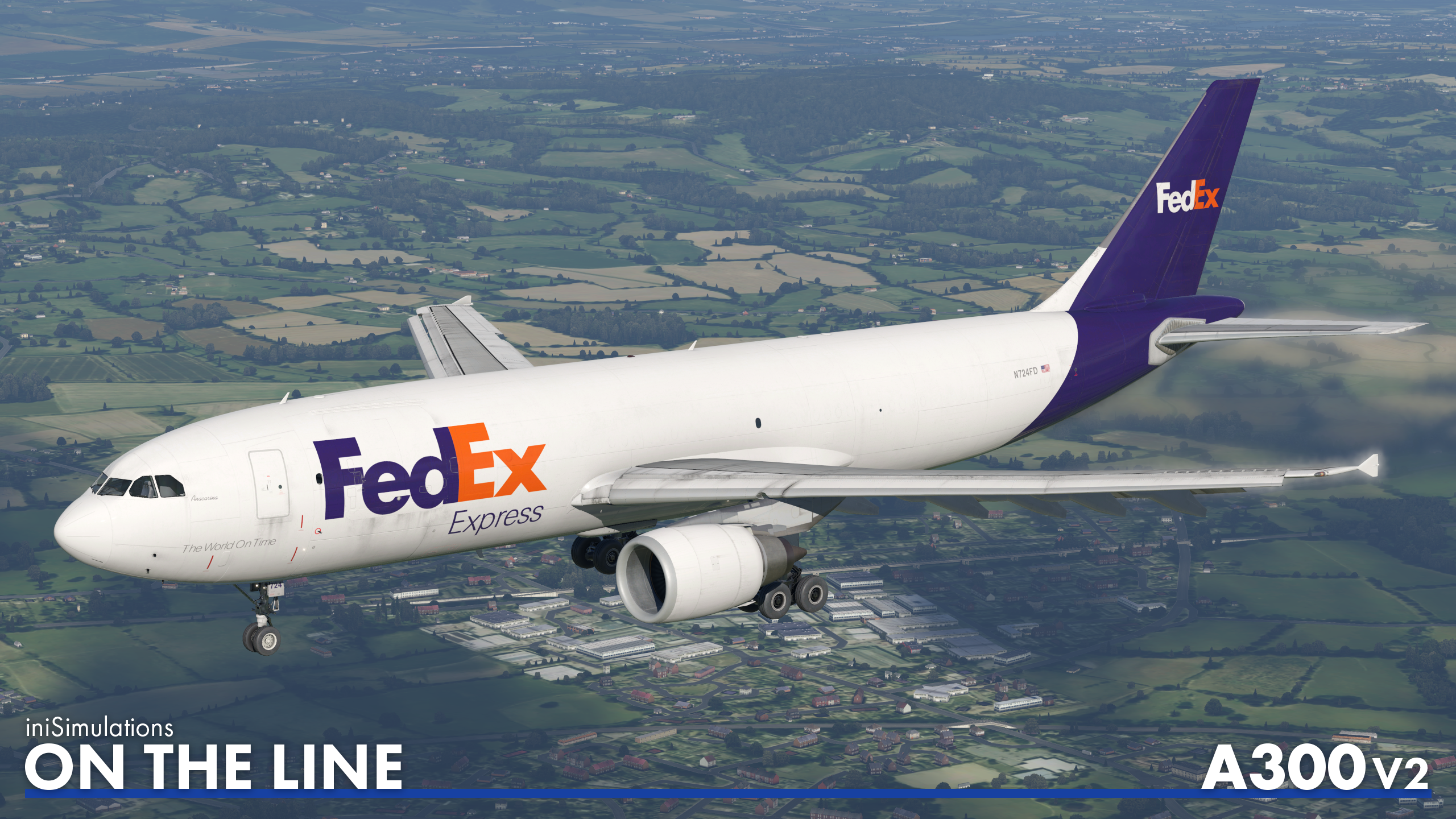 In the two months since iniBuilds’ previous development update, the team assures us much progress has been made: in today’s posting, we learn more about a timeframe for the group's standalone updater called iniManager, plus some insight into the A310-300 for Microsoft Flight Simulator and A300v2 for X-Plane.

The group’s head Ubaid Mussa began with news for iniManager, which may be delayed to early November due to some bugs in the MacOS version of the software.

“Our team on this is working very hard to make [releasing on time] a possibility, but release may bleed into early November. This is due to the resolution of some minor bugs in the Mac iteration of the application, and we want all customers to be able to access the iniManager from Day 1! Our apologies in advance, if a delay is indeed experienced.”

Once iniManager is released, an update will ship out for the group’s Airbus Beluga ST. All features for that update can be found in last month’s development update.

Next up is news on the A300v2 for X-Plane. The new features in version 2 will come as a free update for all customers who currently own the aircraft and will come with various improvements from customer feedback and additions drawn from the A310-300 and the Airbus Beluga which have been released since.

CPDLC/ACARS and autosave will join the list of new features in addition to the new flight model, 3D updates and bug fixes. They have also stated that wingflex has been enhanced in A300v2.

They have stated select liveries will be available upon release that can be dirty or clean. The group hope that the update will release by the end of this year. Threshold will keep you updated.

Moving on to iniScene, iniBuilds’ scenery sub-branch, which has started a new scenery project following the recent release of EIKY, Kerry.
San Antonio Airport, KSAT, for MSFS and X-Plane 11 will be the team’s next project. The field serves 25 destinations from a number of regional and major US carriers.

“This airport is highly work-in-progress but has made some significant progress in the past couple of weeks! We hope to update you more on this as development progresses.”

In development update 16, the group stated that they have started work for the A310-300 for Microsoft Flight Simulator.

In the two intervening months, systems, fonts, textures, sounds, and flight modeling have been progressing and although full previews aren’t ready quite yet according to the developer, the coming months should bear more fruit in this department.

To wrap up, Mussa reminded customers that their Cross The Pond sale will end tomorrow - the A300 and A310 are currently retailing for a special price of £59.49 via their web store.