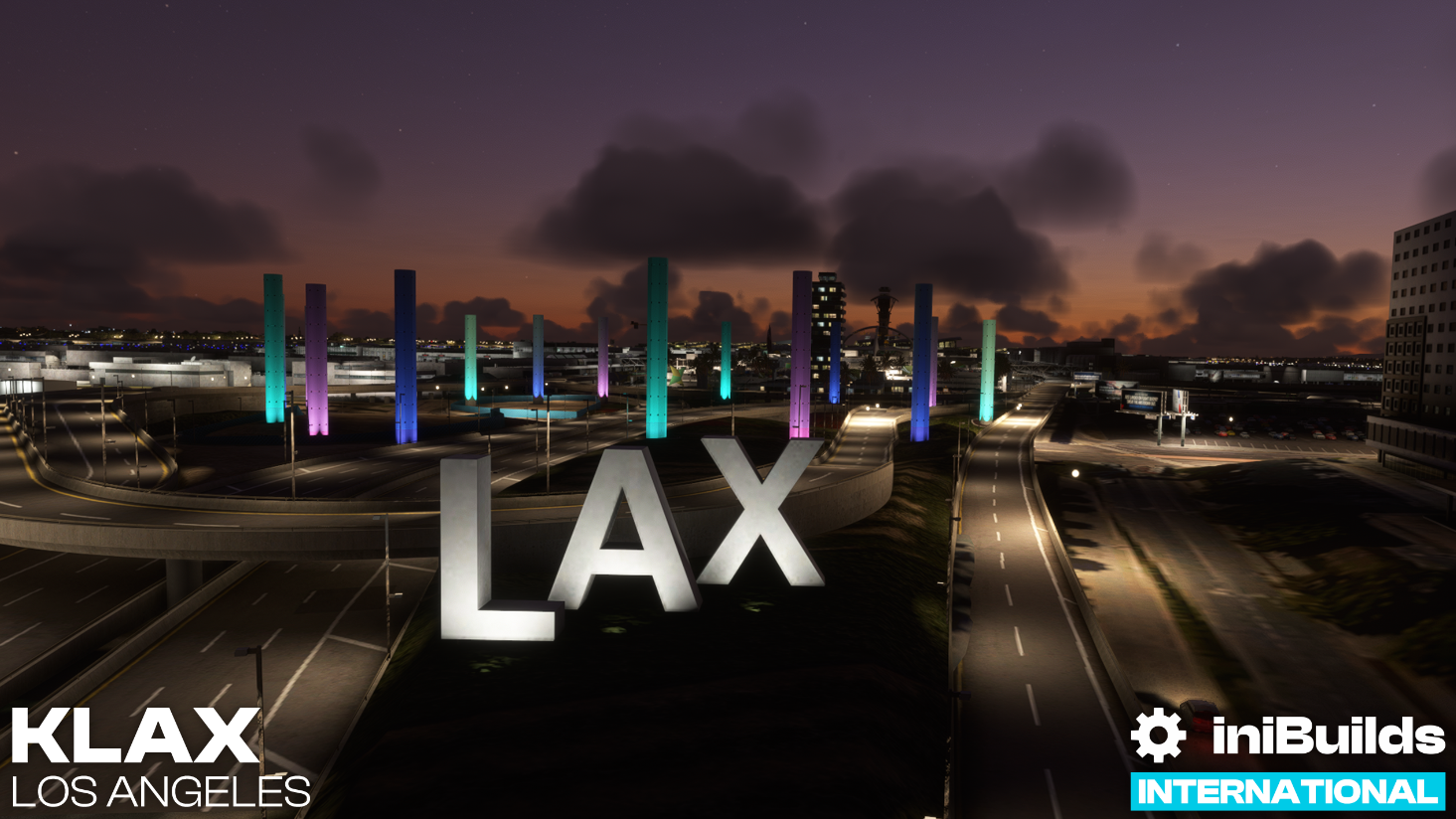 The iniBuilds team have announced the release of their upcoming scenery, Los Angeles' LAX Airport. Over 170 different airlines serve the Los Angeles International Airport, being one of the busiest airports in the world making it a must-have in your flight sim.

It is well known that iniBuilds pay close attention to detail when it comes to making scenery, making this upcoming release is no exception! This version of LAX is based in early to mid-2022, easily familiar if you've flown into LAX recently. iniScene detailed a slew of features in the official forum post here. Features include handmade ground textures and dynamic airport lighting.

You'll find familiar logos, decals, and ground vehicles on the ramps creating the busy congested feel of LAX. iniBulids have also modeled terminal concourses by hand, giving you more things to check out and explore between flights. Of course, the iconic LAX entryway sign is modeled with dynamic lighting!

Currently, KLAX is in beta testing so expect a release in the near future. iniScene has released a promo trailer detailing more features and details not listed in the announcement post. Check it out below It's worth a watch! Expect more information regarding the release here at THRESHOLD.