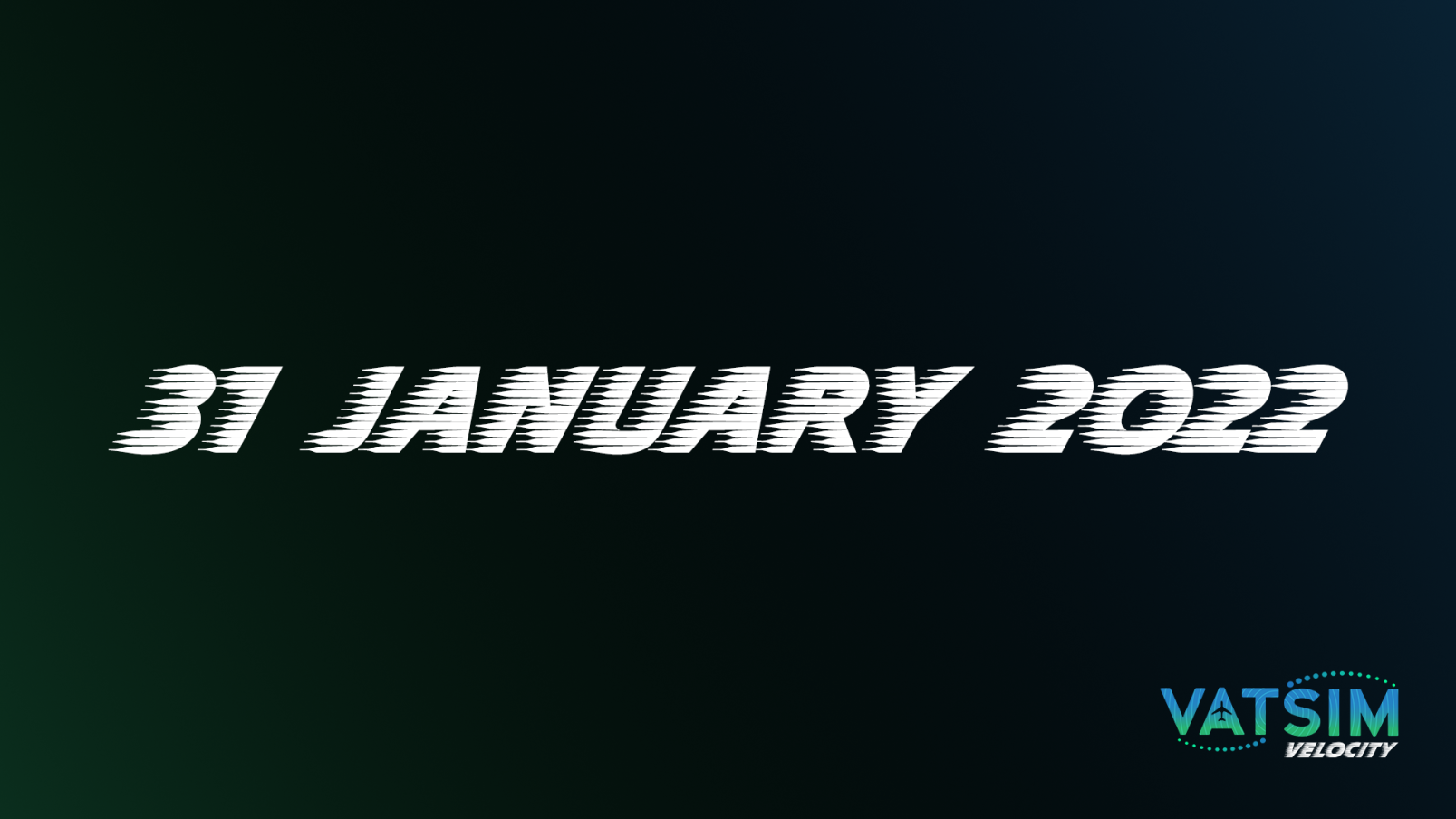 VATSIM Velocity to Launch By The End of January

VATSIM has shared the last and most major teaser of their Velocity software update, having premiered a video on their YouTube channel today. VATSIM’s Velocity public announcement was the best part of a year ago, in mid-March 2021, since which the team of volunteer software developers has been working behind the scenes developing the new backend software changes. Large amounts of the community were also enlisted to test the software, with a large scale test of over 300 users at Atlanta taking place to perform the first stress test of Velocity.

As reported in the early hours of today (29th Jan) VATSIM shared a cryptic teaser of a release date, with the details blurred out. Swiftly following this image, VATSIM previewed a preview video of the capabilities of the software alongside the release date of January 31st 2022. The preview video was highly anticipated amongst many hardcore users of VATSIM, having more than 600 people awaiting the announcement.

For those out of the loop, VATSIM Velocity massively boosts the refresh rates users experience for other aircraft on the network. The boost takes the refresh rate from once every 5 seconds (0.2Hz) to 5 times per second (5Hz). The large boost eliminates large inaccuracies that would be experienced when flying closer to another aircraft, particularly at slower speeds in aircraft like helicopters or smaller prop planes.

The update to the software will bring downtime at the time of launching, but the development team has promised users that this will bring as minimal impact to users as possible. For those who also control on the network, it has been stated that no impact will be made to existing ATC Clients and these will continue to operate as normal.

Check back on Monday when Threshold will be sure to let you know as soon as you can check out velocity in its full smoothness!