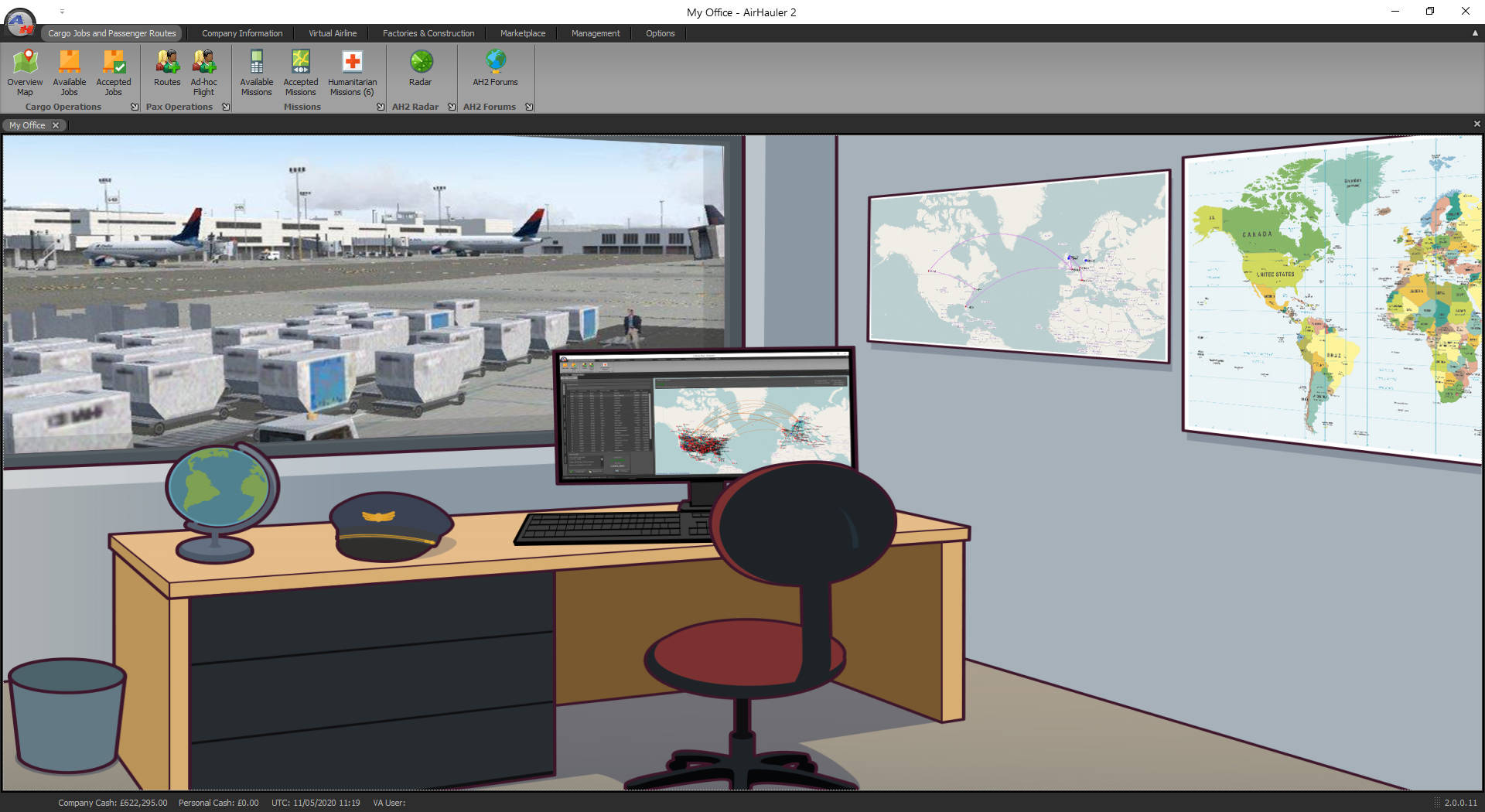 Following several months of development, Air Hauler 2 for X-Plane 11 has been released by Just Flight.

The plugin has been praised by long-time simmers in the past, allowing them to take control of their freight and passenger company.

Users can operate aspects of their company in both the cockpit and the boardroom, and make it as large and complex or small and simple as they wish.

"The limitless possibilities and flexibility of Air Hauler 2 will let you immerse yourself totally in every operational detail of your company - each crucial flight will have an effect on the reputation and reach of your expanding empire," reads the product page.

"The level of complexity is up to you - simply fly jobs between bases and buy or lease aircraft, or carve out a career in the air freight or airline industry by hiring AI pilots and risking everything on loans to fill up your dream hangar.

"Air Hauler 2 tracks all your financial activity, whether you're buying aircraft or air bases, fuel or repairs, or paying for landing fees or even loans and leases. Take out insurance if you think the part-time pilots you've hired might let you down when you can least afford it."

Some highlights from the detailed description include missions, virtual airlines, upgrades to bases, type rating system, and the ability to buy aircraft, either new or second-hand.

The plugin was originally announced in November, and Just Flight's promise of it coming this year has indeed been met.

All the details of Air Hauler 2 are available to read on the product page, along with additional screenshots.

Users can purchase the plugin for GBP £32.99 directly from the developer here.


Shout out to GyverX for letting us know of the plugin's release! You can join our Discord server through this link.