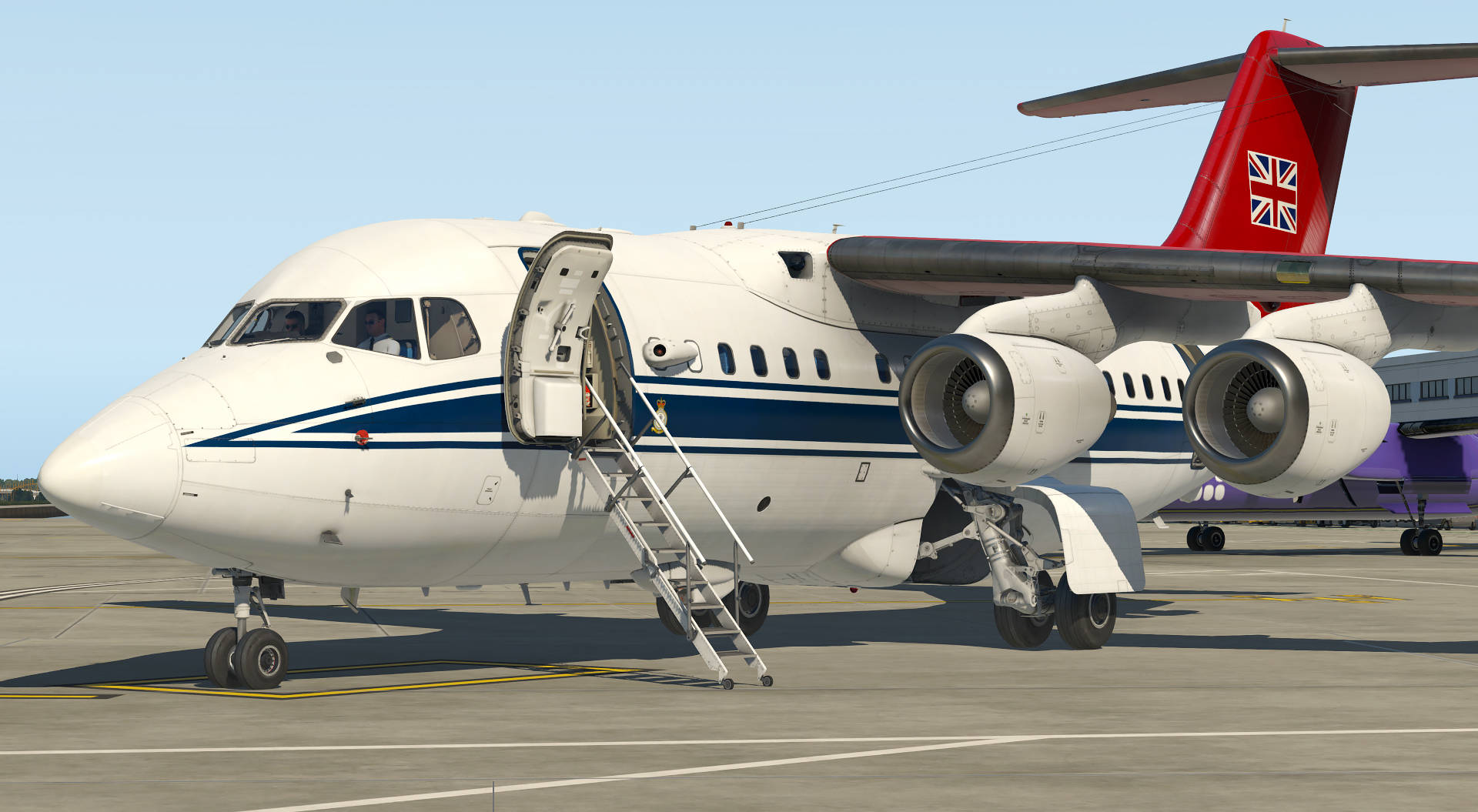 Following many months of screenshots, videos and information being teased by the developer, Just Flight, in collaboration with Thranda design, has released their BAe 146 Professional for X-Plane.

The aircraft does not currently ship with a custom FMC, although Just Flight stated this feature will be available as an update in the future following strong community feedback.

The aircraft originally featured in P3D, released in late November 2020 for the platform, Just Flight once again teamed up with Thranda Design to convert the aircraft across to X-Plane. Thranda design is the developer behind all of Just Flight’s aircraft conversions to X-Plane, such as the Piper PA28 aircraft and the Hawk T1/A.

Just Flight have worked to make sure that the aircraft resembles its real-life counterpart as close as possible with a highly accurate 3D model, modelled using real-world aircraft plans and referencing three different real aircraft. The aircraft features many animations such as the trailed edge flap surfaces, countermeasure pods and the iconic tail-mounted airbrake.

The eight variations of the aircraft included are as follows:

Thanks to Bjørnar in the Threshold Discord Server for the tipoff to the release!