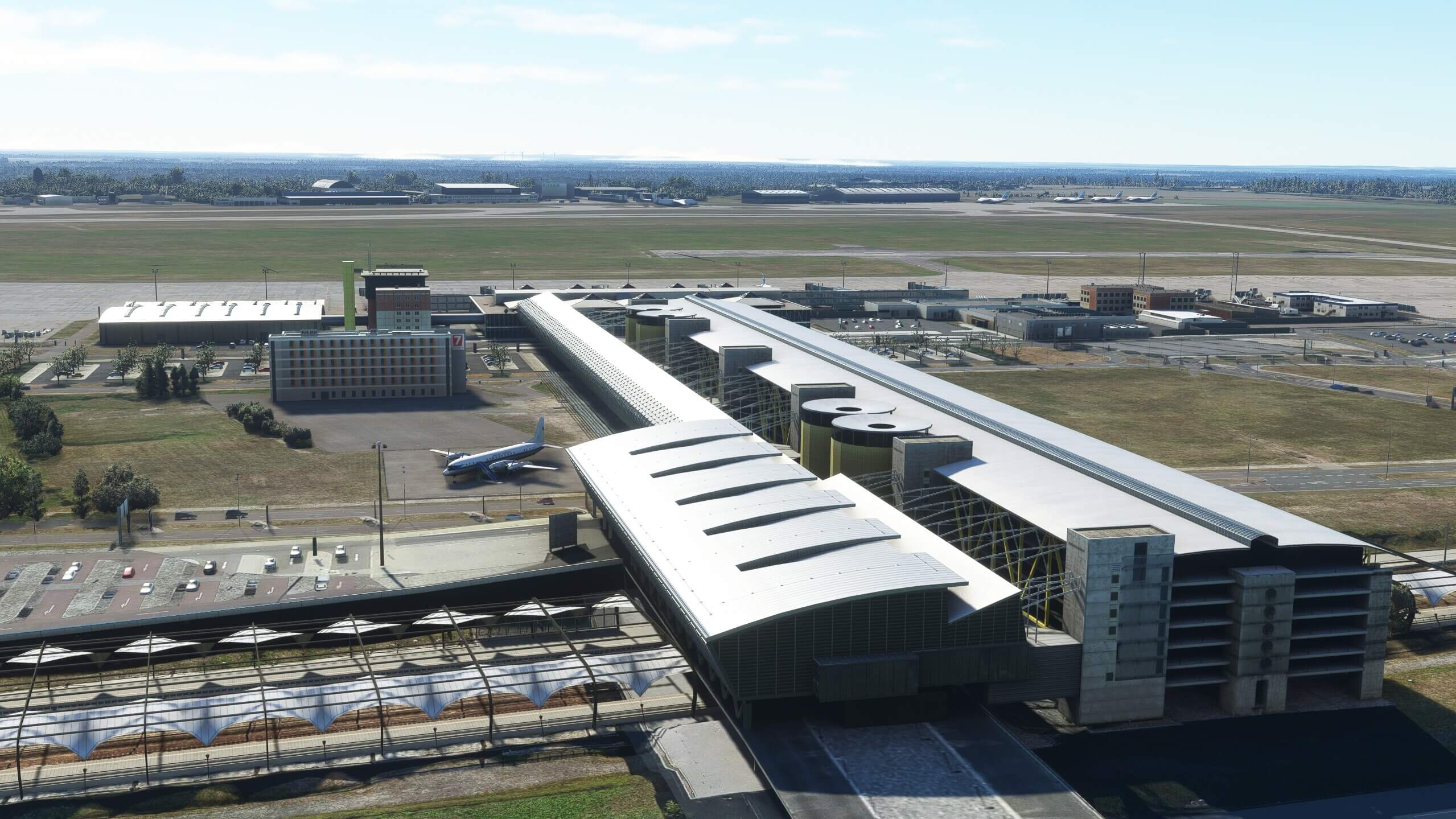 Digital Design returns with another release for Microsoft Flight Simulator, the team is well known for their highly detailed coverage of European airports, first starting off with Russian airfields before branching towards other European destinations. Their latest release, Leipzig/Halle Airport is another release in their growing German collection. The real airport is an international gateway located in “Schkeuditz” within the German state of Saxony and caters to two urban areas: Leipzig, the 8th largest city in Germany, and Halle, the largest city in Saxony-Anhalt.

Handling over 2.6 million passengers in 2019, the airport is ranked as the country’s 11th most trafficked airfield, with regional/European flights making up the bulk of the flights the airport facilitates, freight takes a bigger role in the airport’s operations, handling over 1.2 million metric tonnes of cargo in 2019, making it the 5th busiest in Europe and the second busiest in Germany after Frankfurt Airport.

For Digital Design’s recreation of the airport, the team brings the airport the same features and quality of a modern airport offering in the simulator with detailed modelling and texturing throughout, representing the current layout and state of the airport, the rendition contains buildings and clutter featuring PBR texturing with custom groundwork receiving equal treatment, decorated with localised vegetation. For the terminal buildings, there’s custom modelled and animated jetways. In the surroundings, the team did a bit of terraforming and modelled bridges over the highway along with more of their custom trees and foliage.

Digital Design prices the airport at $24.00 AUD, mostly in line with other MSFS airport products. To view more images and purchase the airport, visit the product page on OrbxDirect. Check out the team’s other releases on their partner page.