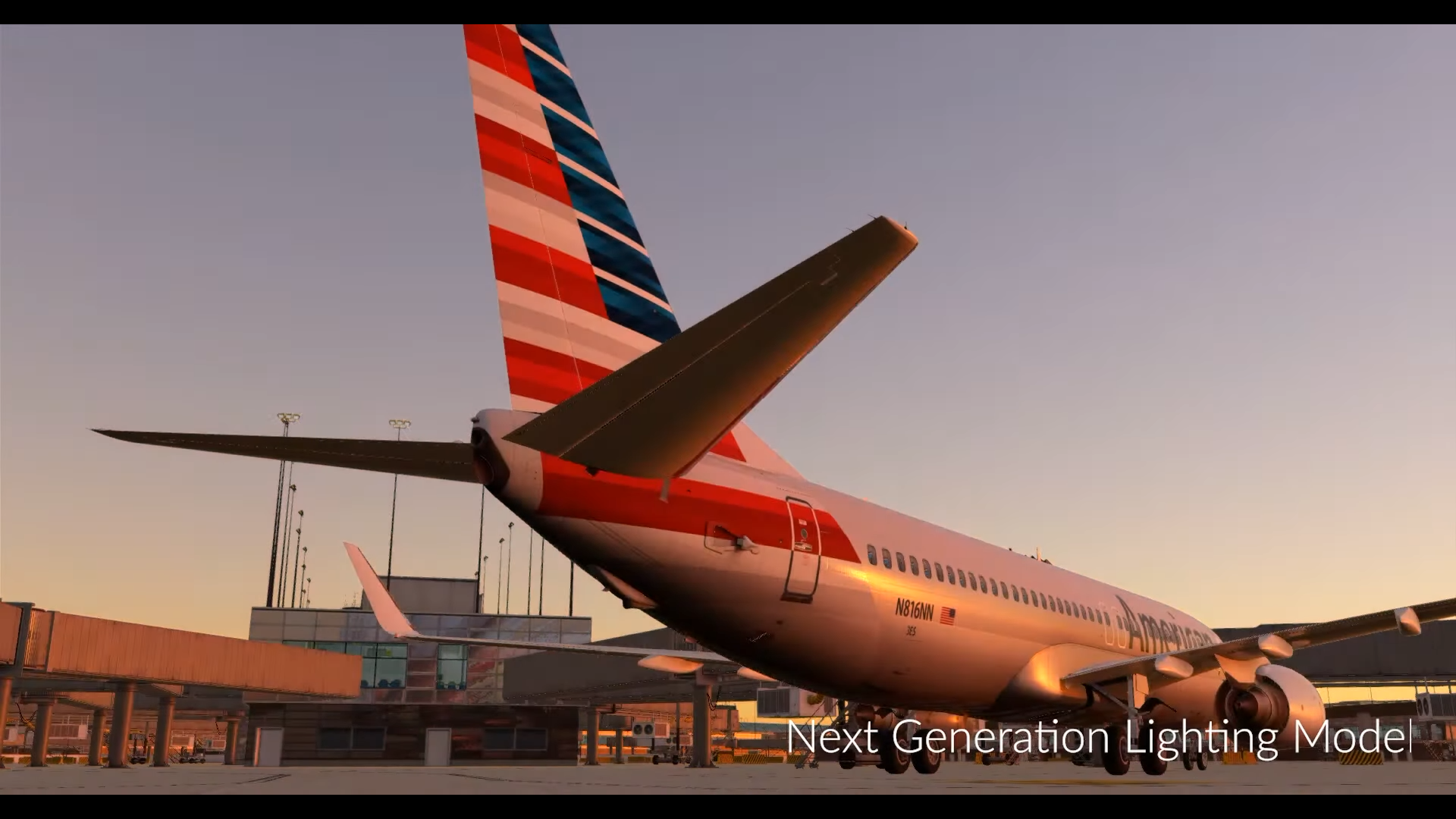 Laminar Research, creators of X-Plane have taken to their YouTube channel to preview an all-new lighting model titled “X-Plane Technology Preview One”.

The video gives an insight into the next generation of the platform, with the new lighting model, which will presumably be shipped with X-Plane 12.

The video is formatted such that it shows the same scene in both X-Plane 11, using the current lighting model, and the new lighting model, providing a large comparable difference between both.

The main differences between the two scenes show a drastic improvement to the PBR engine and atmospherics, highlighted by a sunrise featuring the 737-800.

No weather such as clouds were shown in the video, although it is presumed that new previews will be dropping regularly following today’s previews.

Last year, the X-Plane Team launched a new feature suggestion platform for developers to focus on user’s most wanted requests. Most desired amongst users was improved atmospherics and lighting, the focus of the new previews shared today.

Also suggested on the new website, were features such as dynamic seasons, dynamic weather changes and volumetric clouds.

To have your say on your most wanted features, head over to the X-Plane Feature Requests website.

Although no firm details were given on the new lighting model, it is logical to presume it will be included in the next generation of the X-Plane platform, X-Plane 12. No details such as a time frame have been given for the new platform so far.

Thanks to JoKu249 for sharing the video with us in the Threshold Discord server.

To keep up to date with all X-Plane developments, check out the X-Plane Twitter Page.