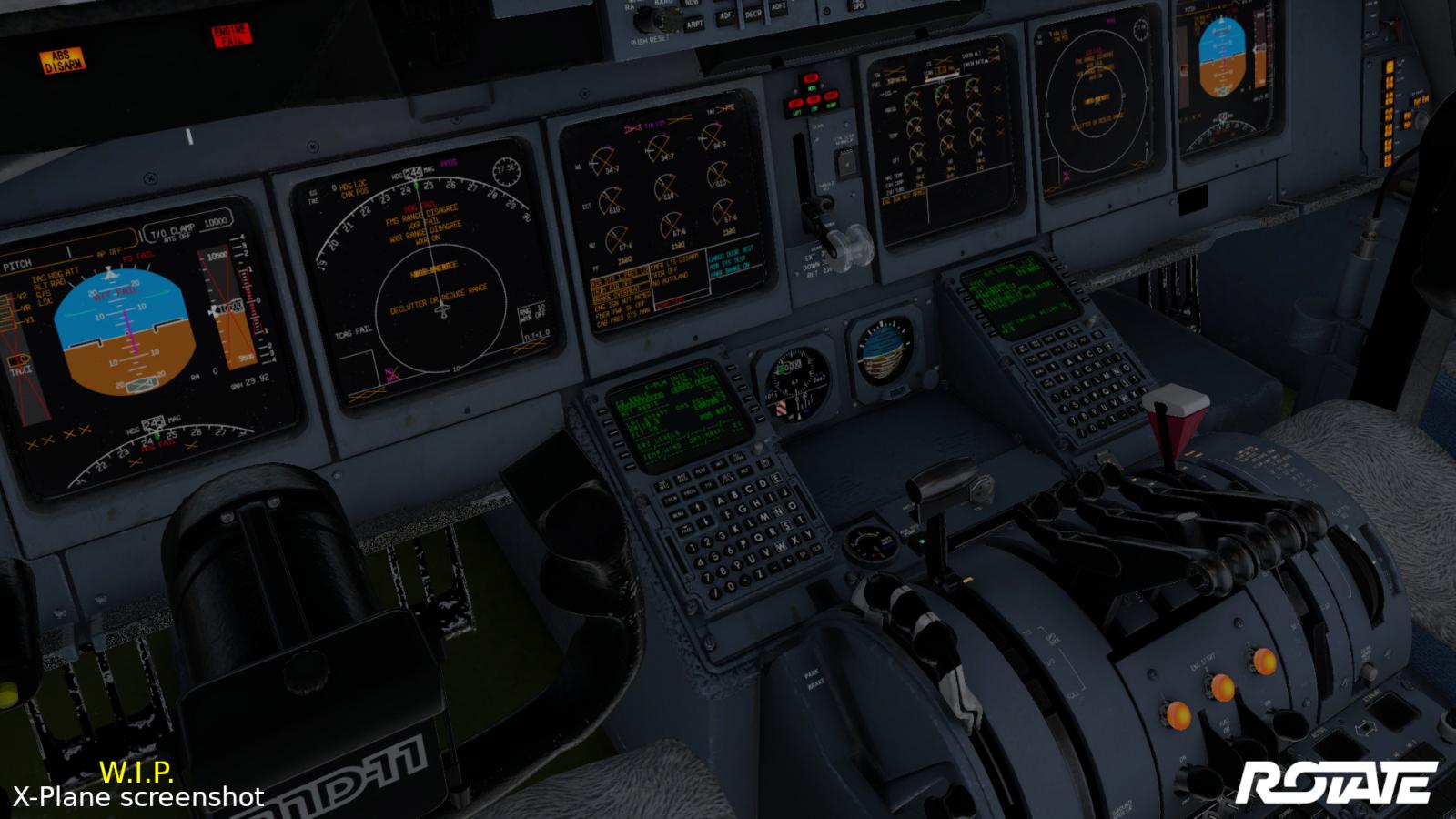 In a nice surprise, Rotate has posted a short update on the project's state on X-Plane.org, internal testing continues with the MD-11 as the team pushed onwards with the development. Atgcab has confirmed that systems development is closing in, nearing completion as the team is currently writing "some minor systems". Main systems such as navigation and autopilot, has been written and implemented, which is going through its paces in its internal testing and debugging. In the new previews, the team showcases dual cockpit implementation:

Although testing is already in place, the developer stressed that the plane hasn't approached the beta testing phase yet, "but we can say that we are starting to see the light at the end of the tunnel."

"Needless to say that what you see is a WIP, so you will be able to spot some bugs, like the warnings in the DU3, for example."

Follow the project's progress on the forum thread at X-Plane.org. Check the original update post in the thread.

Thanks to christianh727 on Threshold Discord for the tip!