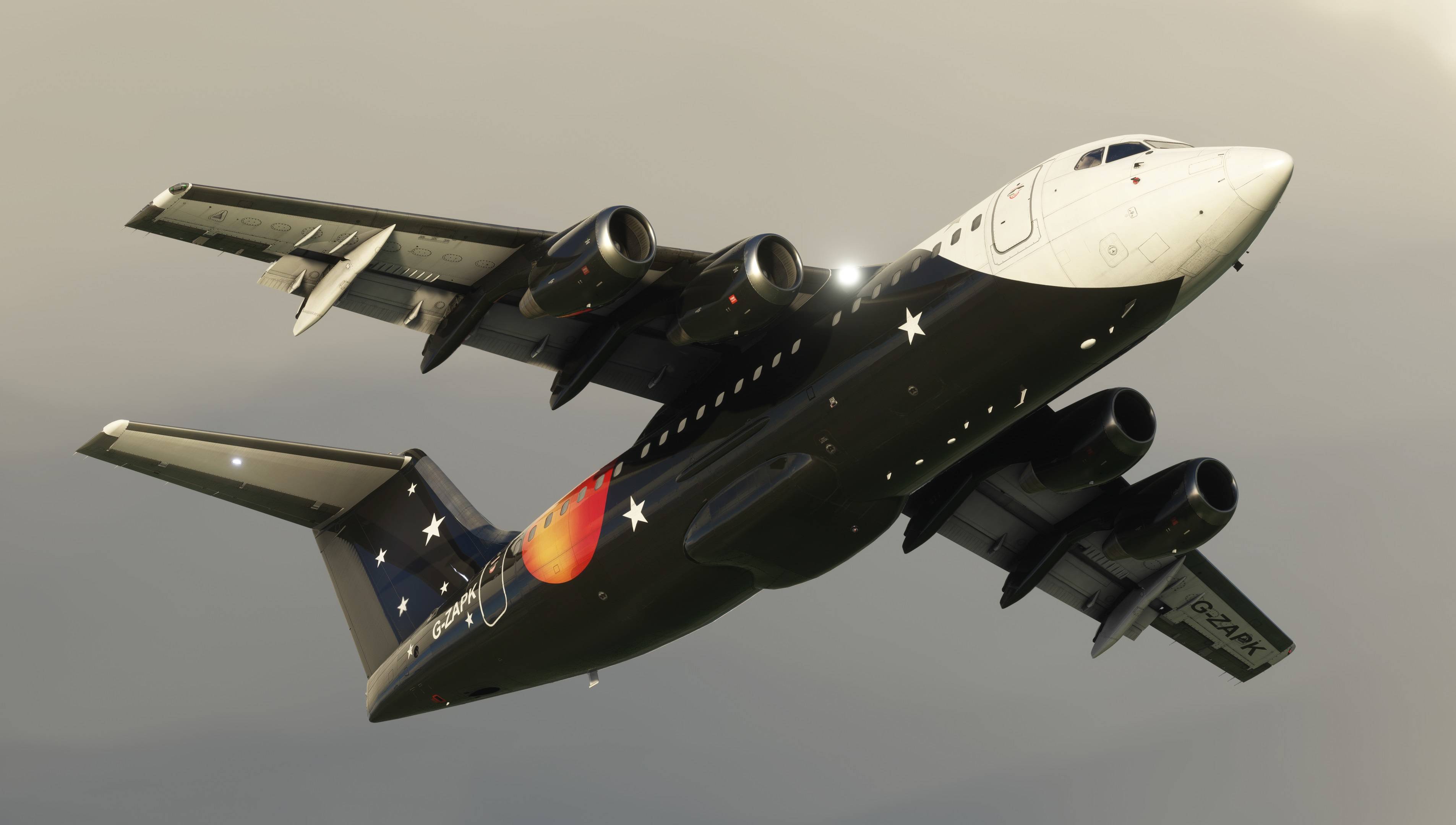 Just Flight has pushed out their BAE 146 into Microsoft Flight Simulator after an extended period of development for the past year. The development came to a close after the past few days as the team went all hands on deck to wrap up development, and it is now out and about for all flyers to enjoy.

This aircraft comes in eight variants which, they include:

The regional jet is one that dates further back than the modern glass cockpits we know today, as such the design of the flightdeck may seem daunting to the novice or inexperienced - to address this, Just Flight has followed several other aircraft developers in publishing support materials including a 258 page manual detailing the systems across the add-on, a a 6 part video series on YouTube that goes through a full flight cycle for a BAE146 is also produced.

One other major addition in the aircraft, as an EFB, which is one of the first aircraft packages to ship with a in depth EFB. Its features can vary from fuel quantity in the aircraft, to making notes on a scratchpad, to adjusting ground services. The EFB adds accessibility to all users. A list of the EFB’s capabilities can be found on the product page on Just Flight’s website.

Each variant also comes with a multitude of liveries. This is just the tip of the iceberg of how much work the team has done to make this aircraft amazing. You can find a full list of included liveries on the Just Flight Store as well.

If you are interested in picking up this aircraft, it is on sale on Just Flight's store and sells for $64.99.