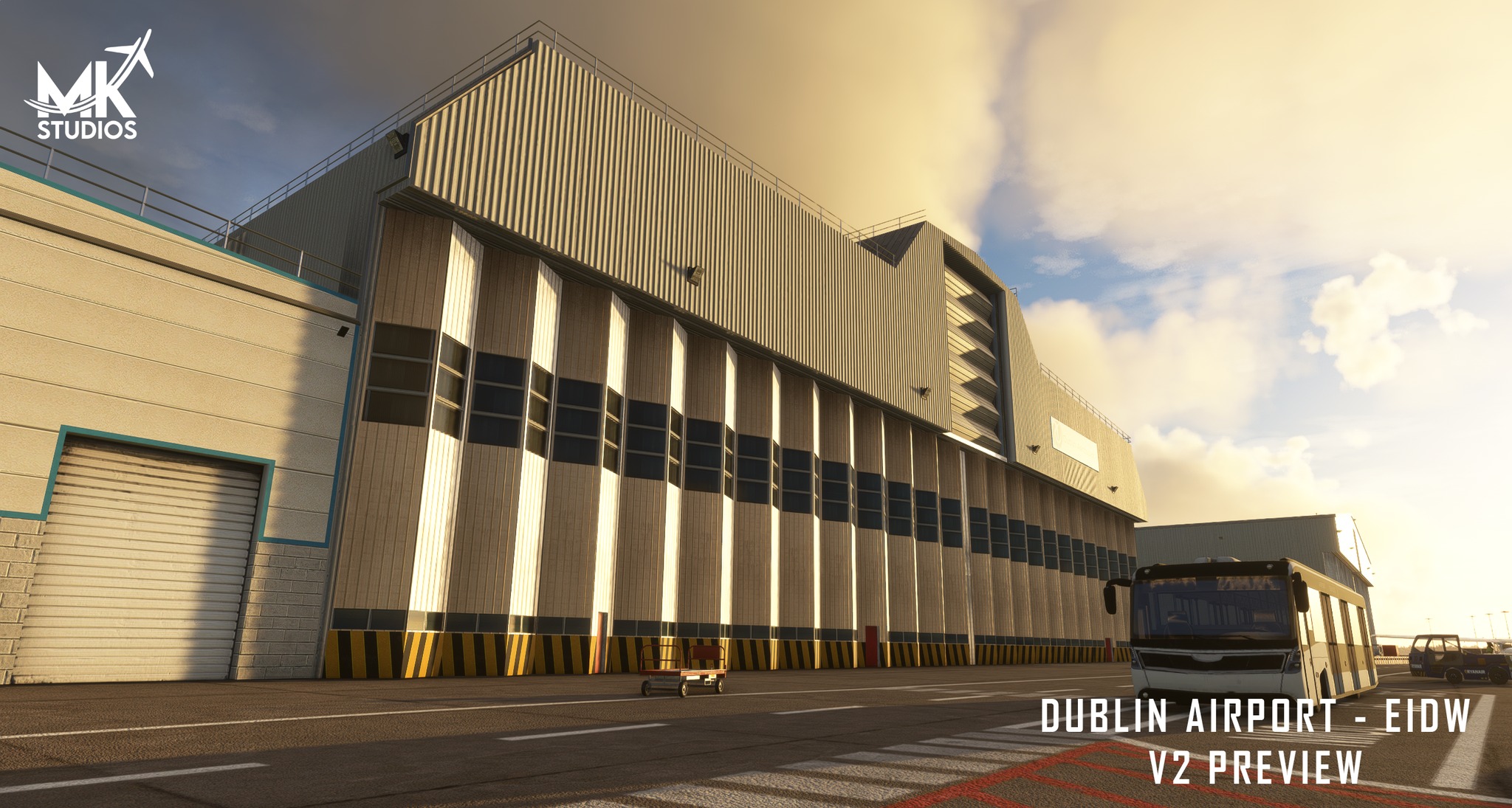 DUB is the busiest airport on the island of Ireland, with a yearly average of 32 million passengers. The second place, Belfast International Airport, sits at just a fraction of that amount with 6 million passengers. It is the hub for Aer Lingus, Ireland’s national carrier, with an extensive route network encompassing North America and Europe. It also hosts Ryanair, one of the largest low-cost carriers in the world, featuring a significant domestic and intra-European network.

MK Studios’ first iteration of Dublin Airport came out in November 2020, one of the first payware airports for the then brand new simulator, featuring a fully detailed rendition of the airport, with updated ground layout and stands (not anymore), a terminal interior model, AI compatibility, and performance-friendly optimization. It’s still available on SimMarket and Orbx Direct for roughly $10. Owners will be eligible for a discounted price once V2 is available.

There is no information on the release date or pricing yet, but Threshold will keep you updated!