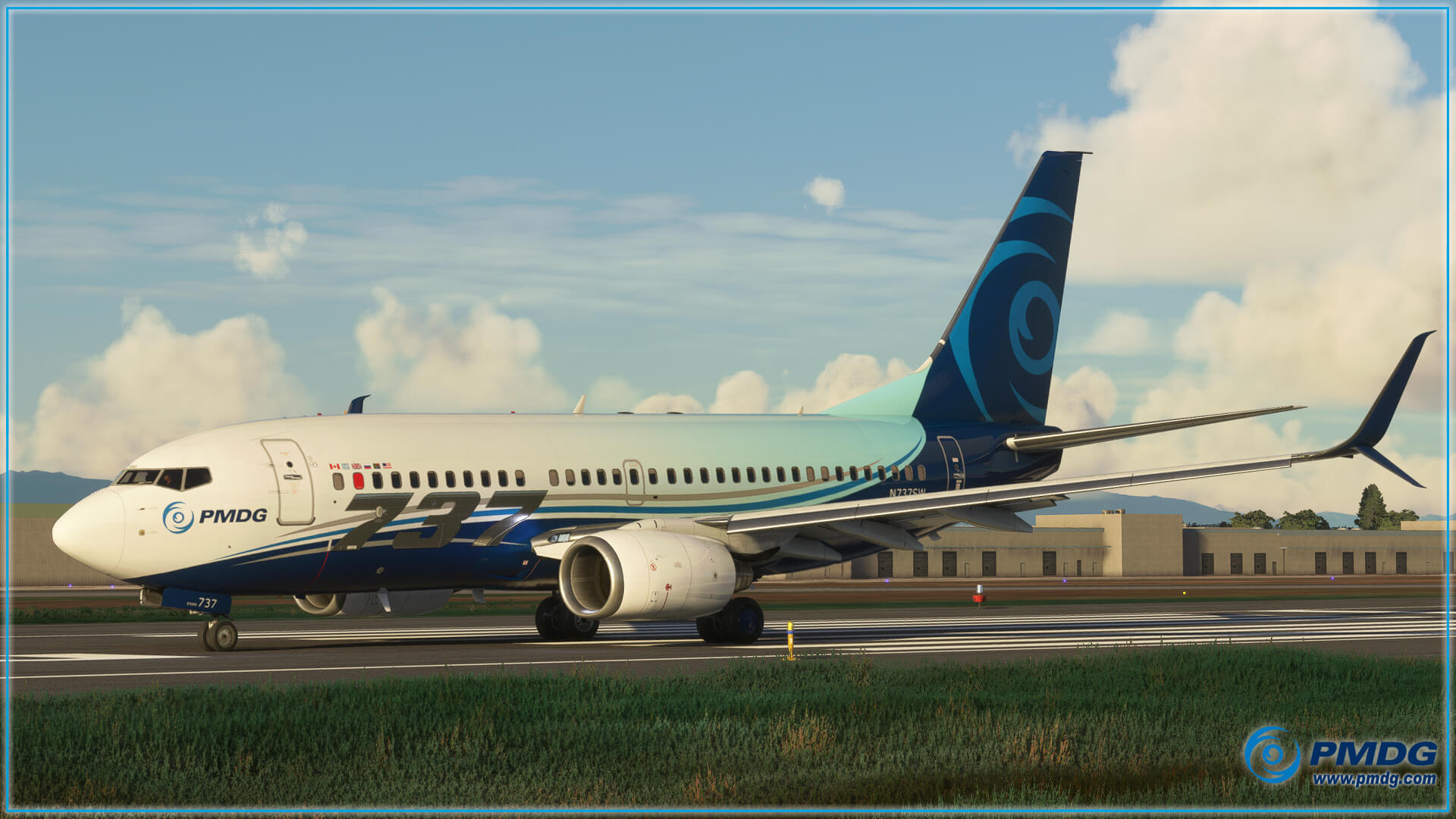 Freshly baked out of the oven to commemorate the beginning of Spooky season (and the weekend!), PMDG’s head honcho Robert S. Randazzo, has just published a new major update detailing the state of their highly awaited 737 simulation for Microsoft Flight Simulator.

Randazzo starts by saying that the 737 is beginning to come together as a product now instead of a “science experiment gone awry”, which came to be due to MSFS being substantially rearchitected differently than any of the platforms that they’re developed on before, and in many respects to them, it is a maiden voyage in producing a modern high complexity aircraft product in MSFS. The team remains heavily reliant on Asobo primarily to implement features to enable the team to fully realise their aircraft in MSFS, which proves to not be a very easy task as the developers at Asobo has their own schedule and tasks to handle, and that doesn’t align with what the PMDG team needs (to which required workarounds to ensure functionality).

These factors combined has made developing on the simulator a very experimental and exploratory process - which fortunately remains largely aligned with Randazzo’s initial forecast of a "late 2021/early 2022" target for NG3. Randazzo briefly noted the backlash received from the forecast announcement, but remains adamant to his words on the decision to remain transparent about the team’s development schedule.

Randazzo then elaborated the chronicle of happenings regarding the 737’s development, where development remained steadfast “earlier in the summer”, but that has slowed down to to the team’s european members taking vacations around the July/August month block, and the abrupt changes and reforms on the simulator to expand the sim’s user base to XBox.

Progress has steadily resumed back to its original speed in September and considering the state of the project and its development speed, users would be happy to know that their “schedule guidance” has remained on track for a release this quarter. Some kinks need to be ironed out (mostly visual items on the PFD) and depending on Asobo’s receptiveness - they will be fixed either pre- or post release.

The following images shared is an early look of the 737’s exterior visuals, which is very much still being tweaked for texture misalignments and PBR refinements to “capitalize on the great visual capabilities of the MSFS platform”:

The following images sees Randazzo commentating on the intricate material effects on the visuals of the 737, the first two images showcases the reflective dark paint on the fuselage and the reflection of the winglet against the fuselage and wing skin: “warped surfaces, compound curves and the like.” Randazzo compliments Asobo’s effort to provide intuitive tools to produce immersive visual experiences:

“The light mapping and surface material tools that Asobo has given developers are truly spectacular, and they allow us to work really without having to use the traditional tricks of the trade to hide imperfections and failures in the rendering model.”

The image below demonstrates the light refraction and reflective properties of each surface of the wing, from the painted and polished surface of the wing’s underside, to the more diffusesed and metallic reflection of the slat’s leading edge:

The bottom two images showcase the heat blur effects the developer has done to the engine while its in operation, Randazzo promises through all of these shots that they look infinitely better in motion which he’ll promise to capture videos of it in the near future:

Randazzo noted that images of the flightdeck will be posted soon in the future when the team is satisfied with the state of it. One of the developers, Alex, is currently working on lighting implementation in the cockpit, which would be done in similar fashion to their DC-6.

“We are still fitting out a few items there, and working to resolve some systems implementation concerns through the use of customized tools and images within the cockpit”

The update is wrapped up by saying that the plane is on track, and is nearing completion, but warned that this may deviate due to beta testing and further navigating MSFS due to inadequate debugging tools. However, the mostly identical code between the NGXu and the upcoming NG3 may alleviate any potential complication during the testing phase.

“When we start showing you a product in development, it generally means that we are moving confidently in the direction of a release plan.”

As a footnote, Randazzo said that any questions pertaining to the product’s system functions will be ignored as even the team themselves are kept in relative darkness on knowing for certain what feature and function will make it to the end, this also depend on Asobo’s assistance. “We will talk through any functionality differences between the P3D and MSFS versions at a later date once we know for sure which items cannot be implemented.”

More details on product information and pricing will be posted at a later date, the team has essentially finalised how they’ll price and manage their releases for MSFS and assured that its within the team’s interest to “make it easier and less expensive to add a PMDG airplane to your MSFS hangar.” For the original update post, visit the thread on their forums, you'll need to create an account to see the pictures.