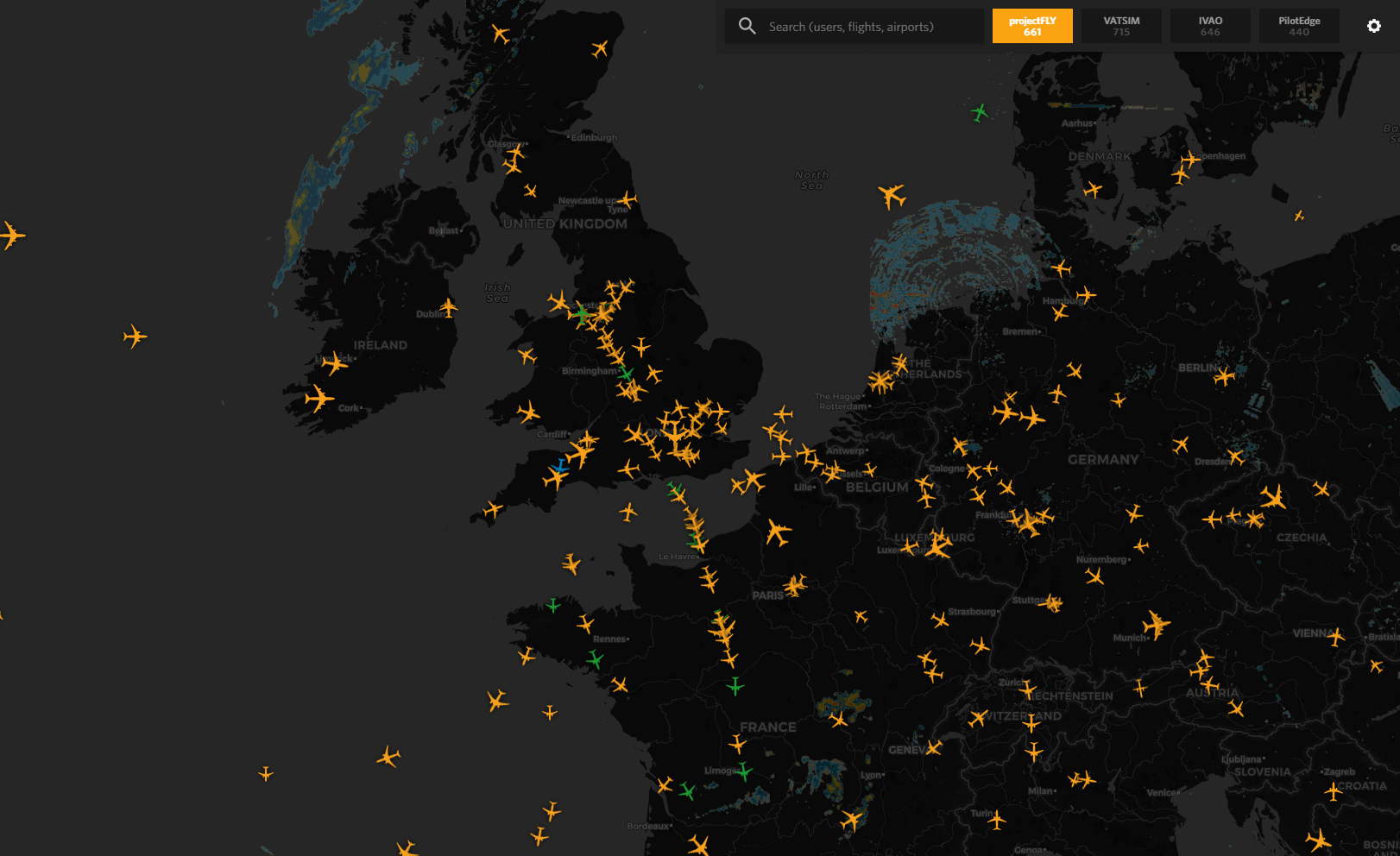 A plea from the developers of projectFLY has been issued today, following on from the launch of a Patreon campaign and Focus Group last month.

Sent through an email to projectFLY users, the announcement explained how projectFLY came to be from its inception in 2014 by Matt Davies and the upcoming release of V4.

"Over time, projectFLY has essentially outgrown itself - amassing a userbase of over 60,000 flight sim enthusiasts," explained the projectFLY team. "Until recent times, the infrastructure costs were covered primarily by Matt himself, with the added help from generous donations and subscription packages purchased through the website."

The team went on to describe the current situation nearly everyone finds themselves in because of the coronavirus pandemic, and explained a surge in the number of users enjoying the service projectFLY provides has led to higher running costs.

"projectFLY doesn't have any corporate sponsors or show any ads, it's completely reliant on its community. So we're reaching out to you, the community, for financial help in order to cover operating costs which will allow projectFLY to exist & continue to be developed.

"v4 of projectFLY is just around the corner. We've now established a brand new testing team (called the Focus Group), consisting of 100 projectFLY members who want nothing but the best for the project. Once they're happy with the app, we'll release it.

"Once v4 is released, we'll be rewarding every member who has supported projectFLY via various methods of recognition. We're introducing a "Wall of Fame" in which the top supporters will appear. We'll be giving you all badges as well as pimping your profiles (if you want us to!) to showcase your support."

Supporters will also be eligible for giveaways with physical items reserved as prizes.

The email continued by outlining the three ways users can choose to support the project if they wish to do so: Through one or more donations, through their new Patreon campaign, or by purchasing a subscription.

The team also appealed for people to join the team, including software development, graphic artists, marketing, and support, by sending an email to hello@projectfly.co.uk.

"Thank you for supporting projectFLY! We never take your support for granted - we're always beyond humbled when people step up to help out!

"As we move closer to the release of v4, we'll be posting more frequent updates via our social media - follow them to stay updated."