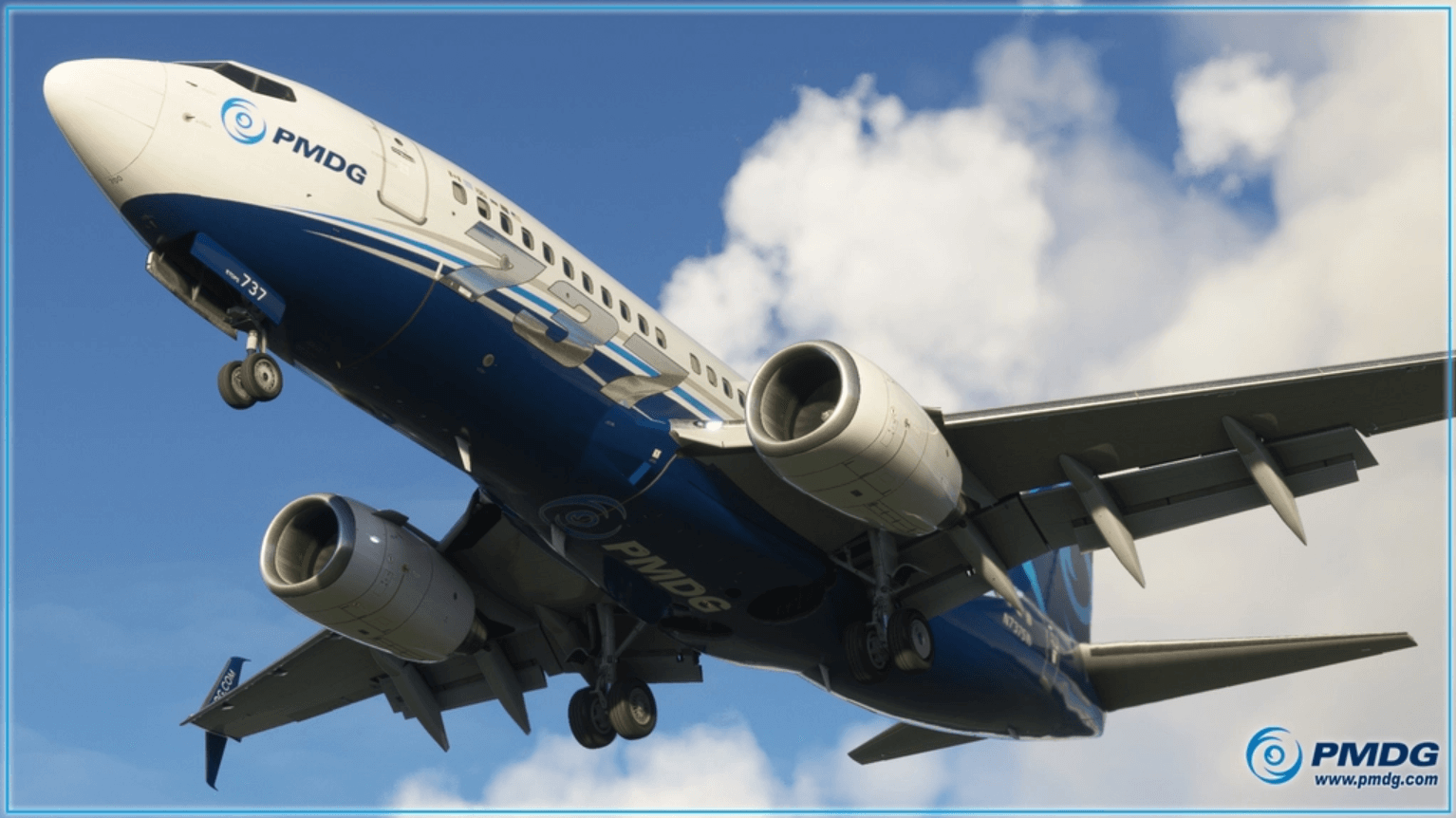 PMDG Simulations has released their rendition of the Boeing 737-700 for MSFS2020. This release includes the 737BBJ and -700 BDSF; following the second smallest NG is the -600 in approximately six-week intervals and every other NG variant thereafter. The new product is available on the PMDG store for $69.99 as a special introductory sale and will increase to $74.99 after the -600 releases.

PMDG's 737-700 contains an all-new model, texture, sound environment, improvements, and fixes from its fellow counterpart in the 64-bit Prepar3D. The model delivers a plethora of features to the new simulator, including:

The 737 is only compatible with the PC version of MSFS. PMDG intends on updating the aircraft in the future with an EFB, higher resolution cabin models, weather radar, and more, which will all be available via updates in the Operations Center.

Robert Randazzo has provided an in-depth "first look" series into the product on the PMDG YouTube channel for those who want to learn more about the aircraft and its systems. The 737 for MSFS can be found on PMDG's store for $69.99, and should consume approximately 5.2GB after download.