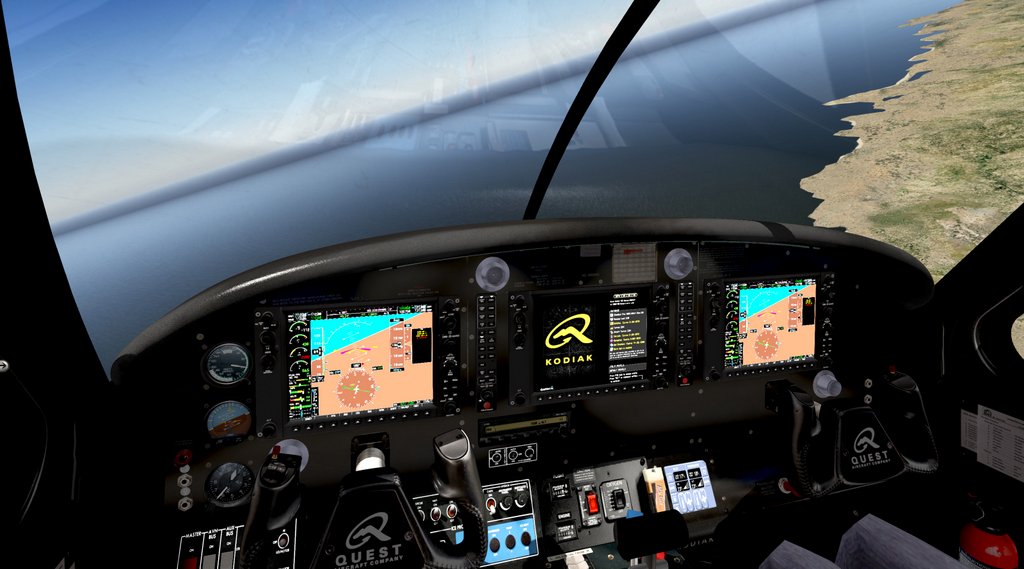 Dan Klaue's personal brand Thranda Design has today released version 2 of the Quest Kodiak, which was first released in November 2016.

Typically, Thranda Design operate behind-the-scenes, helping developers such as Just Flight, Alabeo and Carenado convert their aircraft to X-Plane - the Quest Kodiak being one of their own projects, alongside a PC-6 Porter which was previewed in late 2018.

Described as an "exceptional model" in the store description, version 2 builds upon the 6 previous updates since the aircraft's release 2 years ago this week.

The changelog for this update includes:

SimCoders, makers of the Reality Expansion Pack series, have confirmed to the developers that a REP package will be made available for the Kodiak soon. See more in this forum post.

Quest Kodiak version 2 by Thranda Design is available as a free update to current users of the aircraft. Currently, the update is only available to users on X-Updater, though it will be available through the store page later today, according to the developer.

You can purchase the aircraft for $33.95 USD on the X-Plane.org Store here.

Thanks to Pete H and Agent B-7 for tipping us off! See more in the Threshold Discord server.