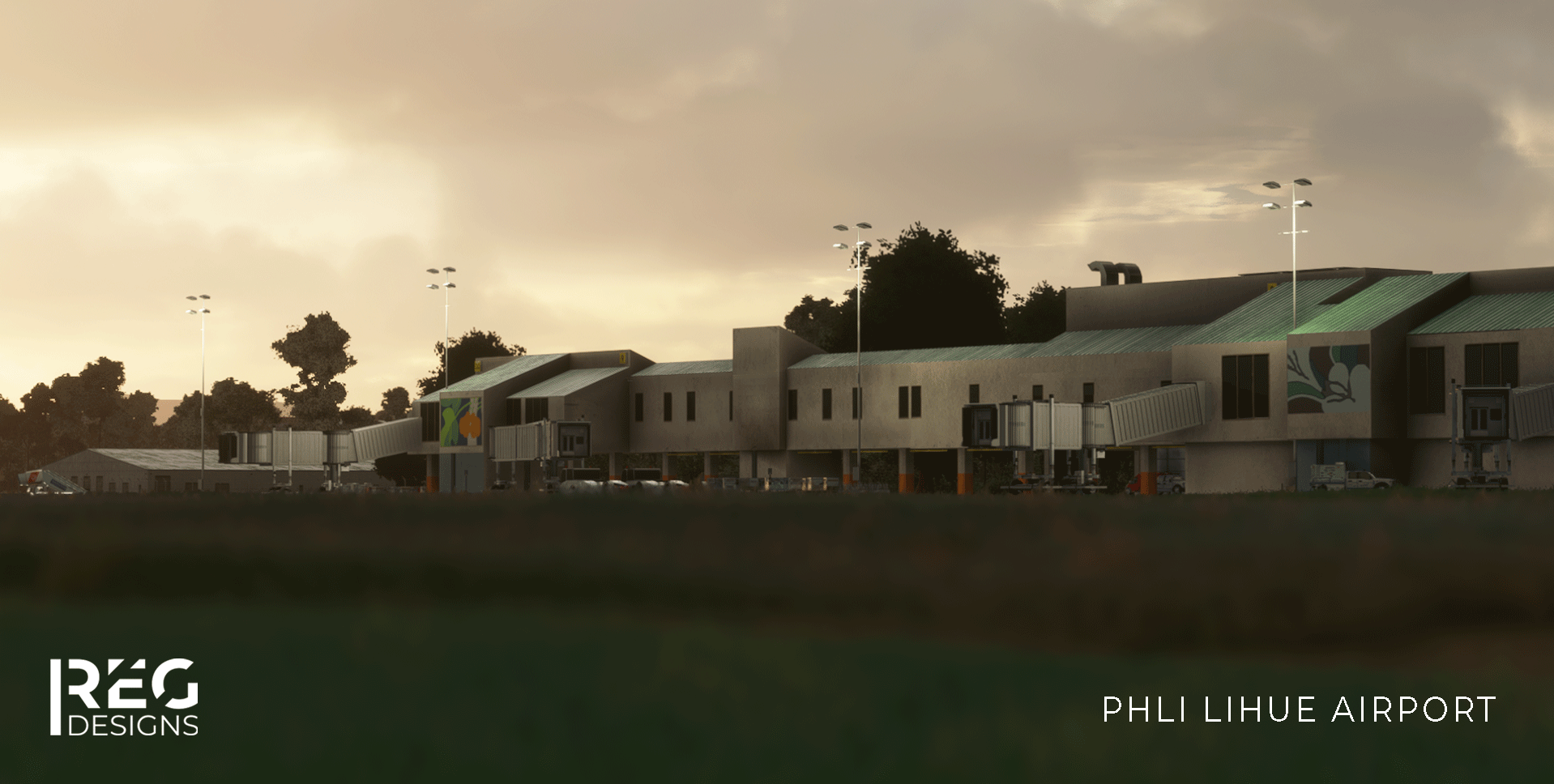 Lihue Airport can be purchased on simMarket for $11.09 (excl. VAT), and includes a variety of features including accurate terraforming and surrounding airport elements.

Lihue Airport (ICAO: PHLI, IATA: LIH) is the primary domestic and international airport on the island of Kauai, Hawaii. While the airport doesn’t serve as a hub of any airline, several airlines support routes to this airport, such as Hawaiian and American Airlines. An average of 2.5 million passengers pass through the airport’s single terminal each year.

A full feature list of the scenery has been provided by RegDesigns, which reads as follows:

You can purchase Lihue Airport for Microsoft Flight Simulator on simMarket, and you can find more information regarding RegDesigns on their website.