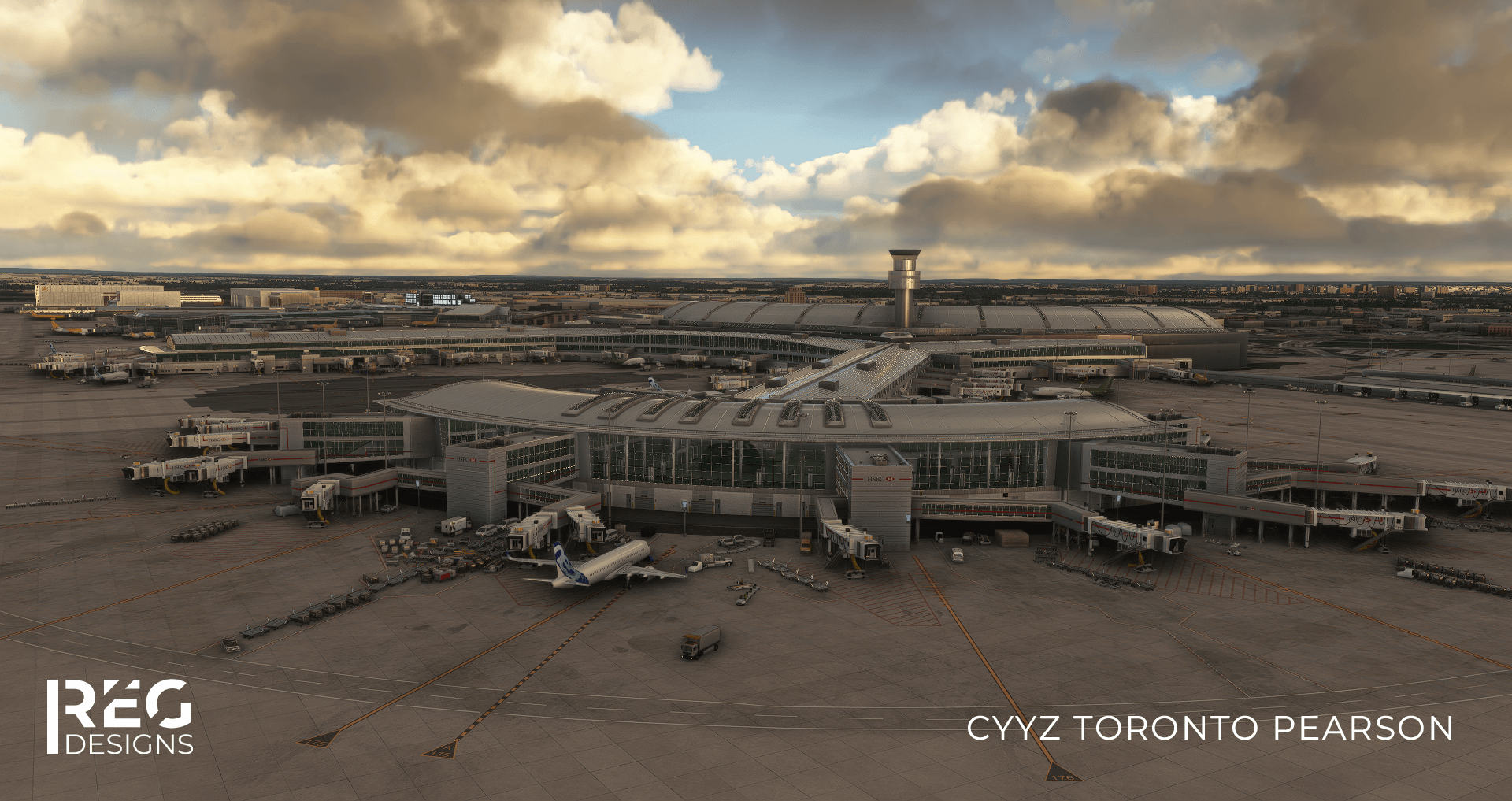 After being sought after by the community for quite a while now, the announcement of CYYZ comes with a plethora of excitement from the community. Unfortunately, not much information was provided, except the fact that the airport recently entered beta. Excitingly, however, a trailer is set to release later today via the developer’s YouTube Channel.

Located in the Greater Toronto Area (Ontario, Canada), Toronto Pearson is an incredibly large airport within Canada, with 50.5 million visitors in 2019, the aerodrome sees a vast array of aircraft types frequently visiting, including the enormous Airbus A380.

Furthermore, the airport marks the first major airport within Canada created by RegDesigns, with their previous creations including Waterloo (CYKF), Guelph (CNC4), and more.

Lastly, the airport is set to cost $19.99. However, no further information was given, and no potential release date is known. Nevertheless, make sure to check out the developer's YouTube Channel, to view the trailer which is releasing soon. Finally, to acquire additional information, make sure to check out the developer’s website, or join their discord server where a giveaway is being hosted as well.