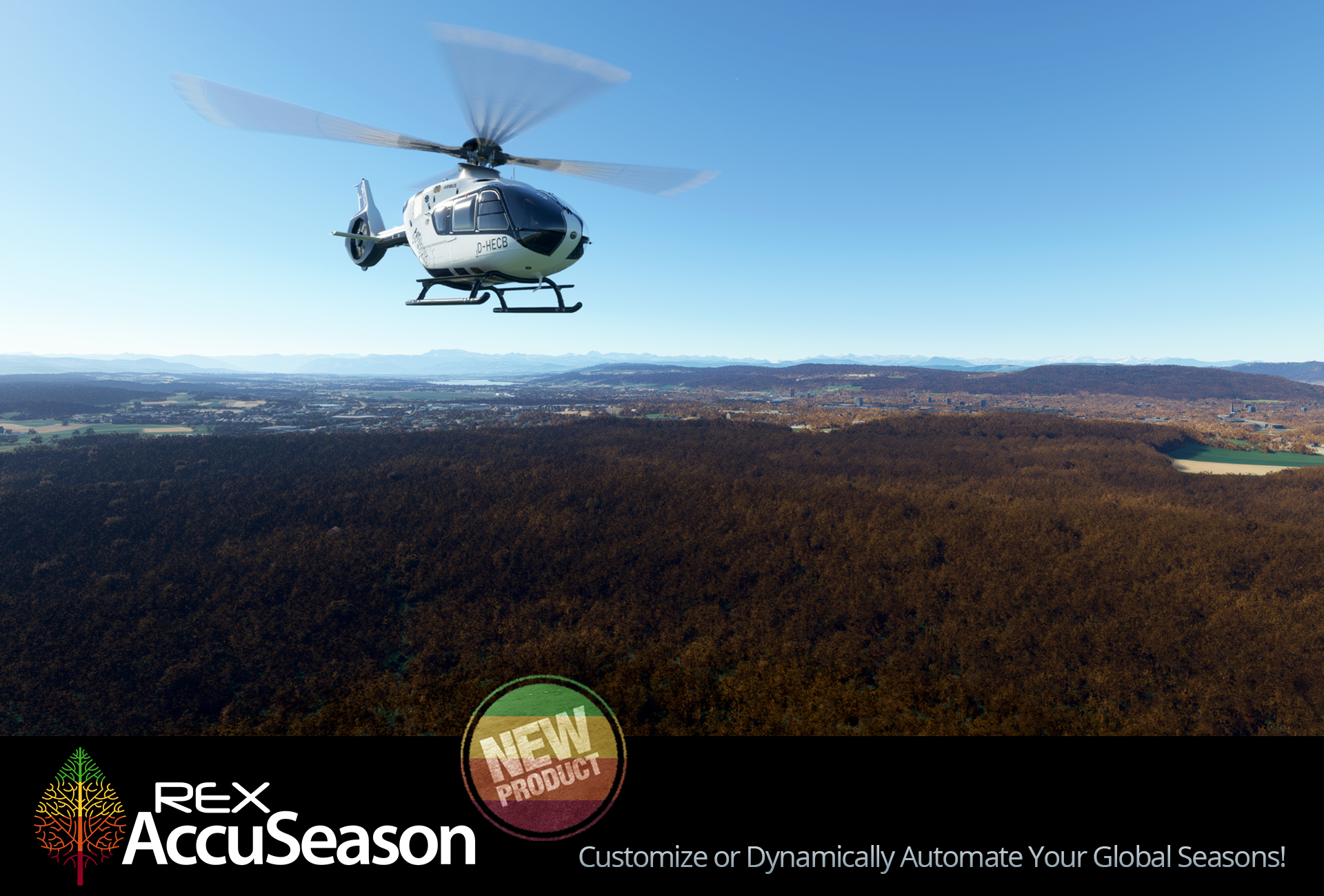 Microsoft Flight Simulator is already equipped with a seasons engine featuring snow-capped mountains, autumn forests, and much more, but did not fully cover all of the season variants, this is where the team at REX has taken to the next flight level to develop and launch the first seasons related addon for Microsoft Flight Simulator. Named AccuSeason, the default engine is reworked throughout to incorporate customizations options and features to enable accessibility to the user.

REX has taken the ultimate advantage by providing presets for users to use to their liking while also adding user-customizable presets for that extra tailoring that some users would like, alongside the revamped seasons rendering, the developers have also added various tree sizes to display more realistic sizes. Regional vegetation in various parts of the world has been updated to display where trees are put in the region they are accustomed to. New biomes have also been added to display realistic topography and landscapes local to the region. When you switch hemispheres while flying, the seasons will adapt as you switch seasons. For example, if you were to take off in the Southern hemisphere in the winter, you would land in the Northern Hemisphere in the summer.