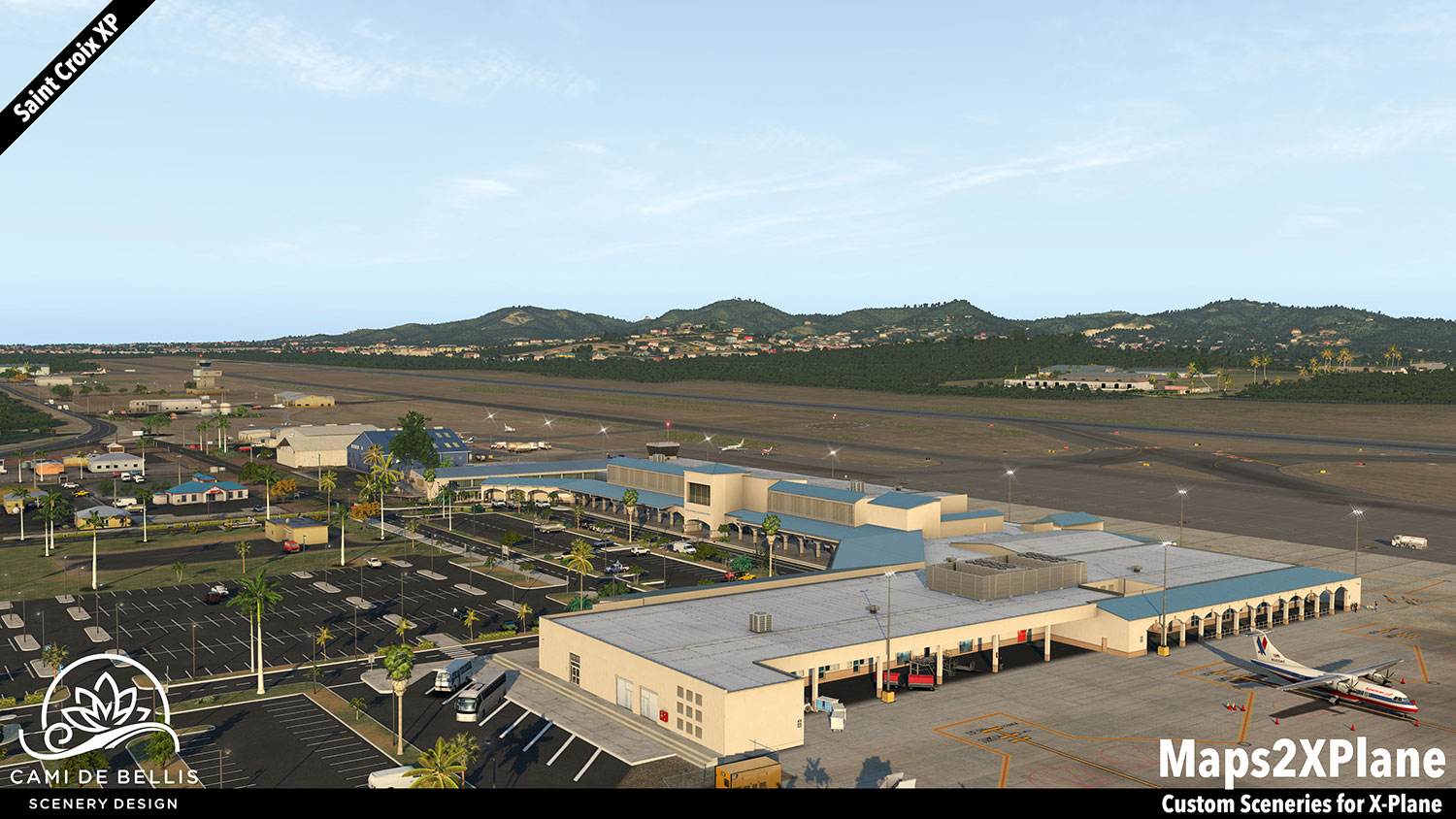 Following its initial announcement, Aerosoft has just released their latest scenery, Saint Croix for X-plane. The scenery provides users with a small island in the Caribbean Sea, featuring a highly accurate rendition of Henry E. Rohlsen Airport, various landmarks, and detailed towns. Whether you like flying small general aviation aircraft, or flying big airliners, the scenery has something to offer for every type of pilot.

Henry E. Rohlsen Airport (formerly known as Alexander Hamilton International Airport) served as a military airfield during World War II, providing an airbase for anti-submarine patrols, during this time the airport was named Benedict Airfield. After the airport opened its doors to the public again, it was renamed to honor former St. Croix resident, Alexander Hamilton. The airport received its current name in 1996, and serves a wide variety of airlines, connecting the island to other major hubs in the world.

The scenery has not been developed by Aerosoft’s in-house team, but rather a partnership between Maps2Xplane and CDB Design (which Aerosoft’s role is publisher). The scenery features a fully custom photo-terrain-mesh surrounding the island. Paired with the highly detailed buildings, the scenery makes for a very accurate rendition of the island.

Saint Croix for X-plane is now available for an asking price of $30.24 on the Aerosoft store.