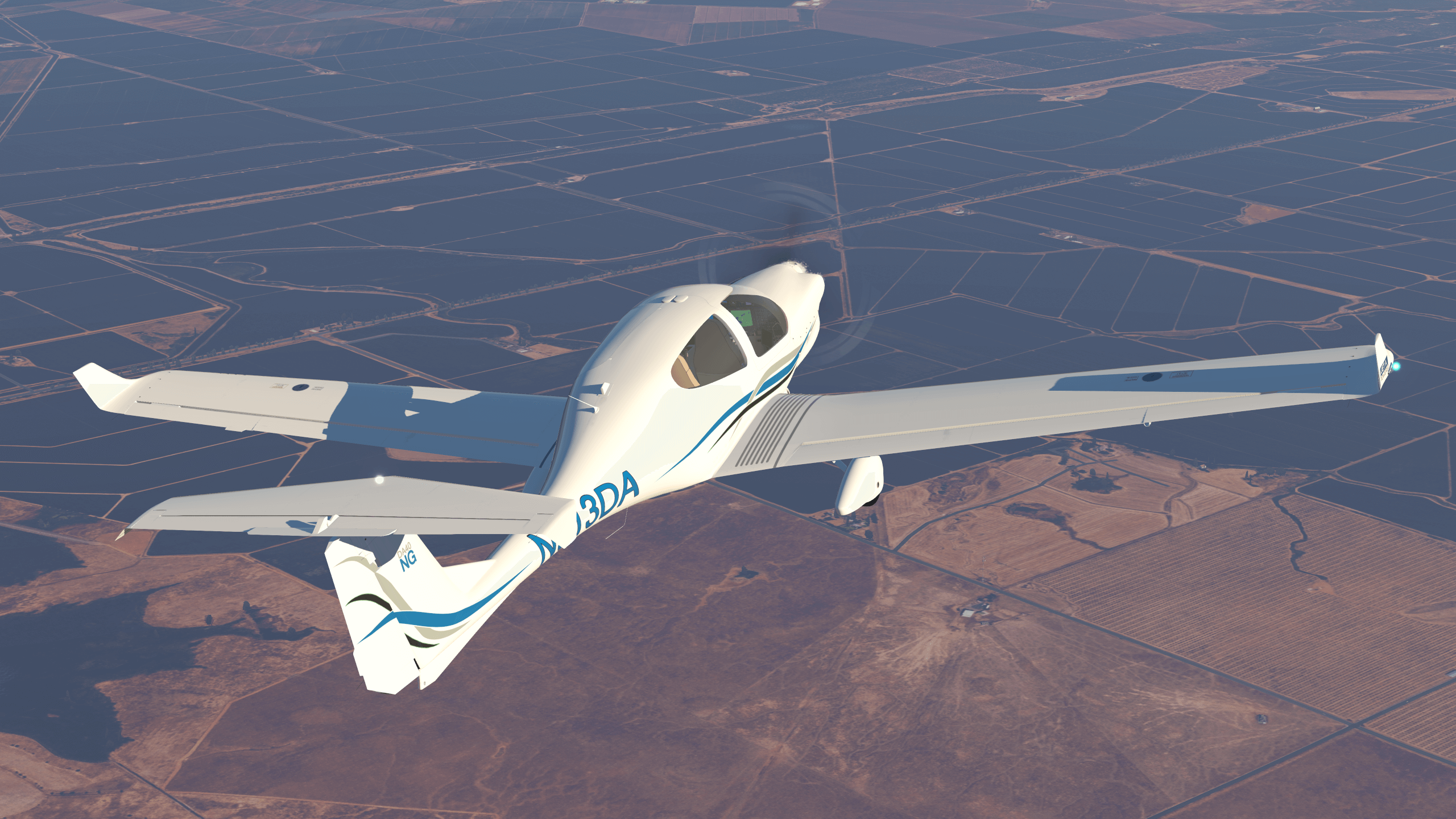 New-coming developer SimSolutions has recently entered the X-Plane payware market with the newly released Diamond DA40NG. The product seeks to provide users with an aircraft that is easy to fly, yet still requires some knowledge of the DA40.

For a first release, the feature list is quite extensive, with key features including custom FMOD sounds, toggleable tie-downs, inlet covers, and chocks. Moreover, the aircraft ships with plenty of liveries providing for a lot of flying opportunities.

The Diamond DA40 (often referred to as the ‘Diamond Star’) is an Austrian-developed aircraft based on the popular DV20 series of aircraft. The DA40 saw many improvements over many different versions, including a military trainer version for the USAF academy known as the T-52A. The DA40NG(NG standing for Next Generation) version of the aircraft was certified by the EASA in 2010, becoming the most modern aircraft in the Diamond single-engine line-up of aircraft.

SimSolutions spent countless hours faithfully replicating the DA40NG. Featuring a detailed FMOD sound pack, the aircraft provides for a very immersive experience whilst flying. On top of all that, the add-on ships with 4K PBR textures covering the entirety of the product, leaving little to be desired on the texturing side of things.

SimSolutions’ debut aircraft is available for $24.71 on the iniBuilds store.