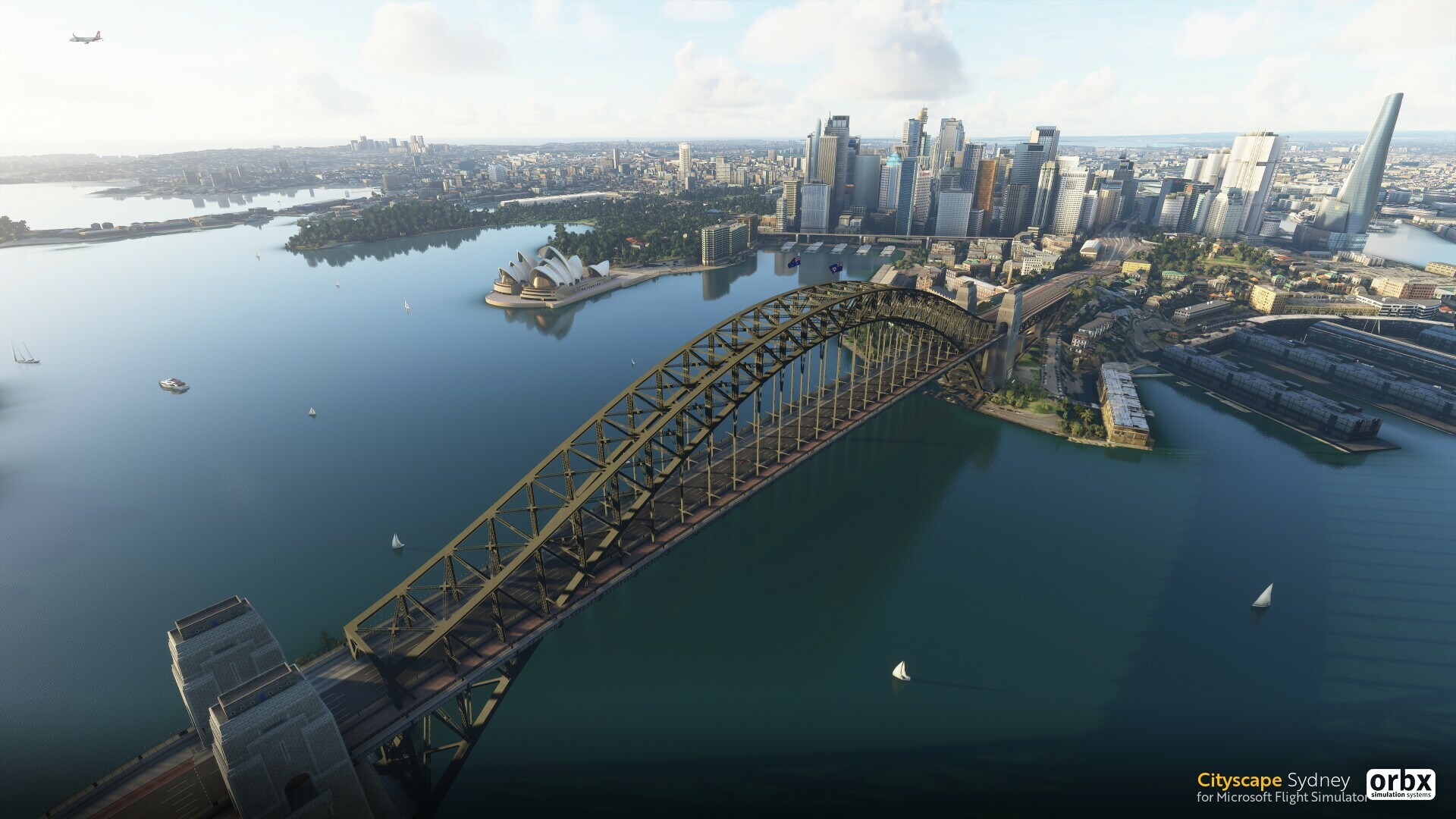 Returning back to their home city, Orbx has released its first Australia product for Microsoft Flight Simulator: Cityscape Sydney. Development spanning over 9 months, Orbx highlights that the scenery "pushes the boundaries of what is possible with the current MSFS SDK."

The developer behind Cityscape Sydney; Frank Schnibben, is renowed for his renditions of other cities, such as Cityscape Honolulu and Melbourne Cityscape for AUv2. Cityscape Sydney is touted to capture the "fell and energy" of the harbourside capital, with over 100 custom Point of Interests faithfully reproducted, featuring the famous skyline with the Sydney Harbour Bridge and Sydney Opera House, amongst other well-known landmarks and stadiums.

Orbx has also laid some "ultra-high-detail hero assets" whose model and detailing is equivalent of typical airport sceneries, to encourage up-close exploration such as the Harbour Bridge, these features are just some of thousands of details scattered across the entire metropolitan area.

The scenery also comes packaged with its own orthoimagery, replacing the default Bing maps satellite imagery for the major inner city suburbs including the airport and CBD. The developer reasoned that their custom imagery is superior in fidelity, colour quality, source resolution and tonality, coupled with Schinibben's hand editing to bring the imagery to life.

The water colour and detailing is has been retuned and is greatly improved; most notably, Bondi and Coogee beaches now appear much closer to the real life. "Watermasks" in the central parts of the scenery has been completely redone to produce more accurate coastlines.

In the bigger picture, Schnibben has completely replaced over 28,000 primary buildings with custom modelled models, completely decoated with 4k PBR, enabling significantly improved cityscape representation with better building types and dimentions. The improve extends towards the entire Sydney metropolitan area, regional business districts such as Parramatta, Chatswood and dozens more have been replaced.

And lastly Port Botany, surrounding the runways of Sydney Airport has received a major overhaul, with better detailing and improvements that provide much more immersive approaches and departures:

●      Hero assets, such as the SydneyHarbour Bridge in ultra-high detail

●      Lighting added to the Sydney OperaHouse