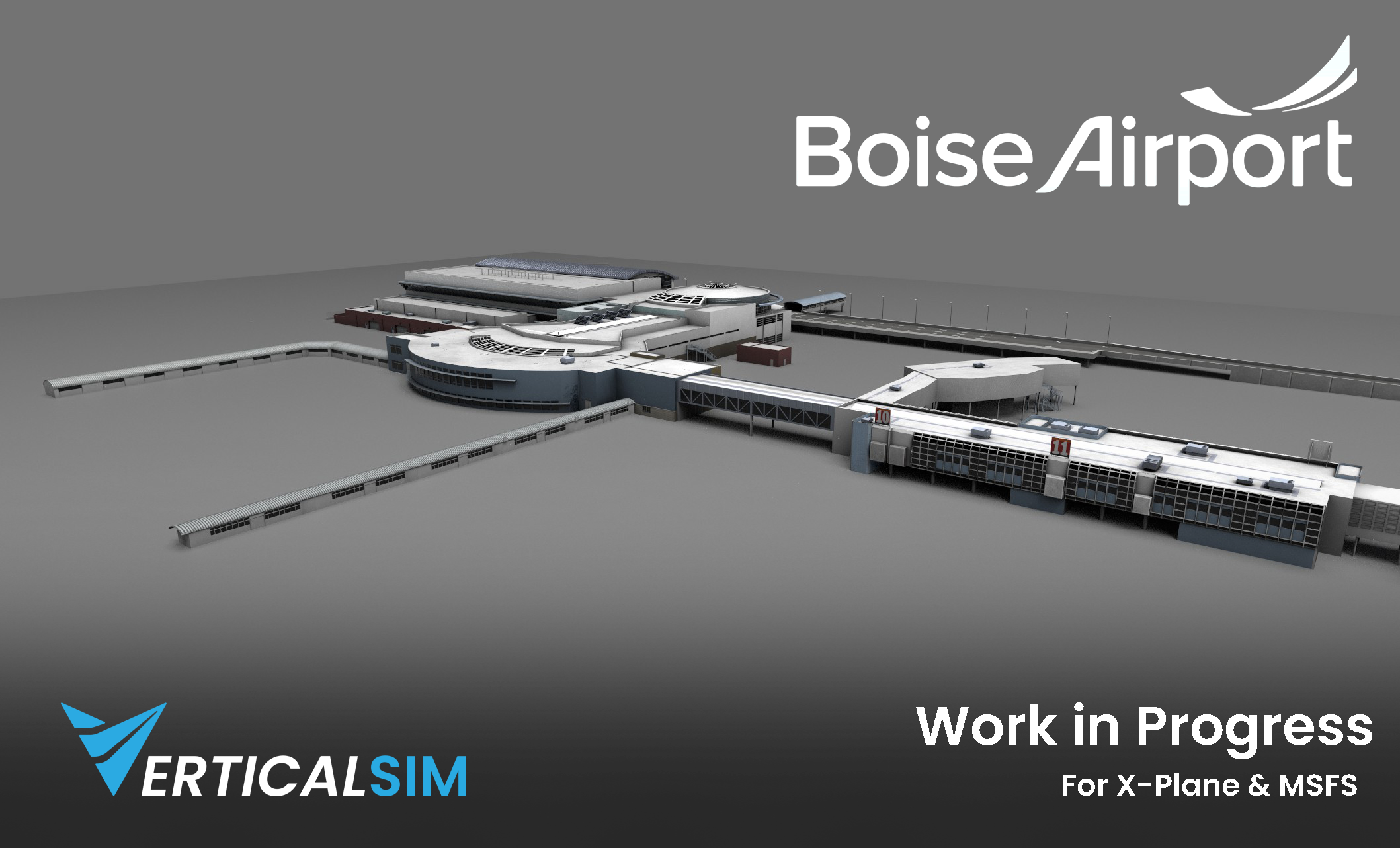 VerticalSim has announced the next airport to be their focus: Boise Air Terminal, located in the capital city of Boise, Idaho. This airport will come to both X-Plane 11 and Microsoft Flight Simulator. This announcement follows the release of their popular Myrtle Beach International scenery a week ago.

This scenery’s announcement follows VerticalSim’s tease of the airport two days ago, which users quickly found out to be Boise. The development team also teased that “BOI oh BOI, [are they] excited to bring you guys this one!”.

While no features have been officially announced, VerticalSim´s Discord Server may release more updates in the future. The original source can also be found there.