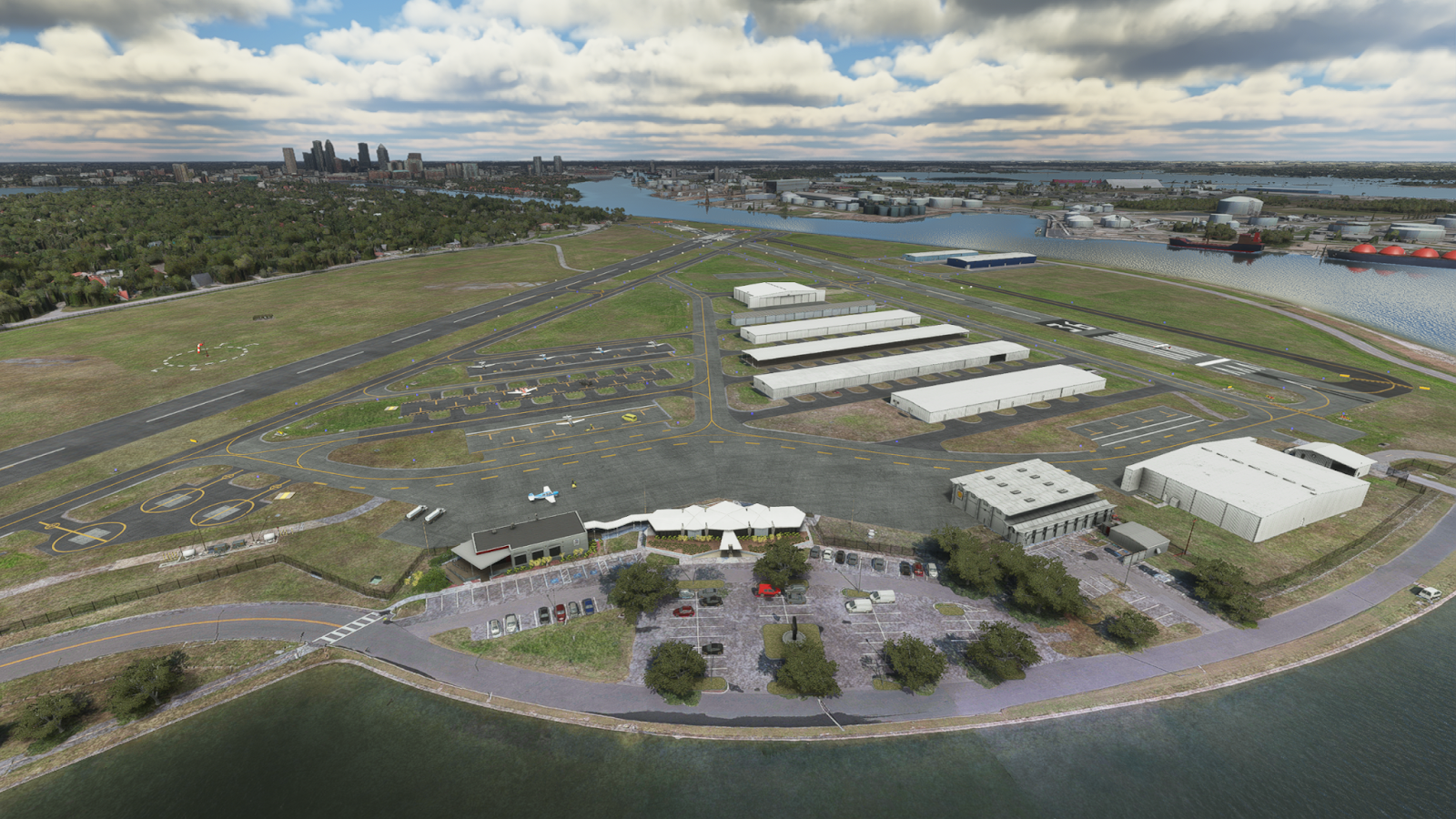 After the groups release of VStates Montana in Mid February, VerticalSim have released yet another product, this time with Peter O. Knight Airport (KTPF) for Microsoft Flight Simulator.

“This will be the last GA for Microsoft Flightsim for awhile”, the developer states.

The scenery appears to be up there next to other high quality packages. It even comes with some features that don’t always appear to be in other sceneries including surroundings, the current layout of the airfield and future updates for free.

Verticalsim have included a full fledged features listed below:

“Peter O. Knight is an airport on Davis Islands, five minutes (3 NM or 5.6 km or 3.5 mi) from downtown Tampa, Florida. Built as a Works Progress Administration project, it was Tampa’s main airport from 1935 to 1945, and is still used by general aviation operators today because of its proximity to the central city.”

“The airport was named for prominent attorney and businessman Peter O. Knight, namesake of Holland & Knight. The airport’s original administration building was torn down in the 1960s, and replaced by the current building. Although seaplanes aren’t quite as popular anymore,

the basin is still there at Davis Islands”, the developers explain.

The installation size is a hefty 1.3GB and Verticalsim has recommended at least 4GB is still required with 8GB of VRAM recommended. In the meantime, you can purchase Peter O. Knight Airport for $9.99 USD on Verticalsim's website.