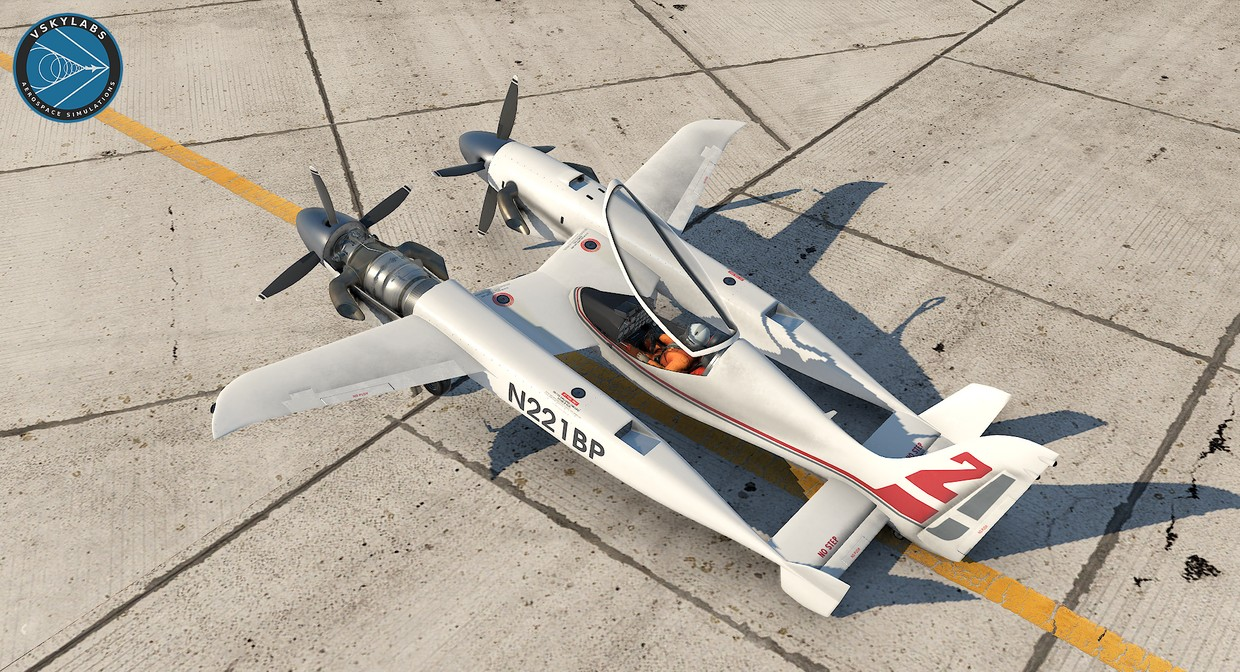 VSKYLABS has taken to their Facebook page to announce the release of the Rutan Model-158 Project for X-Plane.

“The Rutan Model-158 was a twin-engine racing aircraft, developed by Burt Rutan.” The "’ Pond-Racer’ was a twin-boom all-composite (graphite) aircraft, which was powered by two Electramotive (sic) automobile engines capable of 1,000 hp each.”

The project had two objectives, with the first one being that the developer wanted to "explore the Rutan Pond-Racer aircraft design features, estimated performance and flight envelope using X-Plane flight simulator as an advanced flight simulation lab." The second objective was "to design a plausible variant that extends the Pond Racer usability as a racing aircraft, to an all weather, cross-country sport plane."

As part of VSKYLABS “Test Pilot” project, a lengthy feature list was provided for the aircraft which is viewable below.

The core of the project is powered by the PT-6A propulsion model which was created and refined to accurately and plausibly simulate the Model-158 variant. It was also stated that “although it is a *fictional* variant of the Model-158, it is NOT a ‘science fiction’ project. It is a highly defined concept demonstrator.”

The developer’s rendition of the Rutan Model-158  is available for purchase directly from their store or the X-Plane.org store for $28.50.