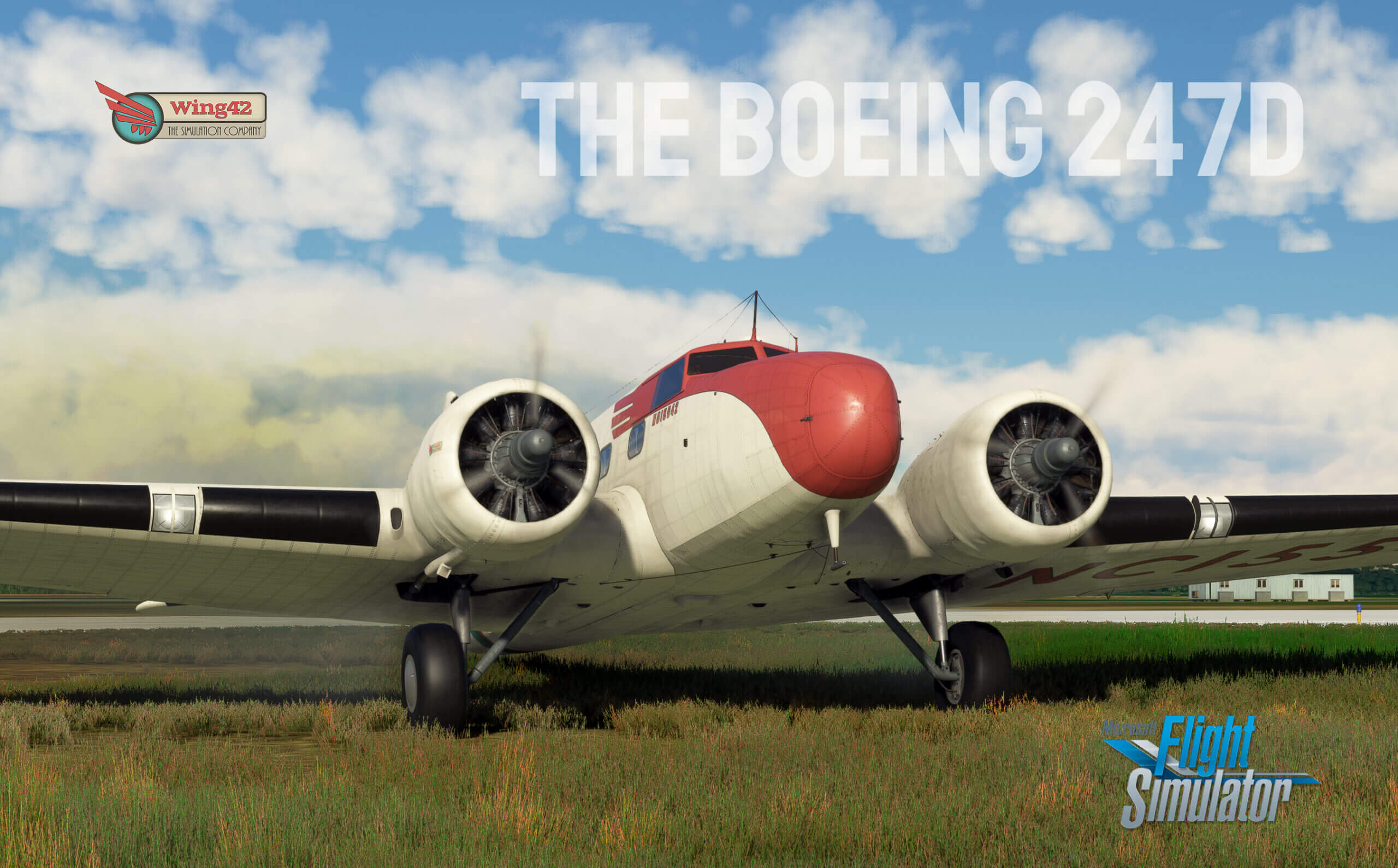 Wing42 has released their rendition of the Boeing 247D aircraft for Microsoft Flight Simulator. The older-styled aircraft has been added to the simulator's ever-increasing catalog of historical aircraft.

Being introduced in 1933, the Boeing 247 is known for its many technologies, that at the time, were newer to the aviation realm. Features such as the first cantilevered wing, and the retractable landing gear were just the first of many technologies to be revolutionized into many more components of flight. The 247D is the race variant of the aircraft, featuring variable pitch props to increase speed.

The aircraft comes packed with many features such as PBR textures being used throughout the entire aircraft. The flight model is accurate to its real world-counterpart and has been verified and tested by real-world pilots. All mechanical systems have been modeled and developed correctly to make the flight deck more accurate for the user. A clipboard that represents an EFB brings much more accessibility to ground services, aircraft load, static elements, and more. You can view the full feature list on the products webpage.