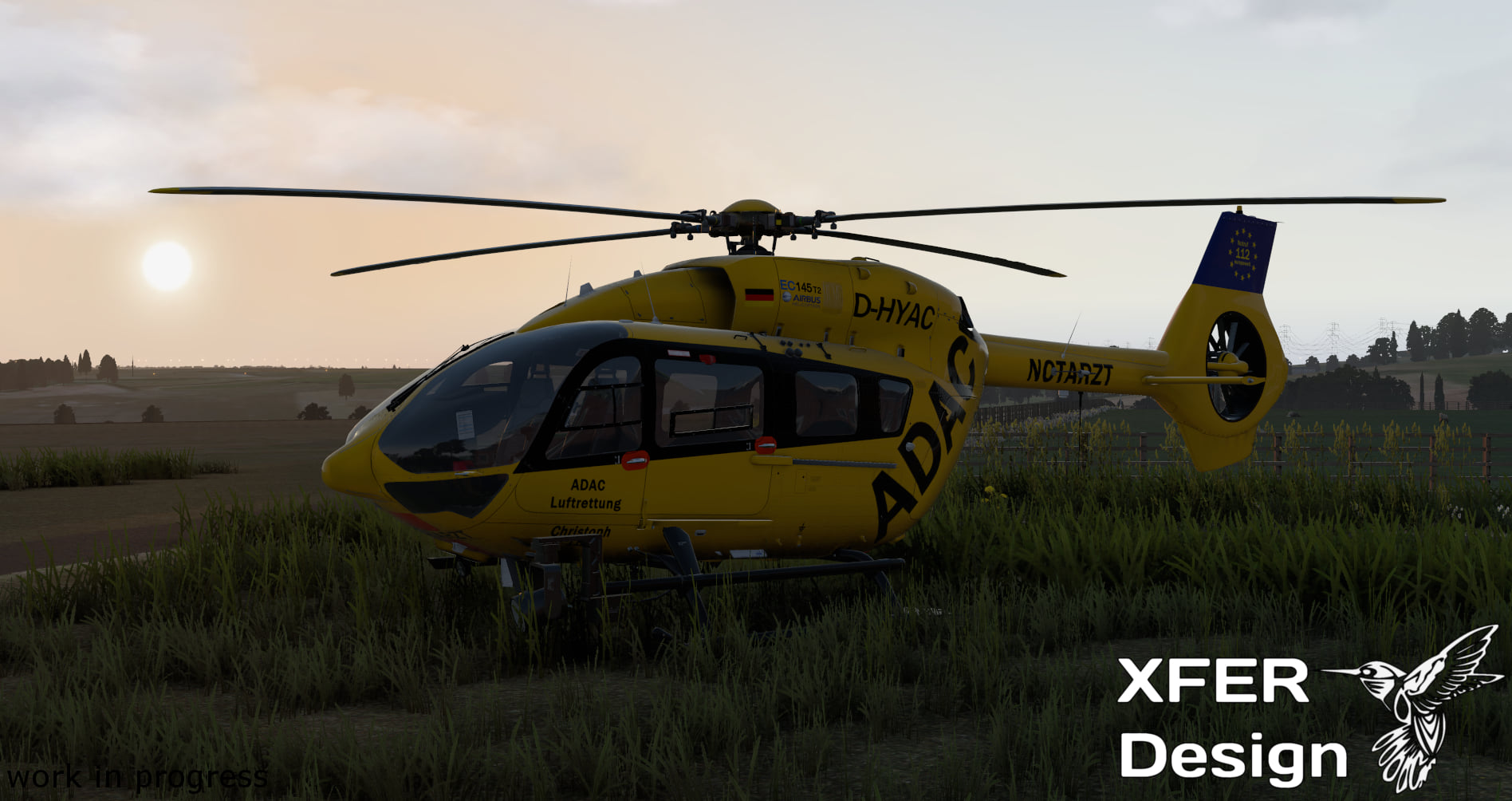 Helicopter developers, XFER Designs took to their Facebook page today showcasing their upcoming H145 for X-Plane 11. In the post, the developers reflect on their work so far and even announced some new features.

The team opens up with an update on the project, stating that they are very satisfied with the current product. They also said that they’ve added numerous features which include LED beacon and strobe light combination found on newer H145’s, a custom 3d tablet, rotor blades wind effects, custom coded and animated windshield wipers and a reworked, in-depth fuel and electrical system.

XFER Designs also posted a video, stating that the video showcases the “rotor blades [being affected] by some heavy winds”, which you can check on their Facebook Page.

The upcoming release date or pricing have not been announced yet however the project does appear to be nearing completion. In the meantime, you can check out the original post on the group’s Facebook Page.
You can also find out more about the H145 in a previous article.