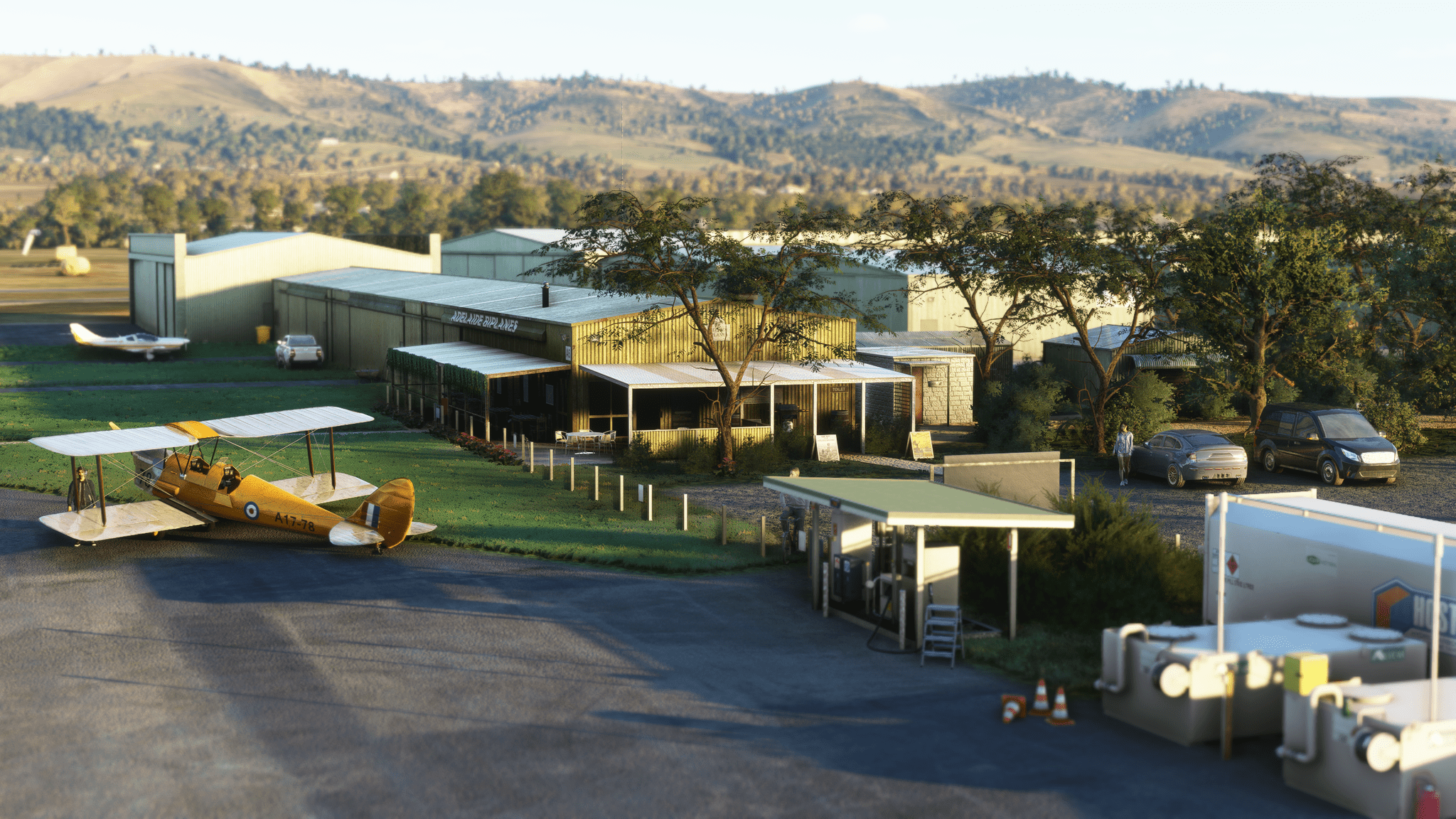 Over the past months, AUscene has been hard at work developing Aldinga Airfield for Microsoft Flight Simulator. The airport features a number of hand-placed static equipment, including everything from cones to fences, animated objects including group vehicles and people, and custom vegetation.

The release of this airport follows its initial announcement in early February 2021. Following its introduction, an announcement was made of the scenery’s release today on the group’s Facebook Page.

The airport was previewed numerous times by the developer in the past weeks following the group’s announcement of Hamilton Island Airport on the 12th of March.

Initially, AUscene planned for a release of the airport tomorrow, on Friday, however, the team were able to launch the product a day early on the 1st of April.

Along with the scenery, AUscene has included a features list that shows just how much work was put into the project.

You can check it out below:

The developers have also posted a promotional video on their YouTube channel, showcasing what the freeware scenery has to offer. You can watch that video below:

AUscene’s Aldinga Airfield for Microsoft Flight Simulator is available to download for free on the AUscene website.
More of AUscene’s work can be found on their Facebook Page.