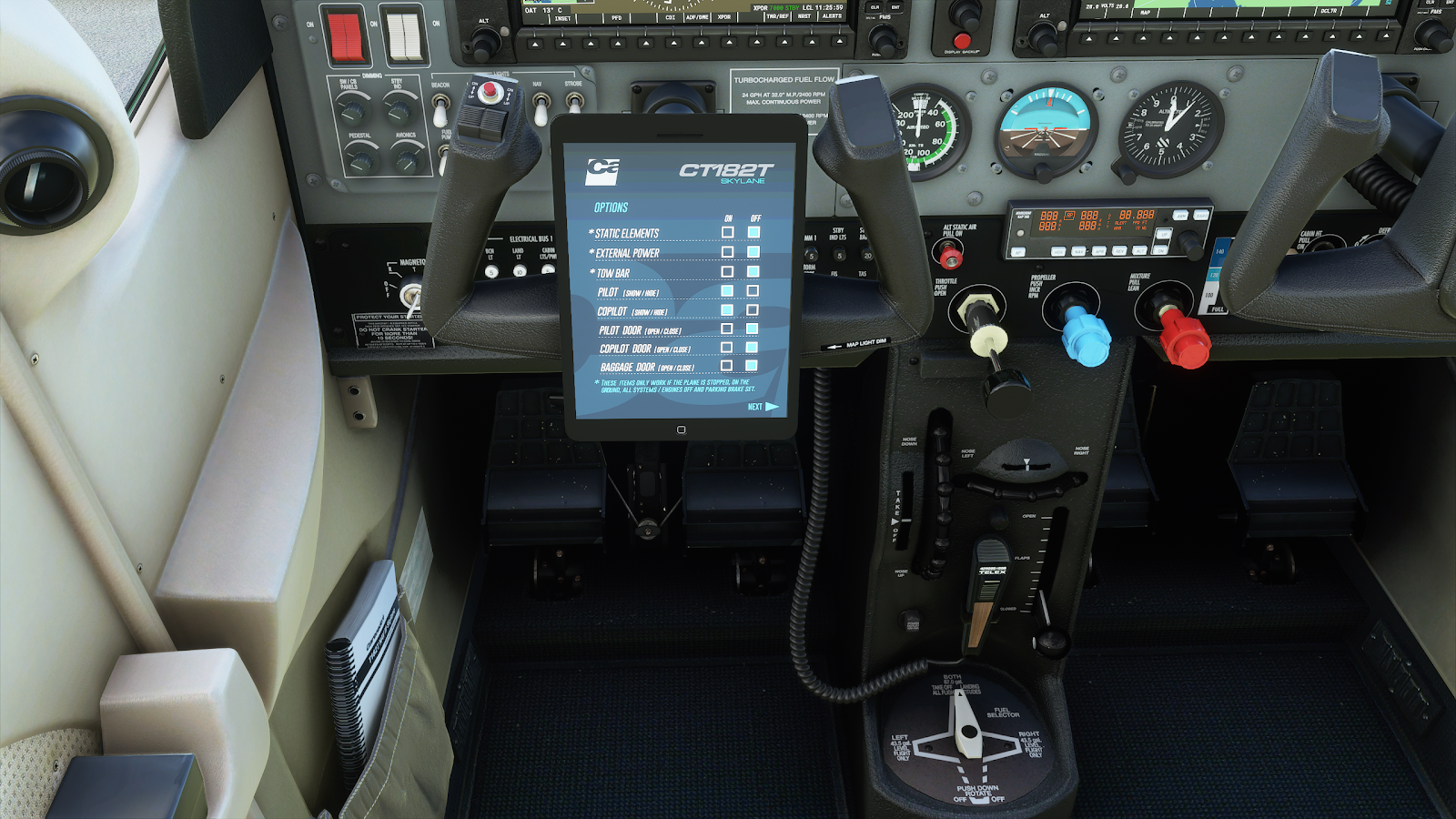 Carenado’s Cessna T182T carries the noteworthy distinction of being the first commercial aircraft addon for FS2020. In this review, we’ll look at how they have managed the transition, and what kind of precedent is set for other developers. Carenado is known for good-looking, easy-to-fly aircraft that are light on system implementation. As such, this airplane could be the perfect stepping stone from the defaults for someone new to flight simulation -- or for someone who just wants a little more oomph in terms of cruise performance.
‍

The real 182, and the 182T in particular, is often called the “172 with a hormone problem”. It is equipped with a Textron Lycoming TIO-540-AK1A engine rated at 235hp to FL200, and therefore provides for a solid cross-country platform. For this review, I’ve planned a cross country trip specifically designed to test these high-performance capabilities. I have about 5h as a cockpit passenger in the real airplane, so I expect to be able to comment at least something on the flight characteristics.

Installation was effortless through the MSFS Marketplace. Microsoft should really be applauded for coming up with such an easy means of customizing the new sim. The same can’t be said about the ease of finding the documentation, though, which took me over half an hour -- and a plea for help on AVSIM -- to find. Besides, the installation path varies depending on where you bought MSFS.

The documentation consists mostly of direct excerpts from the real POH, with little effort made to either adapt the content for the simulation or indicate what part of it is important for the simulation. After all, given Carenado’s current business model, one shouldn’t exactly expect to be dealing with a facsimile of the real airplane. All in all, the documentation leaves a somewhat lacklustre taste in the mouth, one that could certainly be improved upon, even at this price point.  Perhaps a tutorial could have been included?

This has traditionally been Carenado’s strong point, and the tradition continues here, although the modeling and texturing isn’t quite up to the standards of the Asobo default fleet. Indeed, the new defaults are such a significant step up as tech demos, especially (but not only) visually, that quite a few developers will have to step up their game in this department. I especially liked some of the small touches, such as the crap on the windows that made me think my screen was dirty. Externally, the rivet-counter squad will be happy to find that Carenado seem to have included even the smallest details. The doors and windows are openable, which is a nice touch compared to default functionality. As in the legacy versions of the airplane, the personal oxygen system switch is also modeled, but there is apparently no hypoxia simulation, so nothing happens should one forget to switch on the oxygen supply at altitude.

Overall, though, I can’t help but feel that the model and textures come across as a tad plastic and lifeless -- akin to a dressed-up doll. I don’t know the cause of this impression, but perhaps it is to be expected at this price point, where visuals are often used to make up for deficiencies elsewhere in the presentation.

From looking at other reviews of the product, the general consensus seems to be that the sounds are lacking somehow. However, I fail to find cause for such a statement. From comparisons to both YouTube videos and my own subjective experience, the sounds were sourced from the real airplane and represent it fairly well. Granted, they are not yet extensively using the new physically-based real-time digital signal processing that makes the default fleet feel alive, and neither were they authored from multichannel recordings, but they do the job.

In the future, though, Carenado might consider updates to their audio authoring pipeline to more closely match what Asobo have shown is possible. Currently, however, the unfinished SDK creates some obvious challenges in this regard. One reason for the complaints could be sub-standard audio equipment, for which Carenado could compensate by boosting the bass register somewhat.

Taking it for a spin

Unfortunately, it seems that at present, the airplane won’t start using the manufacturer’s published procedures -- instead, you have to lean the mixture, which is grossly unrealistic. This should be a priority on Carenado’s bucket list of things to fix. Once in the air though, the airplane exhibits trademark Cessna handling qualities, with positive stability throughout the normal structural envelope. Stalls, both with and without power, are tame and easy to control. As the real airplane does, this 182 feels notably heavier in pitch than the 172 does, which can make it easier to control. Carenado seems to use delay and input damping to simulate this, which works okay. The avionics fit is the standard Asobo G1000, which is okay but lacks critical features such as reversionary mode which displays a PFD on the MFD screen for backup purposes but is also used in training to hide the GPS screens for conventional navigation practice, which was done extensively at the flight school I worked at. Would be nice for Asobo to add this.

High-altitude, long-range ops is where this bird shines, however! To test the climb capability, I took her up to the published ceiling of FL200, IFR from KSAN to KGCN. Once I got the hang of the admittedly twitchy engine control manipulators (I thought I was leaning the mixture, when it actually became richer!) the climb performance was as advertised. It’s quite an experience getting cruise groundspeeds of 170-ish knots in a single engine prop! On landing, I noted an embellished floating tendency that I don’t recall from the real airplane, but I won’t vouch for its absence either. In general, the flight model feels more alive than in legacy ESP sims, but lacks the sophistication traditionally offered by higher-tier developers such as A2A. Feel, of course, being highly subjective in the static setups without control loading that most of us run.

The Carenado T182T is a high-performance single-engine piston aircraft with good (but not class-leading) visuals and a representative (but not impressive) flight model. If you want a fun-to-fly, high-performance airplane with a definite Cessna flair, take a look. If you seek the utmost in accuracy, your needs are better served by other, future products.

Carenado have published a patch that rectifies some of the aforementioned issues. The engine sound is now bass-heavier, and there is a tablet for controlling specific aspects of the aircraft configuration, such as external power (for show only at this point), as well as panel states for a cold cockpit, ready for taxi, and ready for takeoff.

Overall, the aircraft isn’t much to write home about. It has the minimum functionality for a passable experience, but not much beyond that. Carenado is like the Denny’s or Taco Bell of flight simulation, where quantity outweighs quality. It’s apparently a winning formula for them, one that I don’t see changing anytime soon. Recent releases like the Piper Seminole have some, but not much, additional functionality. Passable, but not good and especially not outstanding. 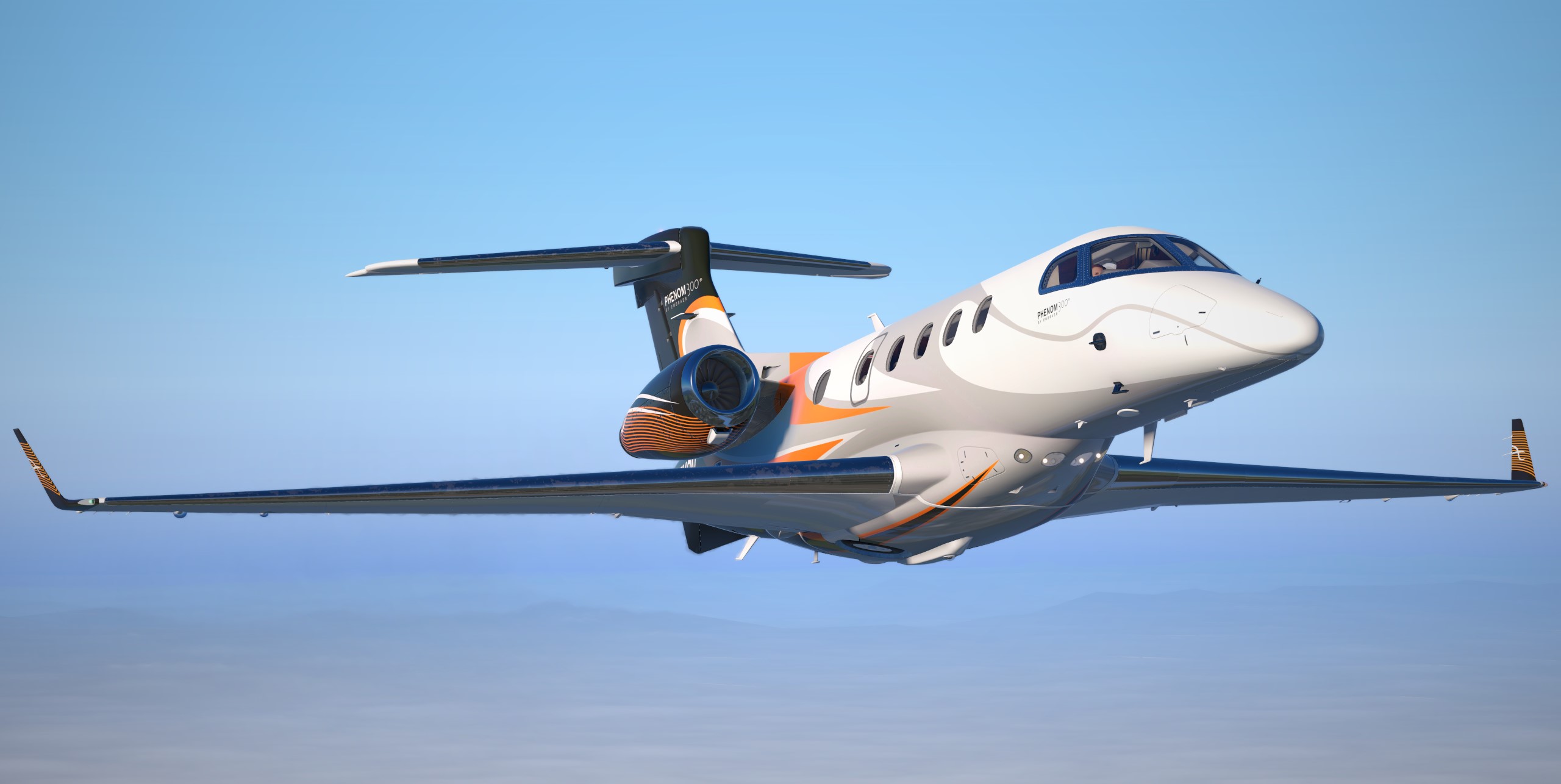 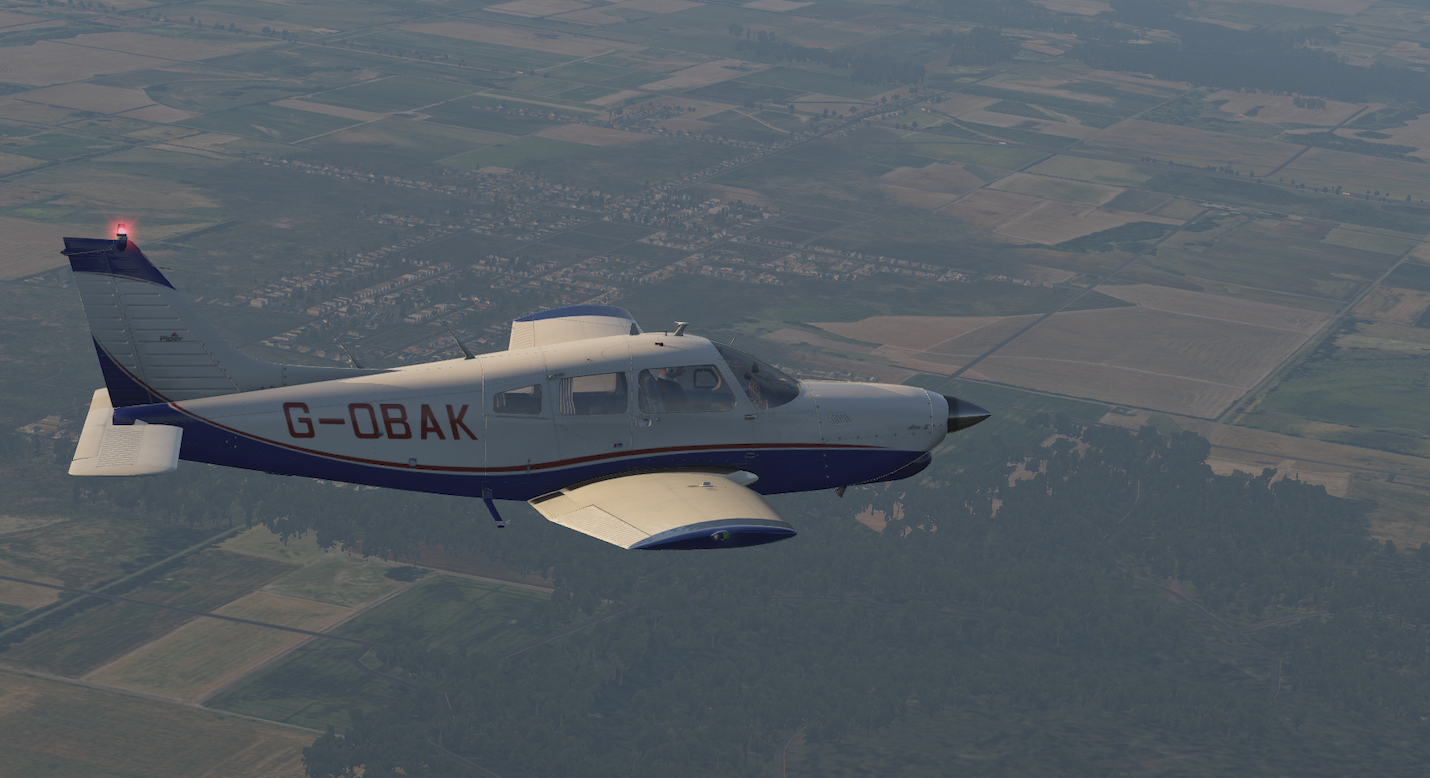 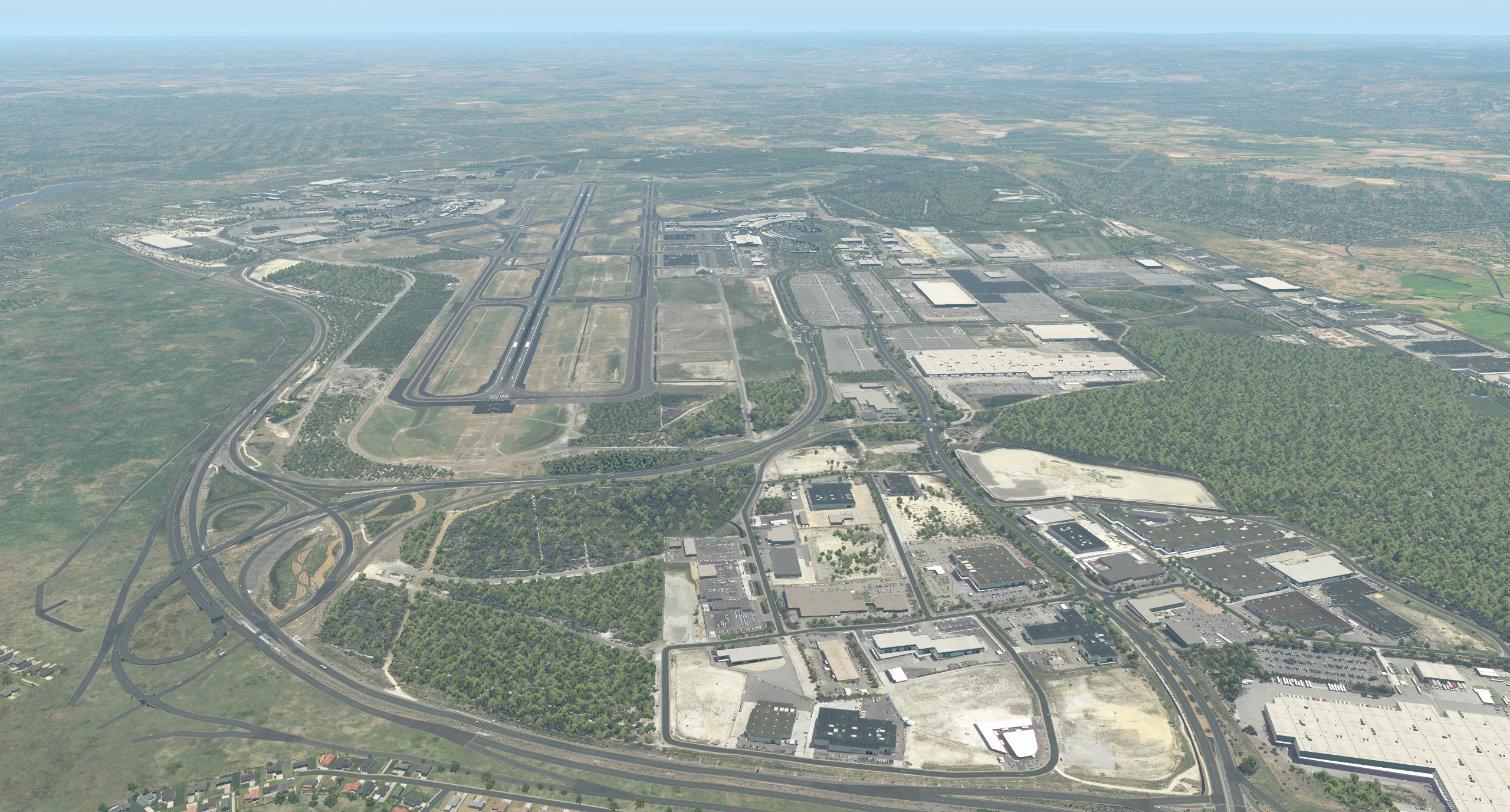