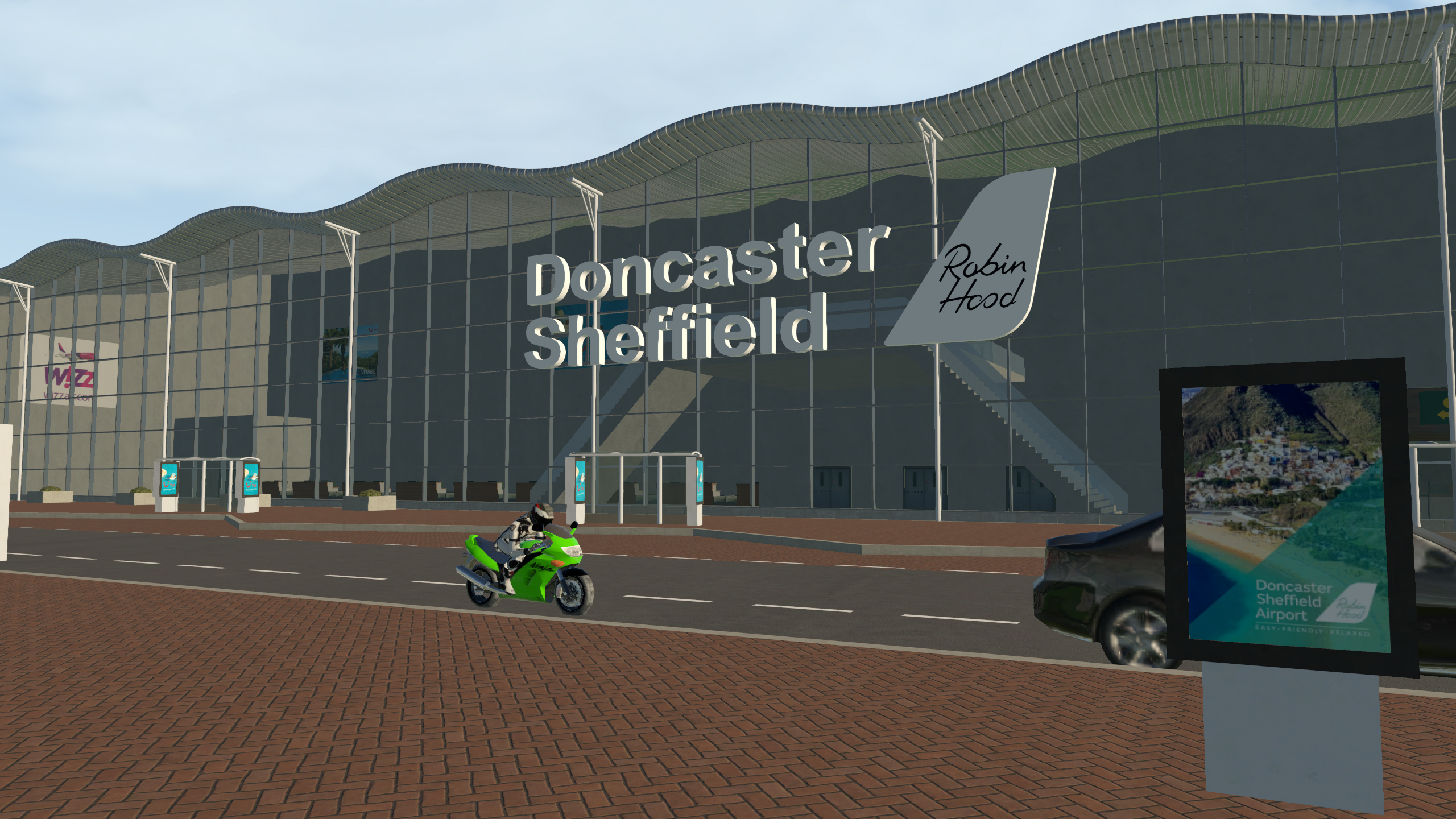 FLY X Simulations are a lesser-known developer in the X-Plane space. Founded in early 2017 by Joe, the lead developer, they set out to innovate the flight simulation industry. Doncaster is the second payware project published by FLY X Simulations, following their “Rovaniemi Rebooted”, a payware version of their previous freeware Rovaniemi. Although now working on payware airports, FLY X’s roots are in freeware. Their first 3 projects, Rovaniemi, Kittila and Lanzarote were all freeware.

Doncaster Sheffield Airport is an international airport serving over 1.2 million passengers yearly. The airport started its life as RAF Finningley all the way back in 1915 during the First World War as a base for the Royal Flying Corps. The station was a training station in the Second World War mainly training crew for bombers. Nearing the end of its military use, the station played a key role in the cold war when it housed the Avro Vulcan nuclear bombers. RAF Finningley was later decommissioned in 1995.

The installation of the scenery was the way we have come to expect for most X-Plane scenery, through a drag and drop into your custom scenery folder. Included in the download folder was a short, but completely adequate READ ME.pdf file including many details, including how to install the scenery (detailed above), Requirements and how to get in contact with any issues you may face (list not extensive, others items included in manual).

Upon loading into the scenery I did what most would do, explore. I used the free camera to explore the airfield and car park areas, etc. My initial impressions overall were positive: the airport has a good level of detailing in taxiways and modelling, and despite its rather small size, it maintains a busy feel - this is something I will revisit later. The terminal front is modelled to a very high standard with only a few small details missing that I would have liked to see. The overall texture quality throughout the airport is of an exceptional level, some of the highest I have ever seen. All textures are of super high quality and have great PBR applications throughout.

The taxiways are accurately drawn when compared to up-to-date resources like Google Earth and taxiway layout charts. The taxiways are also of very high quality, I will visit this again later. I’m very happy to state that high-quality textures are a common theme developing with this airport.

It is really hard to find a fault with the modelling, it really is amazing. The level of detail is at the right level for all objects, ranging from a skip (dumpster) to the main terminal building and hangars. A wish I have for the scenery would be to see animated elements using tools like Scenery Animation Manager (SAM) to animate the doors on the hangar shown below, though for the price point it is completely reasonable to not include or expect this due to the high price of a payware license. As seen on Stairport Sceneries website (the developer of SAM) a single scenery payware license is a rather high €178.50. With the lower price of the scenery, this would leave a lot fewer profits for FLY X.

Even though most objects aren’t animated, elements like this radar are animated very well with smooth motions.

The terminal is also stunning, with high-quality advertisements on display inside and out. The exterior is magnificent with the “waves” style roof modelled and textured perfectly. The bridges connecting the ramp to the main terminal are also very nice with advertisements plastered along the side of them.

The scenery also features a very nicely detailed 3D interior, split into two parts: the check-in area and the departures lounge. Both areas feature shops and seating areas as well as features specific to the area. Both areas do feature a Subway, I can’t tell if Joe just likes Subway or if he ran out of objects to use, I could only find one Subway when looking at the airport on various maps.

The five main hangars at Doncaster appear to be the same object just placed 5 times in the right location, although in my opinion, this is acceptable as in real life the 5 hangars are identical.

There are a few times when it becomes evident that the developer has used default elements to keep the price down, and this is understandable. But it would have been nice to see some more custom objects in the airport, mostly in ramp clutter. A prime example of a default object is the US Airways pushback tug, a sight you wouldn’t see at a European airport for obvious reasons.

A key point to take away from the modelling department when it is an in house object, once it a default library object is used, you can instantly tell. I feel it is just a slight let down to see so any default library objects in use as they are nowhere near as detailed and well textured as FLY X’s objects.

The groundworking is of high quality in terms of the textures and the placement. The placement is accurate, as shown through my (admittedly slightly crude) overlaying of a NATS taxiway chart onto the top of the scenery.

A good amount of time and detail has been put into the taxiways with many small details being added. These smaller details add to the overall realism of the rendition and are very nice on the eye. Some of these details include general dirt going down the taxiways, dirt added to the aprons, dirt borders to the taxiways and tar lines added to give the effect of the taxiway being more worm down.

The grass texture used throughout the airport is of high quality but a small line can be seen where it is repeated, not a major issue, just a small critique which could be fixed very easily.

The night lighting in the airport is good but is lacking in areas. It has a good amount of light at night but a lot of the ramp is left dark, so it would be nicer to see a bit more illumination of the ramp.

The terminal, on the other hand, is lit up very nicely. The advertisements are lit up and the interior is fully lit, top marks here.

The front of the terminal is also very nicely lit up, no faults to find.

The car park is modelled with great detail. It does use default library car parking objects, although I cannot really fault this as it is not really an area users will visit too often.

A small fault I found in the car park is with the entrance barriers below. There seems to be two barriers in one lane and none in one lane, a small nitpick, but should have been found during bug testing.

There are a few buildings outside the airport area with custom modelling. These buildings, like all the other custom ones, are of high quality. After a bit of research, I found these to be an airport hotel and a training building.

A recurring issue I find with the scenery is a lack of vegetation. If you compare the screenshot to the right with the screenshot I took from Google Maps Streetview, you can see a considerable amount of trees, bushes and other similar vegetation is missing. (Please keep in mind my autogen was on maximum for the purpose of this review.)

In conclusion, FLY X Simulations’ Doncaster is a great, well-rounded airport. It will find a great place within my UK flight operations and I look forward to flying in and out of here more.

The scenery features great modelling with superb texturing. The taxiways are also very detailed and are very accurate with nice small damage marks for extra immersion.

I would definitely recommend the purchase of Doncaster Sheffield at its price point, as it will fit well into any UK tourism operations, domestic operations or General Aviation flights.

I would like to thank Joe from FLY X Simulations for providing me with a review copy and letting me review his scenery. You can buy a copy of FLY X Simulations’ Doncaster Sheffield for $17.99 here. 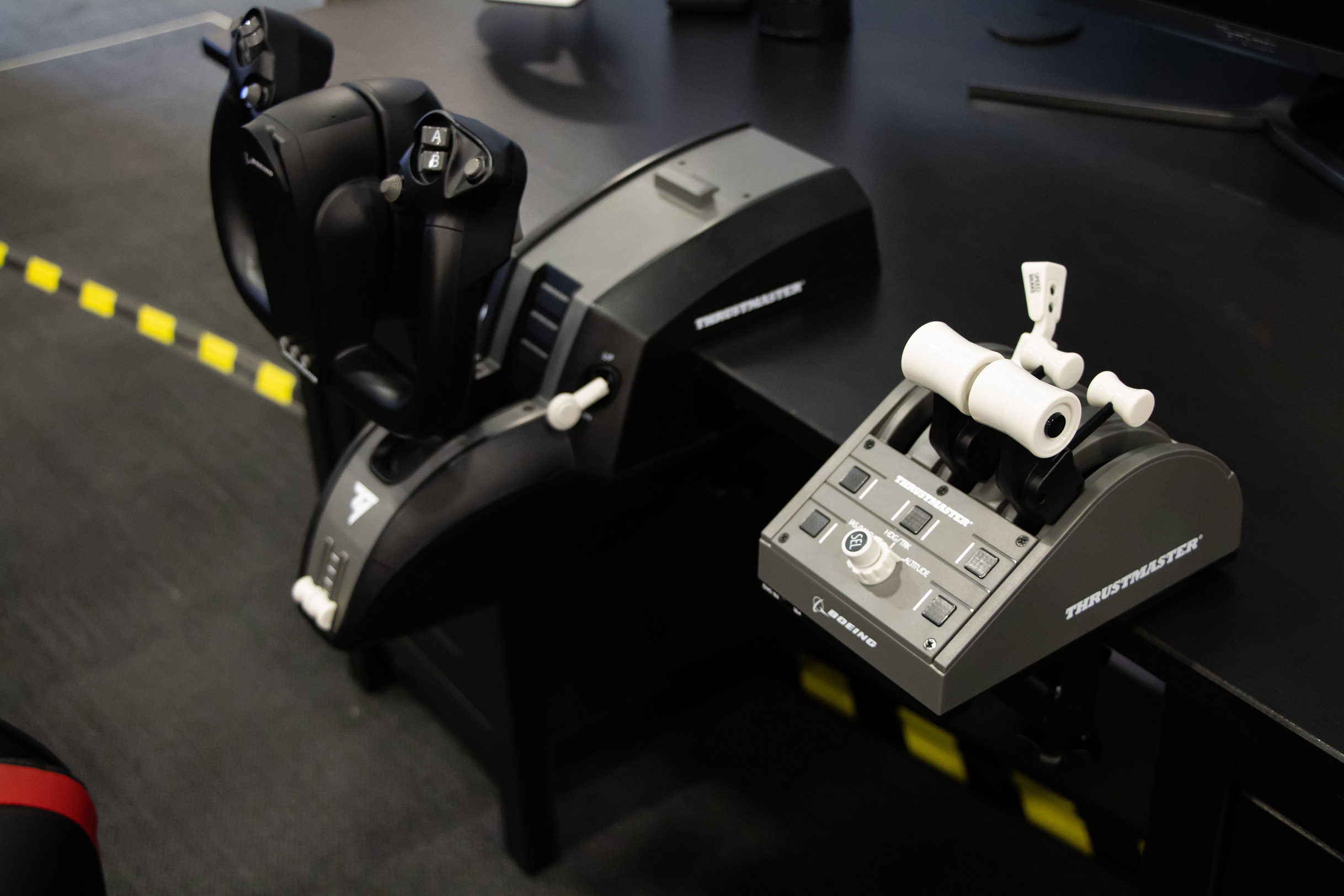 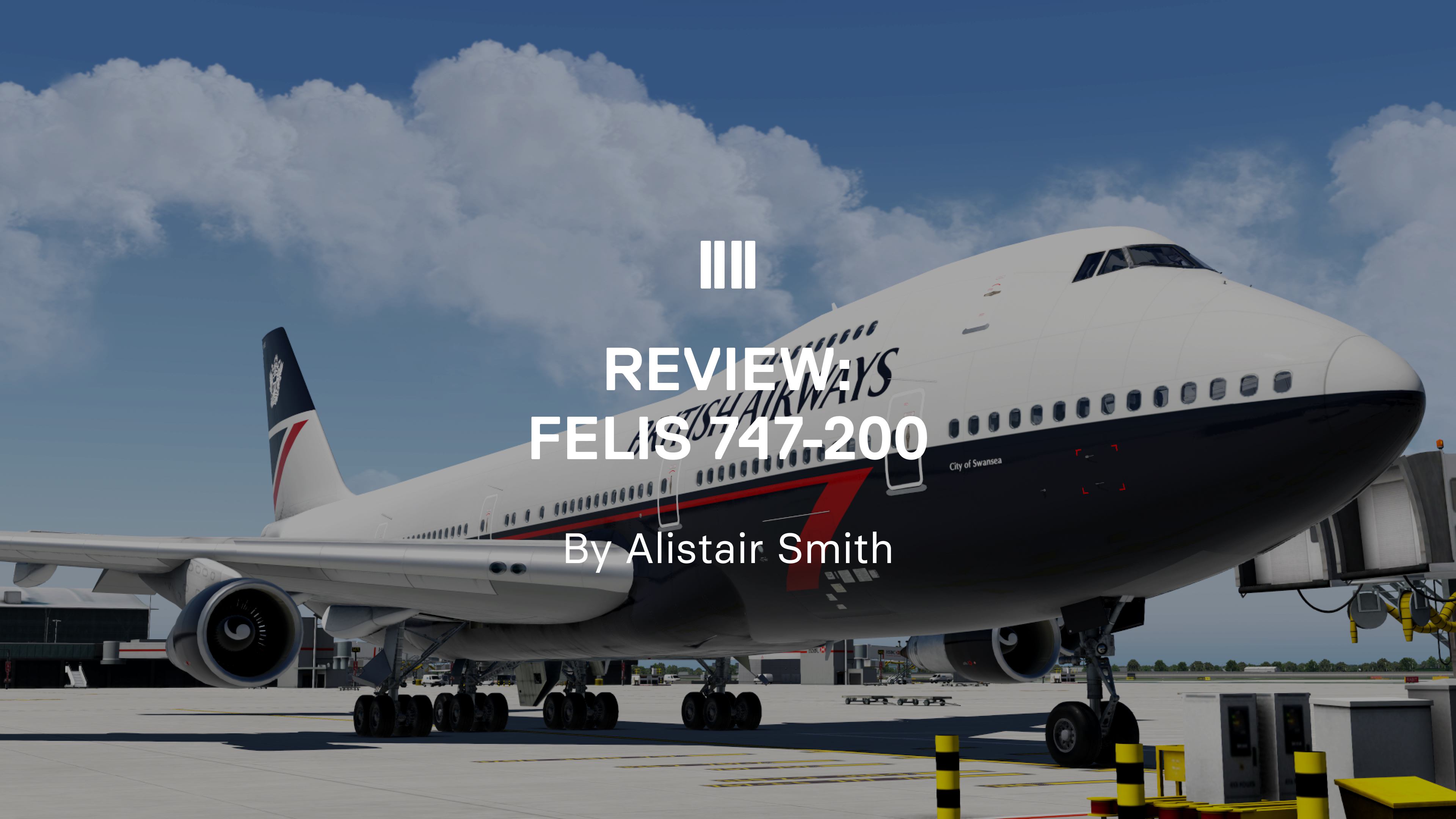 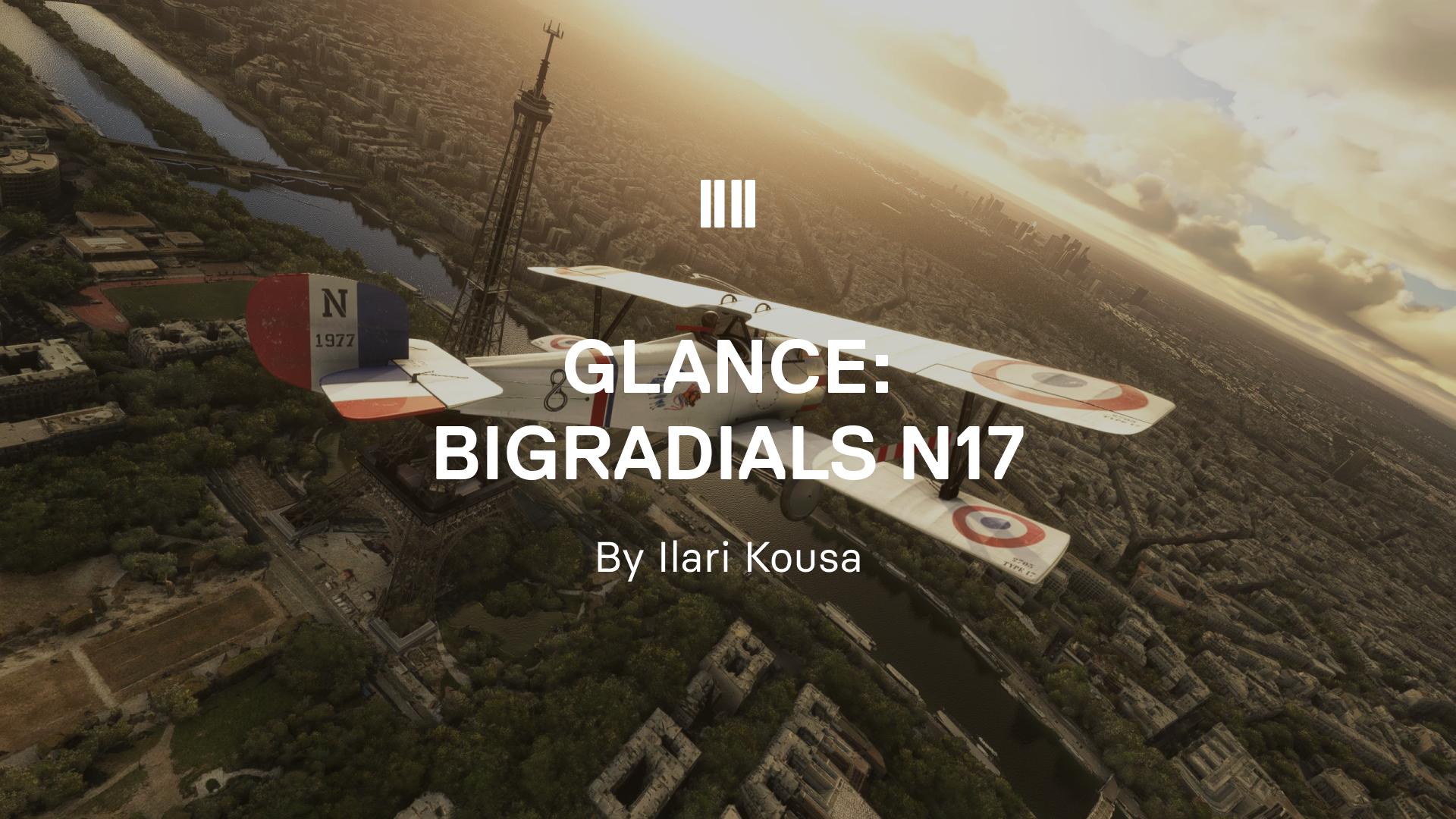 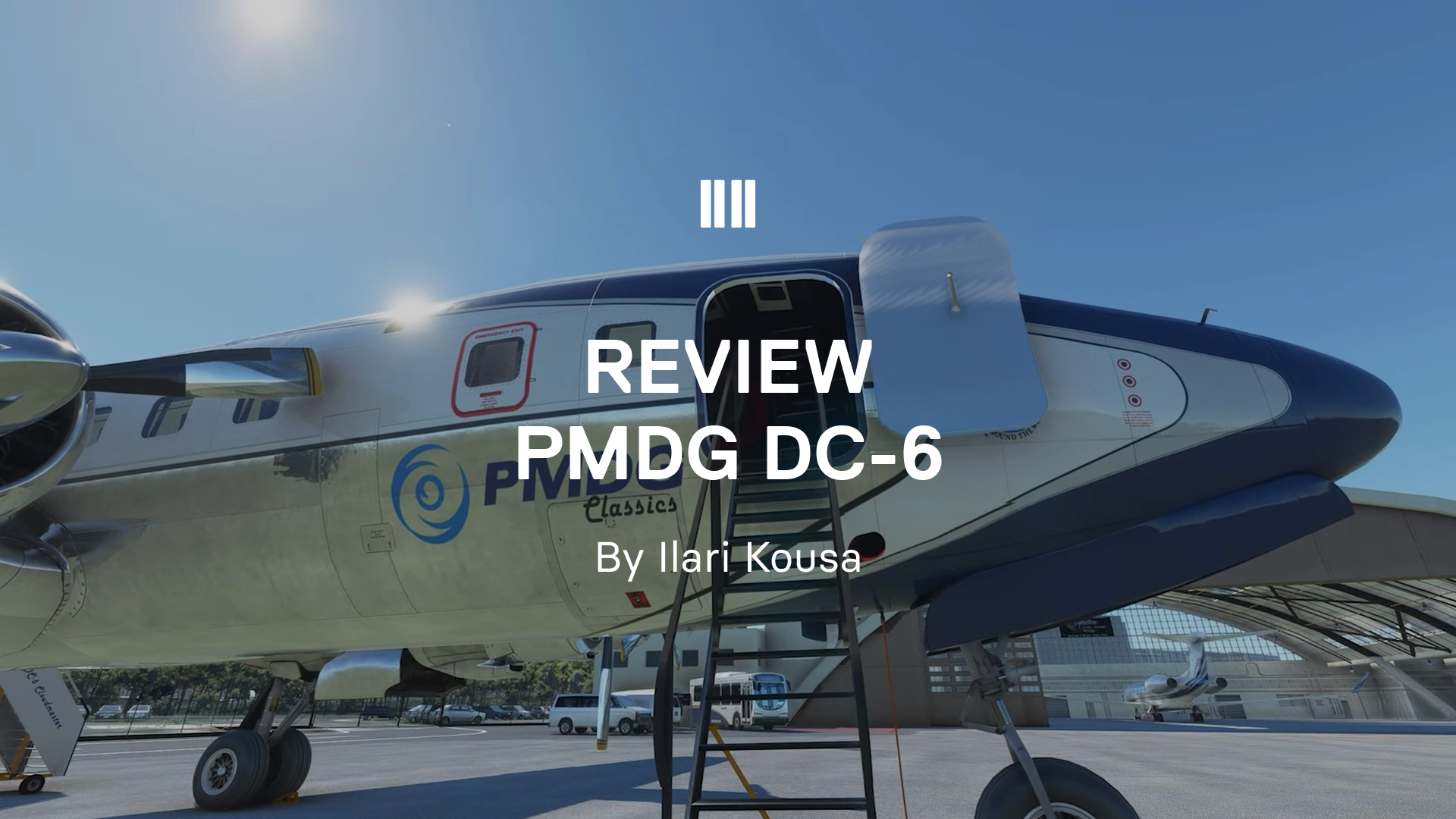