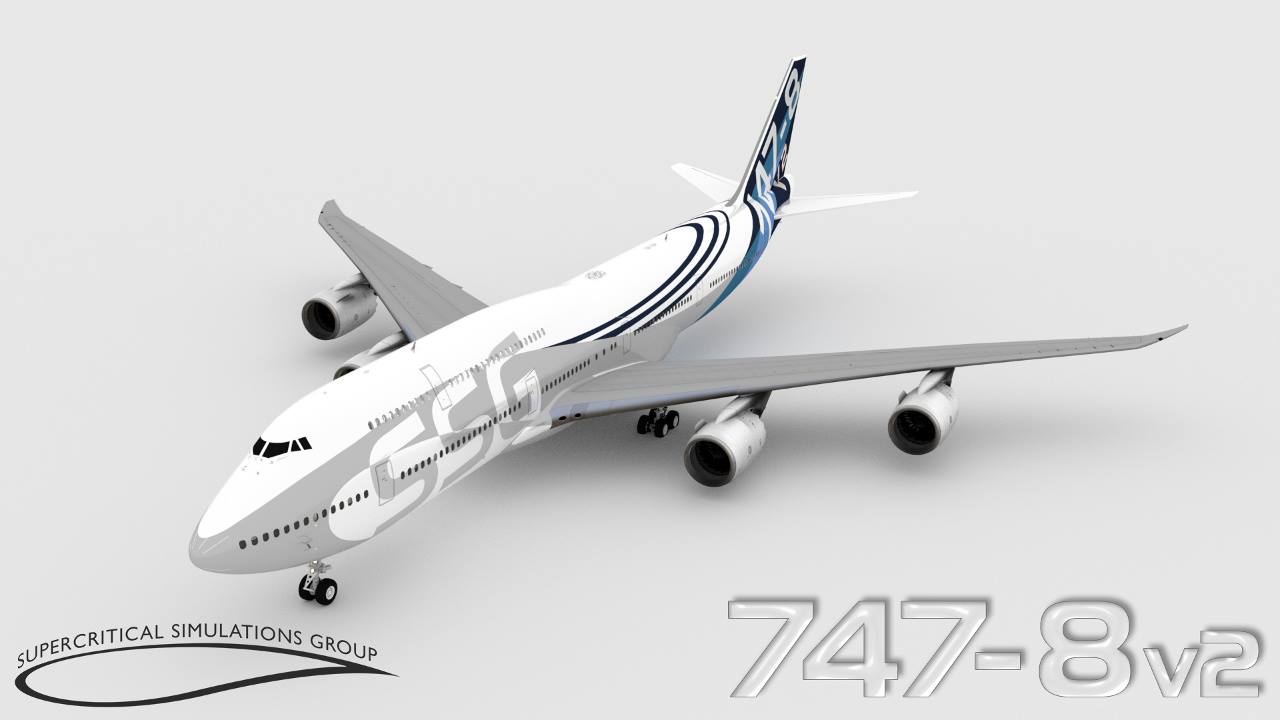 [Update - 0622z]: Article has been revised following the release of new previews from the SSG team, and the news that the aircraft will be releasing within 24 hours.

In follow-up posts on the same x-plane.org forum thread, Ricardo Bolognini gave us some all new previews of both the interior and exterior of their 747-8i V2, before revealing the plane is due to release within a day.

Only a selection of the screenshots are included here, so check out the development thread for the full set.

The release of Supercritical Simulations Group's (SSG) 747-8i is "very close", according to a post on x-plane.org. The first previews were posted in February of the exterior, and previews of the cockpit followed throughout the year. All images used in this article are sourced from these past previews.

"SSG is proud to announce the release very close of its long awaited follow-on to the SSG 747-8 Series," writes developer Ricardo Bolognini. "This is no mere update, in many ways it is a whole new aircraft, starting with the base model in Plane Maker working up to the 3D external model, 3D cockpit and systems/displays. It includes a new menu system using a tablet and a new sound set from Turbine Sound Studios (TSS). SSG is releasing the Intercontinental passenger version first and the Freighter will come later as a free upgrade for those who purchase the new version upon release. "

Three sections to the release notes were detailed, including the exterior, cockpit, and systems/FMC.

"The entire external 3D model has been redone." Bolognini then listed its features:

"The entire cockpit 3D model has been largely redone and completely re textured."

The final item is the systems/FMC:

Bolognini also added: "The textures for the entire aircraft have been redone to match the new model, along with decals for certain detailed areas, right down to most of the external placards, working closely with our technical advisors to ensure all the main details are present and that we have gotten them right."

Whilst no release date was provided, today's statement confirms that it is indeed just around the corner.

Thanks to Tyler (TestFlight) for submitting the news on our Discord server!