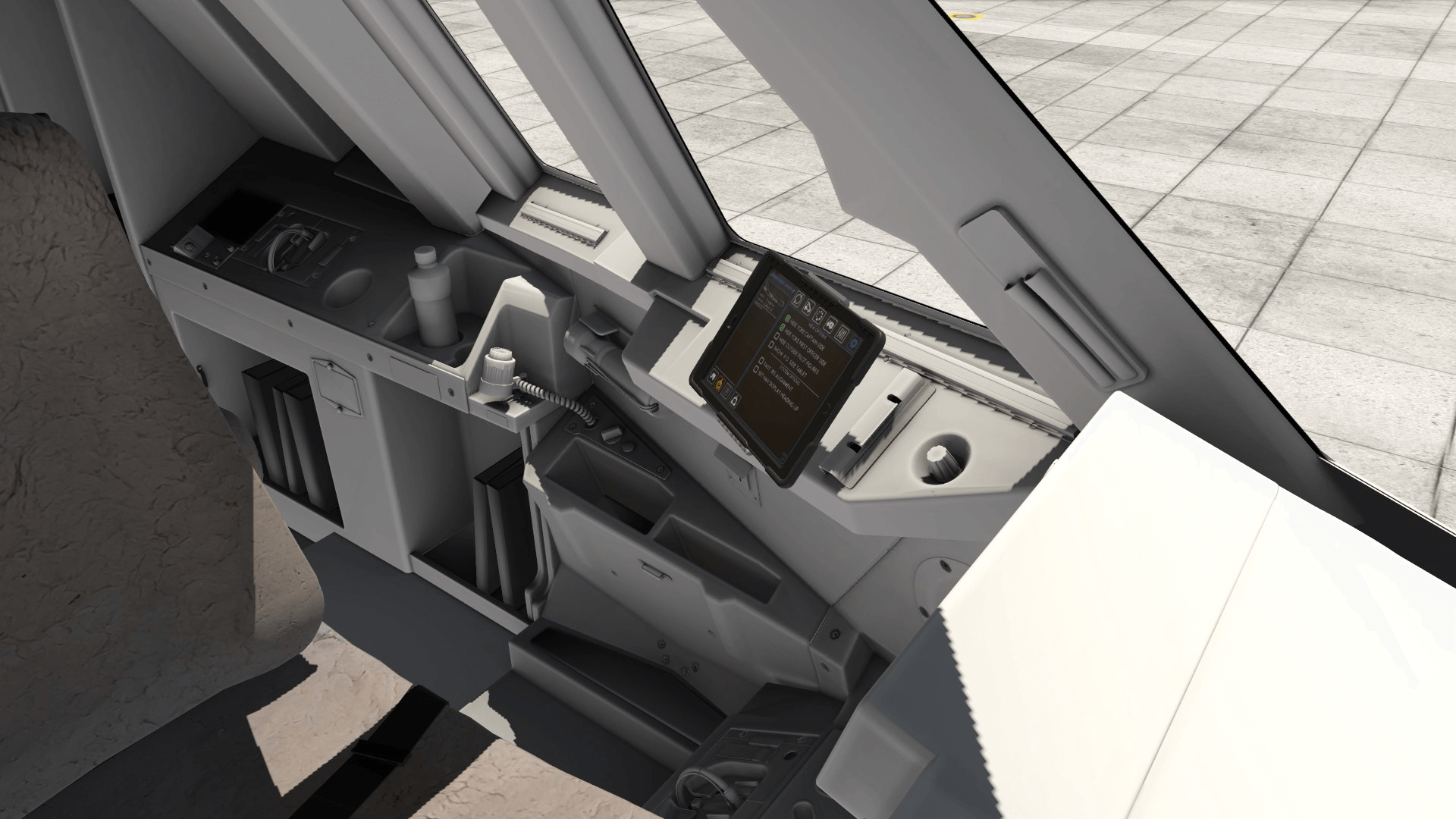 Supercritical Simulations Group, more commonly known as SSG, has posted on their Facebook page today to tease upcoming cockpit improvements for their rendition of the Boeing 747-8 Intercontinental aircraft for X-Plane 11, the images appear to demonstrate vastly improved 3d work across the flightdeck with better consistency in texture quality judging from the Ambient Occlusion baking.

The developers have been tight-lipped on their 747-8 aircraft since around the release of v2.3 in February of this year, but the developer particularly stepped out of the public spotlight on all aircraft series for both the B747-8 and their EJets Series since July.

As an informal teaser, SSG included no feature list for the upcoming v2.4 of the 747-8. However, judging from the images, the EFB UI has been slightly remodeled and retextured, which SSG substantiated in a small video, also on their Facebook Page.

If you are interested in purchasing this aircraft, you can find it on the .Org Store for $48.30 (excluding any applicable taxes.) You can also join the SSG Discord server to follow up with the developer. As always, Threshold will be sure to keep you updated on any further development of this aircraft.