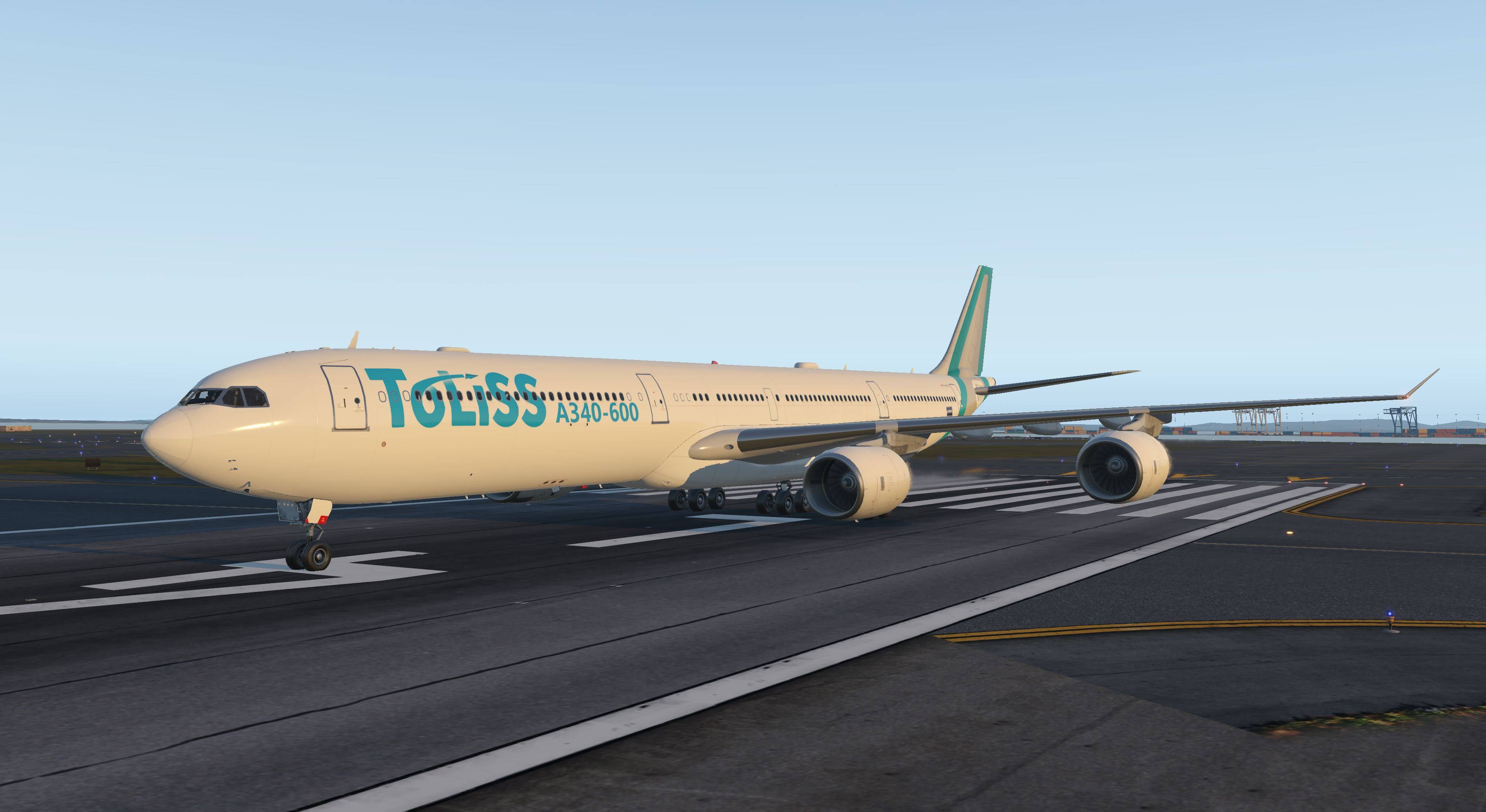 The latest and longest member of ToLiss’ fleet has arrived for all today, following the initial tease of the aircraft in August 2020.

ToLiss’ A340 ships with the normal suite of features ToLiss has established itself to be known for, such as the Interactive Simulation Control System (ISCS), and an in-depth system modelling true to the Airbus A340. Also new with today’s release is a “taxi camera” which simulates the tail cam installed on A340 aircraft.

Previews of the aircraft have been shared intermittently since that point, with larger sets of preview images and details being shared over the past month, building hype before release. Last week, a group of streamers within the community were also sent the aircraft to showcase to their audience. Streamers were given no restrictions on what they could share, giving the community the first real, unfiltered chance to see the aircraft in its flesh.

ToLiss has taken a new approach to visuals with the A340, as it now owns the ownership of the models used in the aircraft. This is contradictory to the approach used with their A319/321, where they simply purchased rights to use the model and did not have complete ownership of it. This doesn’t mean all modelling was completed in-house though, as modelling was still contracted to separate individuals and companies, such as Ekran Design, SamWise and SpeedM. This new ownership of models does mean that it will be much simpler for ToLiss to complete changes with the model if any inaccuracies were to be flagged after release.

Upon loading into the aircraft and diving into the MCDU, users will notice that there is a basic skeleton for the ATC Comm page. ToLiss has stated that ATSU with full CPDLC/PDC will be coming to the aircraft later down the line, as well as hopefully being brought down to their A32X. Also implemented in the A340 to function alongside this system, later on, is a pair of DCDU on the main panel.

Here’s the full feature list of the ToLiss A340:

In true ToLiss fashion, a master thread of liveries has already been created ahead of release, with many real-world liveries already having been created by painters in the community. Although it is to note that most liveries created thus far haven’t had access to the aircraft, as such many may not function correctly, or will not be completely accurate.

ToLiss’ latest aircraft can be purchased on the X-Plane.org Store for $89.99.

ToLiss’ other aircraft, which are still regularly updated can also be purchased below: