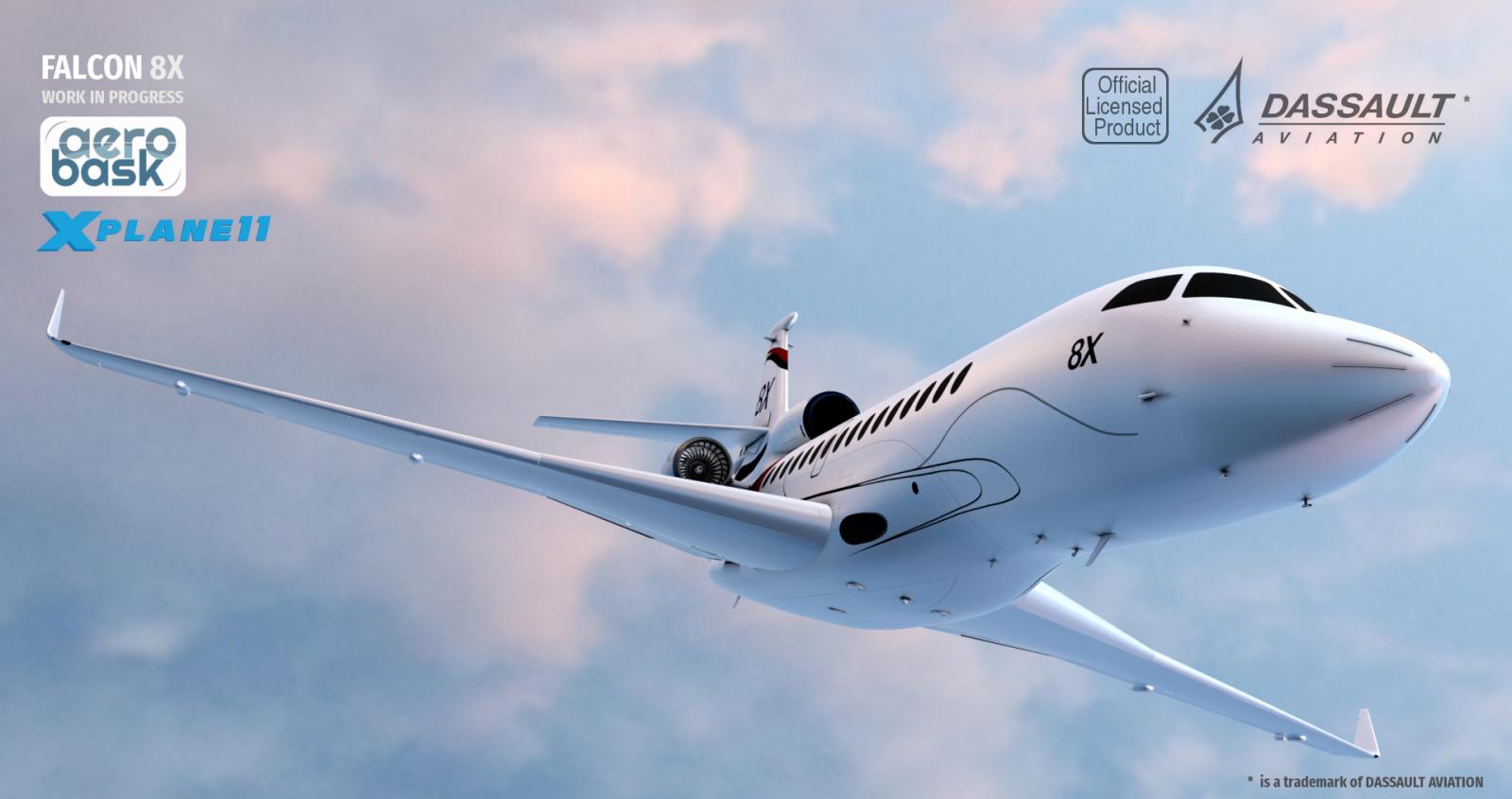 Aircraft development team Aerobask have quietly dropped the first in-sim preview of their in-development Falcon 8X via their Facebook page just a few minutes ago.

Their new project is in partnership with the aircraft's real-world manufacturer Dassault and was announced on March the 12th, to overwhelming community reception.

The new preview show the 8X taking flight, looking as though the exterior modelling is almost complete.

You can learn more about the in-progress Falcon 8X in a previous article.