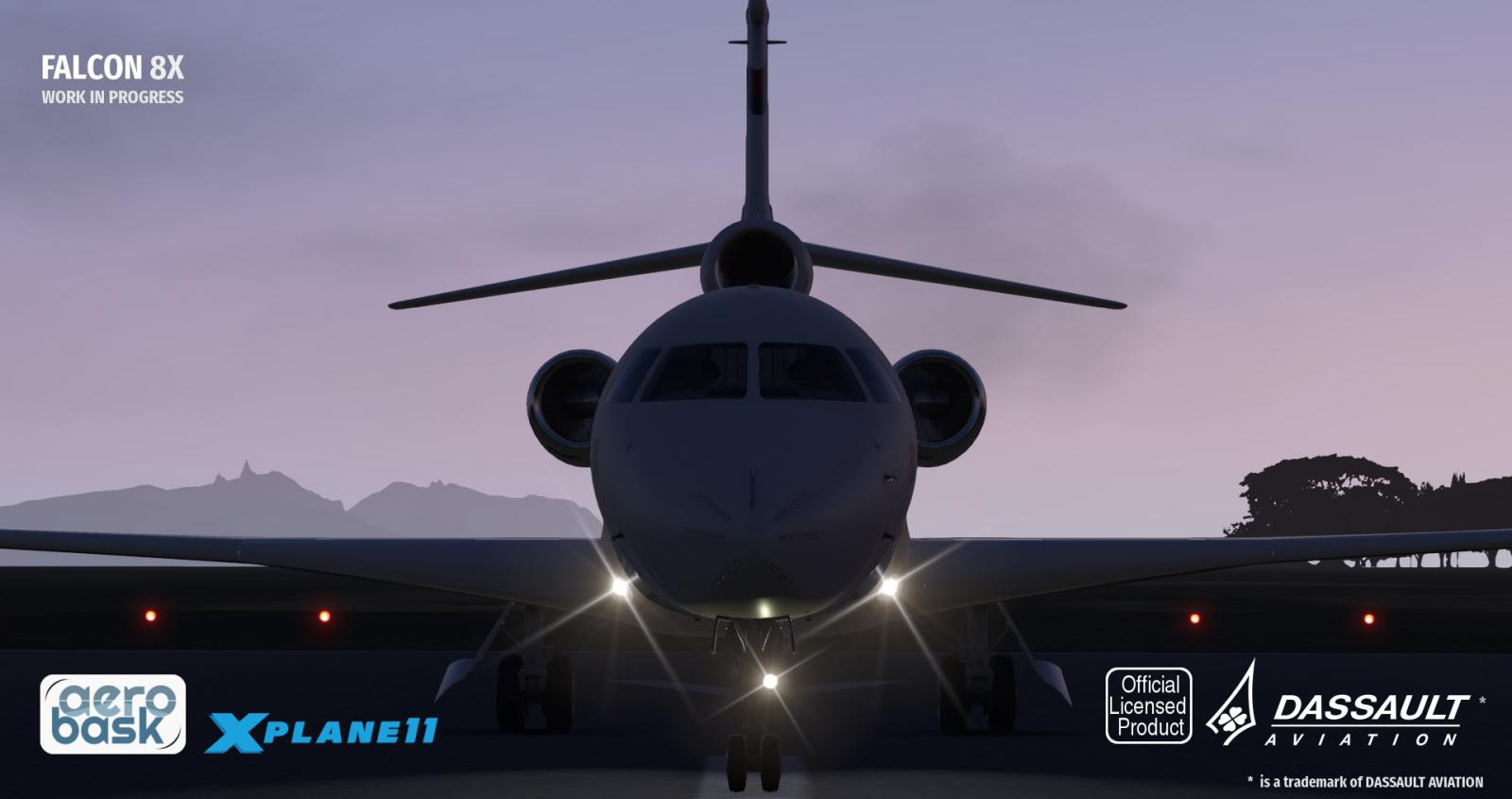 Aerobask has announced a direct partnership with Dassault Aviation to realise their Falcon 8X for X-Plane 11. Dassault Aviation is a real-world aviation company that makes the popular Falcon 8X aircraft (full details of the aircraft at the official webpage), and produced a range of aircraft since 1929.

The officially licenced model is being developed under the supervision and collaboration with Dassault Aviation themselves, and will include, according to the forum post:

* some features may be only available after future (free) updates

Aerobask most recently released their E1000 G1000 edition a month ago. You can choose to follow them on Facebook here.