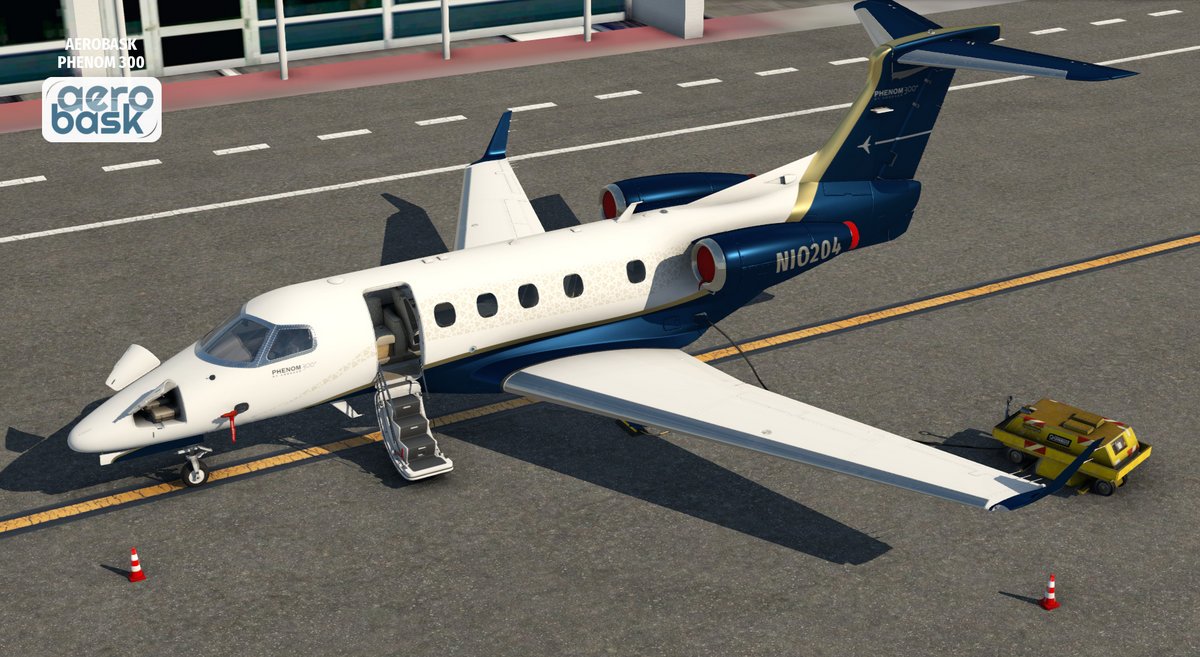 Less than a month after the announcement of the aircraft, Aerobask has released their latest bizjet for X-Plane. The Phenom 300 (EMB-505) is a Brazilian business jet manufactured by Embraer with a seating capacity of 11 people.

The Phenom is the latest endeavour from light aircraft and business jet developer Aerobask. The jet is the second in the last half-year released by the developer and comes at the time while the developer continues development on their Dassault Falcon 8X.

Thanks to Discord user Bjonar for tipping us off to the release in the Threshold Discord Server.

The Aerobask Phenom 300 is available to purchase now from the X-Plane.org store for $44.95.