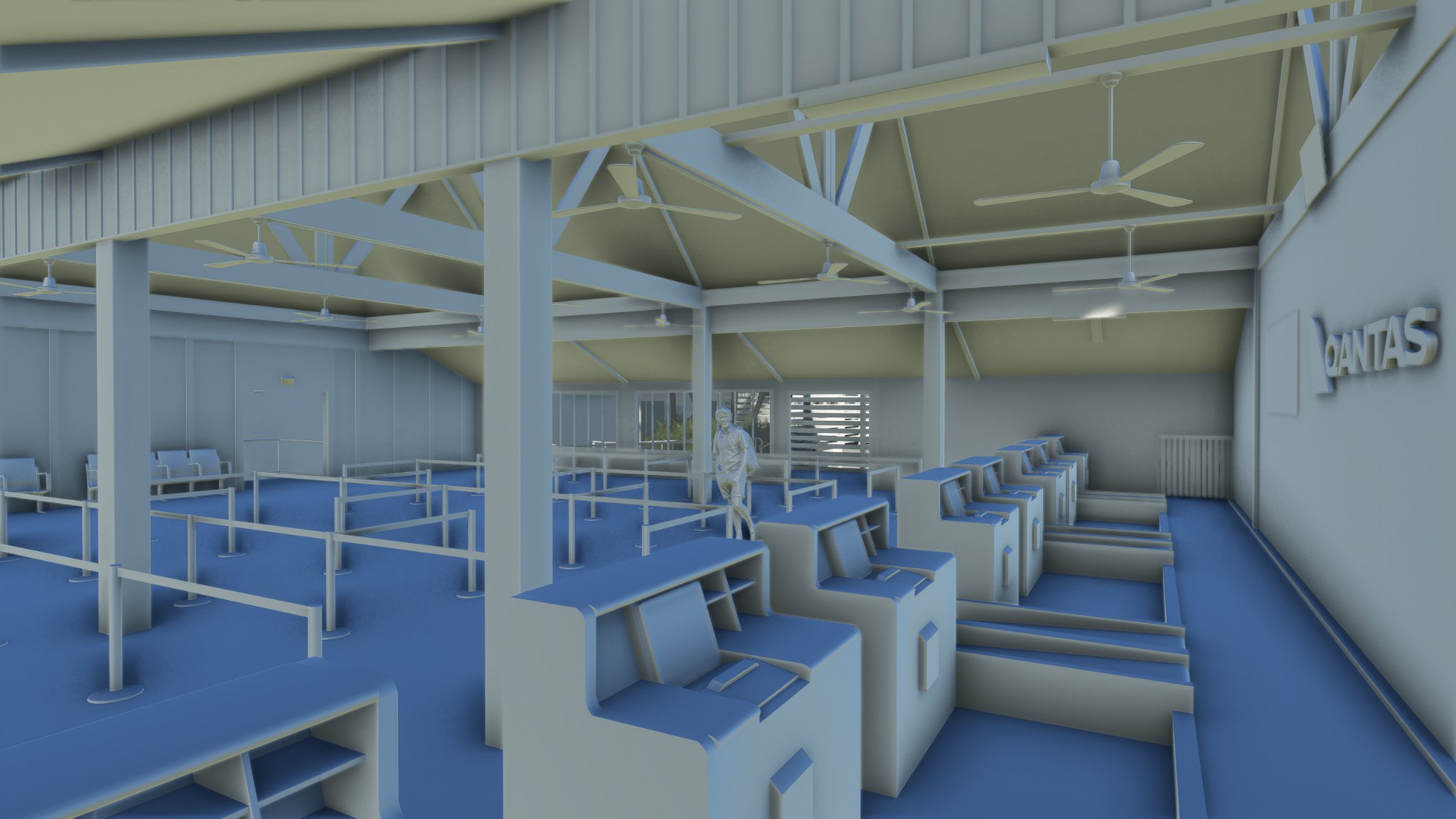 Australian tourist destination Hamilton Island and its airport, YBHM, has received more attention today in the form of a new development update from AUscene. The airfield is one of two projects the developer currently has underway for Microsoft Flight Simulator.

On release, Hamilton Island will move alongside the developer’s ‘Reefworld’ area scenery covering the Great Barrier Reef. The two will be offered as a bundle pack due to their proximity.

Today’s development update focused on the terminal’s interior, which the developer initially debated whether to include at all.

“After much consideration we decided to add the Terminal Interior and are excited to finally be able to share some previews with you all! Hamilton Island will be our most extensive product with plenty of details for you to discover at the Airport, Marina, Resort and Dent Island.”