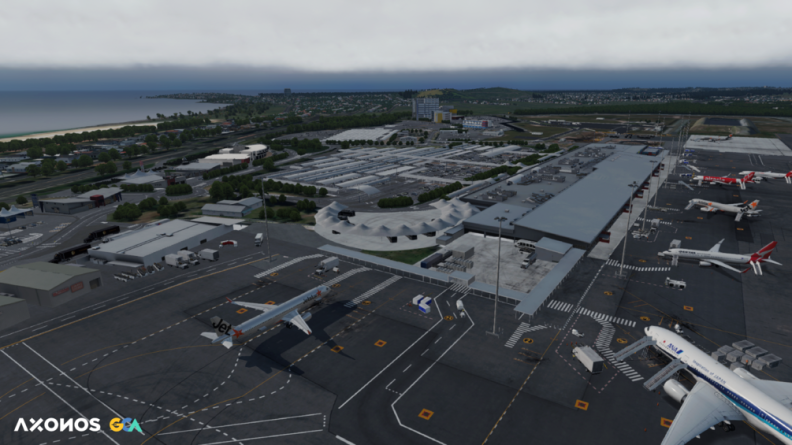 After the announcement of their 2021 roadmap at the start of the year. Axonos have released the first airport on the roadmap, Gold Coast Airport located at the southern end of Queensland. Their rendition has “been developed to reflect the most recent layout changes the airport has gone through, including an expanded apron area.”

Gold Coast airport is a hub for Australia’s Orange and Silver airline, Jetstar. Operating 8 routes (as of writing) across Australia and New Zealand, Simmers are not in shortage of routes to fly.

“Developed in parallel with the soon to be released Gold coast landmark package” as stated on the release page. The landmark page has been developed with Axonos’s most recent partnership, Prealsoft.

Along with the feature list Axonos released an official trailer:

Axonos Gold Coast can be purchased from their Gumroad Store for $18.88.